A post on some of the injuries and their surprising outcomes at the 2012 Olympic games.

The Olympic Games of 2012 are over, and the athletes have gone home with their gold, silver and bronze medals. However, that’s not all the athletes are taking home with them – many also sustained injuries while trying to do their countries proud. We take a look at some of the more significant and interesting injuries sustained by some of the World's top athletes.

Few Olympic injuries compare to the snapped fibula suffered by Manteo Mitchell. A 400-meter relay runner, Mitchell completed the last 200 meters of his preliminary race after having heard and felt the fibula in his leg snap. That’s dedication! He claims to believe that that is what most athletes competing in the Olympics would do.

Depending on an individual’s fitness levels, it can be relatively easy to pick up injuries, both while training and while competing. Speeding up or slowing down too quickly while resting on one muscle area can cause strain, such as that suffered by the Chinese hurdler Liu Xiang who also completed his event, the men’s 110-meter hurdles race, after snapping his Achilles tendon. Doctors say that they had spotted a ‘bump’ in his Achilles tendon prior to his running the heat, but they felt that he would be fine to go ahead with the race. The tendon snapped during the first heat, and he finished the race on one leg, making it an incredible never-say-die moment, and definitely one of the most memorable in this year’s Games.

It’s not just newer athletes and weekend warriors who need to be concerned about sports-related injuries. Even the greats are prone to injury and strain. Consider Roger Federer, who’s known to have suffered from a persistent back problem throughout the Olympics, and could be seen wearing supportive tape.

You might be surprised to know that people sustain injuries even while playing the most relaxed of sports, such as badminton. Poland’s Michal Logosz, captain of the doubles group, injured his ankle while playing against Thailand’s Maneepong Jongjit and Bodin Isara.

Canadian triathlete Paula Findlay is an example of an athlete who pushed through her injuries, only to have them crop up again. She’s prone to hip injuries and said that in London 2012, “I was sort of running through it”. Initially Findlay was trained as a swimmer, meaning that her body wasn’t accustomed to impact sports like running. Unfortunately her injury cost her the race in London, and she finished 52nd – the final person to complete the race.

Wenlock is the mascot for the London 2012 Olympics. Find out all about him an...

London 2012 is now a memory, but many of us will want to remember this amazin... 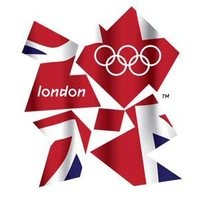 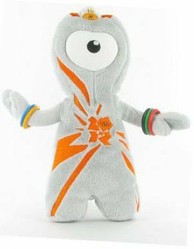 Wenlock is the mascot for the London 2012 Olympics. Find out all about him and choose your own Wenlock soft toy.
34%  2   4 whitemoss
Olympic Games 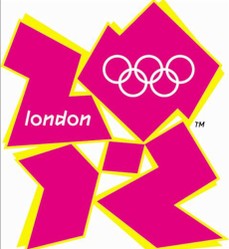 London 2012 is now a memory, but many of us will want to remember this amazing experience. You can still buy souvenirs of this wonderful event.
Loading ...
Error!