Being able to talk into a computer microphone and have it "nano-facture" (manufacture) what you want sounds science-fiction, but really, it's science-fact

While you and I are sitting at home writing articles on Wizzley that inform and inspire others, there are high tech scientists working on things we can only dream of creating. They speak in lingo that a highly trained biochemist would be baffled by and they play around with things so tiny you couldn't see them with the most expensive consumer microscope out there. Lucky for us, they are working on things that many of us would love to see come out in our lifetime like replicators, transporters, phasers, just to name a few.

Speaking of replicators, a device captioned on Star Trek- well all of them, that can instantly take air molecules and sequence them into just about anything. The theory is that if you can control individual atoms, sequence them (move them into configurations and latch them together so to speak) that you can generate anything. All things are made of the same atoms just sequenced in different ways to create them (to put it very simply).

All you would need, according to Star Trek theology, is the "pattern" which would be a very powerful and intricate CAD file that tells the computer how say a bowl, soup contents, and a fork would be created (separately). In this article I'm going to share with you what I've learned about these things.

I've long been excited about how just about everything ever created on the television show and motion picture franchise Star Trek has come to life in the real world. I knew it was just a matter of time before the whole enchilada was created and the show's "magic" had to rely more on people's ohh-ing and ahhh-ing about the dialogue and those spiffy uniforms than the technology which one day may become all mainstream. (the irony is that that would mean the show really did depict the future pretty accurately- technologically, that is).

What Icons Of This Great Franchise Are Now Real Devices?

There was the cell phone characterized on the show as a small flip open "communicator" and what became incredibly similar to the flip phone of the late 90's and early 2,000's. Bluetooth came in "The Next Generation" when they moved the communicators into the iconic badge and fitted everyone with an inner ear piece- also the universal translator (now an iPhone app).

Next the GPS concepts and Satellite phones (which were already in planning stages), the tri-corder is even a real device now and just as sophisticated (and getting closer) as they portrayed theirs on the show to be. Flat screen monitors today make even Star Trek's original screens we marveled over, look archaic.

The iPad brought the tablet computer prominently displayed on the show, and they've even figured out the phasor, or was it phaser? A "ray gun" that works by mixing the more physical nature of photons (light molecules) and sound technologies together to generate a disintegrater. They've even figured out a transporter, but what comes out on the other end is like a leggo set poured out instead of a completed... whatever was being transported (literally like what was portrayed in "The Fly" but less sci-fi and scary.

They are now itching very close to creating the first replicator that actually does what you see the Star Trek model doing. It will likely be decades or more before it's a working streamlined concept but the actual concepts are in play as to "how" to make it work.

Not all of these technologies are mainstream or even available to the common person (I'd say general public but we all know the wealthy can access or have anything built that exists), but they do exist and are being perfected as I write this.

(not bluetooth device here but in the show) 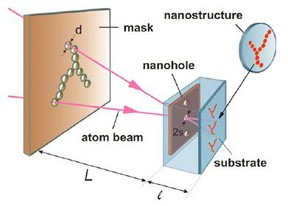 replicator technology becoming a reality. The first one is a Russian Academy of scientists project that they have demonstrated has the potential to create an array of identical atomic nono-structures that they can control and shape into a variety of shapes and sizes.

This is basically creating the building blocks of how they will "sequence" atoms into configurations that become actual things. Likely at first they will be unrecognizable as anything useful but as they develop the "how" they will next develop and evolve into the how to put the pieces together like Lego's!

How Does It Work?

I could tell you, but then I'd have to hand you an aspirin for the headache it would create, however here is a layman explanation I found in my research:

I love the intro song to Star Trek Enterprise: Faith Of The Heart

The closer to our time Star Trek Series/Version

You can read more detailed, headache provoking (but fascinating if you can weed through the sci-speak) explanation of how the technology works and is being developed here. 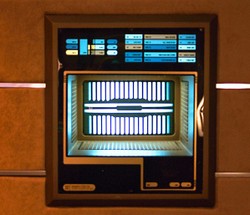