Steve Jobs was a lot of things to a lot of people but what he's best known for is changing the landscape of almost every genre especially the music, smart phone, tablet PC, and MP3

I just read the biography book written about Steve Jobs life (and he never got a chance to read it!) and was blown away. I'm an avid PC user but have always enjoyed the elegance and power of the Apple brand.

When Steve died I felt the world lost a brilliant innovator. Sure he wasn't a very nice guy to many but he was a master at motivating people to do their best, even if they didn't yet know what that was.

I was horrified to learn of his death, I can only imagine how much the world would have evolved in technology and the coming iTV concepts had he just made it another 10-20 years. Luckily he had drawn up plans for the next year or more because he anticipated his passing... We'll miss you Steve, this article commemorates his memory.

California Gov. Jerry Brown officially declared Sunday (10/16/2011) Steve Jobs Day in California. The company Apple is holding an invitation-only memorial event for Steve Jobs at Stanford University. Below are some amazing videos of Steve Jobs including his speech at Stanford (I think it was Stanford :) )

The other is one made out of sounds from Apple computers created by a musician called AzR. Here’s how he describes the production of this profoundly moving work of art:

“I made this song using only sounds from Apple products and Steve’s 2005 Stanford commencement speech. Every instrument, including drums, has been sampled from a Mac product, tuned by ear, and replayed in the context of the song.”

One of Steve's greatest quotes besides "Stay Hungry Stay Foolish" (he quoted from a magazine called "The Whole Earth" on their last issue... is:

“Your time is limited, so don’t waste it living someone else’s life.”

Be sure to watch the speech below for more context to those and an amazingly uplifting speech that changed many lives including my own! Before the videos I want to commorate Steve myself...

RIP Steve Jobs CEO of Apple, Former CEO, Pixar, Next, and many others

Steve Jobs changed the face of the world through technology and innovation that will live on for a great deal longer than his life time. He was an amazing man who knew what it took to rally the troops to make things happen.

Many called him abrasive, because he was, but only because his dream was so clear to him that he wasn't going to let anything or anyone get in the way of making it happen. Some called him driven, and he surely was... But above all, he was a world leader of a different sort.

He turned a company like Pixar into a new way to make movies and now we have some amazing animated movies that wouldn't have been otherwise. He paid a mere 10 million dollars for the company (bought from Lucas films, it was previously used to build the star wars special effects), and sold it less than 10 years later to Disney for a whopping 7.2 billion dollars! (give or take a few million).

Apple at the time they fired him (well 10 years later) was starting to crash and flop- when he came back to them it superseded any dreams he or the company could have had. I worry that Apple may fall victim again to this fate but hope not... So far it looks good and Apple is still thriving (and working on the iPhone 5).

Below are some great Jobs moments, especially the speech he gave at Standford (I think it was). Very brilliant words from a brilliant thinker. The second video is a compilation of music using only sounds from Apple computers and Steve's own voice (from the speech in the first video). I scoured YouTube and found some of the coolest movies you may never have seen!

RIP Steve, you will be missed. My heart sank when I heard of his death- I was just about to get my first iPhone (waiting for version 5)... I just watched the special called iGenious on television last night- wow.

Music Made ONLY From Apple Products!

Documentary Aired On TV 2010- watch this first one on youtube and watch the subsequent parts (at the end it promots to part 2, 3, etc...)

Continue this documentary by clicking part 2,3,4, etc at the end 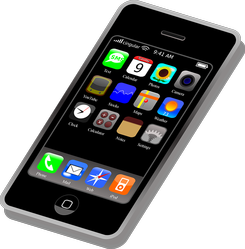