Everyone dreams and many people are interested in dream analysis. What do our nocturnal internal visions really mean?

What do dreams reveal?
Many people spend a lot of time analysing and discussing dreams but I am not one of them. I am making an exception today. Many books have been written on the subject and there are people who will tell you they can work out what your dreams mean.
Dream diaries are one means of personally keeping track over your dreams and learning from them. The idea is that you keep a notepad by your bed so that when you wake in the night you can jot down what was in your last dream while it is still fresh. After doing this for a while you may find various people and characters and themes emerging, or then perhaps not? I tried it for a few weeks once but couldn't make much sense of any of the details I had noted down.

Painting of a dream

That is the trouble with me - I have a vast number of dreams on a regular basis and many are very weird and hard to describe in words, whilst most involve people I don't know in this life and may take place in places that are also not part of my conscious experience. They make sense to me in the dream at the time and are as real as anything else but after awaking a lot of it seems like nonsense and I find my life is generally far too busy to spend time trying to work out what I was doing when asleep.

I had one last night that I was thinking about later and for a change it had someone I know in it and I was able to come up with an idea of what it is all about. This inspired me to write this.

Find out what your dreams mean

Steve Johnson and Bard of Ely on the radio

Dream of a radio station

In my dream I was in a radio station studio with a panel of dials and buttons, faders and knobs, screens and strange devices and I was accompanied by my good friend Steve Johnson. Steve is a radio presenter and DJ of many years experience and has worked on many local radio stations in South Wales where I used to live.

Steve was also a singer and rock musician at one point in his career and he has kept up his interest in what is happening on the music scene in South Wales and the Valleys. I have been on his shows on Red Dragon FM, of Radio Wales, on Valleys Radio and on Bridge Radio, both as a quest for a spot of chat and as a live musician. At one point in the late '90s Steve was also my lecturer at college when I was studying for a BTEC Diploma in Media Studies.

So, yes, I know Steve Johnson very well and I know he thinks I am well-suited to working on the radio as a presenter myself because he wrote me a great reference saying so. Now, all this fits together because I have for the past few years been trying hard to get taken on by any of the radio stations here on Tenerife. So far with no luck.

Sweet Dreams are made of this

Wanting to be a radio presenter

In my dream Steve leaves me to put a show together and goes out of the studio. I look at all the knobs and dials and slots and players and am lost. I realise I don't understand how to use any of it and am panicking. I am thinking here is my big chance to be a radio presenter and I am unable to do anything and I cannot even ask my friend because he has gone. I start looking at the controls on the dashboard and panels and it all looks like something from another world. It looks like technology I have never seen in this life so I am thinking how can I use controls when I don't even know what they do. Then I wake up.

Thinking about this dream later I have worked out it was presenting a friend I trust who could help, but he can only help so far and this is why he leaves. It was showing me a situation that reflected my so far failed quest to be a Tenerife radio presenter, and it was highlighting a problem that I have - I am very technophobic and useless with mechanical stuff and electrical devices. In the dream this was represented by the studio panels I couldn't recognise or use. I woke up because I was unable to get any further with any of it and it was too upsetting to be in the situation.

Many years ago I had a dream I can still remember in which I was sat in lotus position and somewhere in space. A woman who was also me left the male part and went walking through the stars until she came to a large and old shop front with a cobble-stoned courtyard. She didn't enter but returned immediately to the male still in lotus position and we merged as one at which point I woke with a real jolt, which was something that often used to happen to me anyway.

A friend of mine called Richard who was into the works of Carl Jung who wrote on the subject of the human psyche, said he thought it was the animus (male half) and anima (female) separating, recognising each other and joining again.

Many people believe that we have astral bodies that travel out of the body on the astral plane whilst we sleep. Some people can do this at other times and it is known as astral projection. I used to correspond with a author called Vee Van Dam who wrote extensively on astral travelling and on the abilities you have in this state and the beings you can meet whilst out of the body.

Many people who have thought deeply about life have concluded that life is an illusion and a dream and we are all the dreamers dreaming it.

A reference from Steve Johnson

I have known Steve Andrews for 10-15 years. I first came across Steve as a musician/performer on the Cardiff music scene at festivals and concerts. Once you have seen Steve in action, you don't forget! Later on, I was his (BTEC Media) Radio lecturer at Coleg Glan Hafren college, Cardiff. Steve was an attentive, knowledgeable and personable student with a never ending range of anecdotes. I have also interviewed him on several BBC and ILR radio stations. He comes across well on the air, has a very comfortable broadcasting style, is a good entertainer, and has a deep knowledge/love of a wide range of music.

Hope this is of use to you

Thanks for commenting! I go through phases when I am interested in my dreams and other times I just get on with my waking life.

I find that dream with you in a lotus position very interesting. Dreams when I float or fly are wonderful. i do think these are special in some way.

Mysterious humming sounds are known as Hummadruz - CJ Stone re... 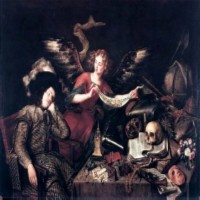 Wizzography for The Bard of Ely whose real name is Steve Andrews. Here you can find out more about him.
20%  2   2 BardofEly
Book Reviews 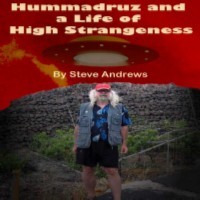 Hummadruz is a word made up of "Hum" and "Drone" and "Buzz". It describes a strange humming sound. It is a mystery.
Loading ...
Error!