The Tarepanda is one of the cute characters created by the Japanese company San-X. Here is the story

The Universe of the Tarepanda

Recently this cute little panda seems to pop up everywhere I go. You may already have come across the so called "Tarepanda" as it had it's first appearance in 1995 in Japan, and has since then steadily spread across the globe.

So welcome to the cute and relaxed universe of the Tarepanda!

The Japanese word "Tare" roughly translates to "droopy" and as the designer Suemasa Hikaru felt tired and worn out at the time of the character's creation, it was named "Tarepanda" the droopy panda.

Despite being released during difficult financial times in Japan the Tarepanda became an enormous success as people felt sympathetic towards the worn out panda, and related the feelings of the panda to their own life.

In the world of San-X there are many cute characters, such as the relaxed plush bear Rillakkuma and the Nyan Nyan Nyanko kittens, and each of the characters has a unique story attached to them. San-X is the competitor to the Sanrio company who is behind the ever so popular character Hello Kitty.

Usually to be found lying flat on his tummy as he is tried the Tarepanda is casual and relaxed, and only ever moves by rolling over at an incredibly slow pace.

His favorite food is mochi (Japanese rice cakes made from glutinous rice which are often presented in the form of a round cake or bun stuffed with fillings such as sweet red bean paste.)

Tarepanda is cute and soft and is very slow at everything he/she does due to sleepiness (It is not exactly clear whether the character should be "he or she")  His absolute favorite is suama, a kind of mochi rice cake made by mixing and kneading steamed rice with white sugar.

The character was originally introduced on stickers and then later on erasers and letter pads which became huge hits. Tarepanda's universe has extended to also include picture & sticker books as well as games, and the cute character can also be found on a variety of accessories such as towels, clocks and even snacks.

Tarepanda has certainly been around for a while in Japan, and is just one of the many characters from the Japanese world of Kawaii (almost anything cute and adorable), so if you are into the cute and cuddly it's not hard to understand why this little lazy panda has warmed so many hearts.

So enjoy the world of Tarepanda, and be sure to have some rice cakes ready!

Thank you for stopping by Sylvestermouse, WordCustard & Brenda.
I sometimes feel like tarepanda too :-)

This little panda is adorable! I can see why it would be such a success.

What a sweet little panda the Tarepanda is! Could this be the new Hello Kitty? I think we all have days where we feel like Tarepanda, especially first thing in the morning! :)

I've never heard of Tarepanda before. Thanks for the introduction.

Get the best deals on the hot new toy in big demand bobble bots the robotic c... 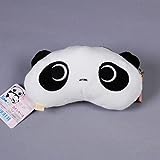 Meet the new family of furbys 2012 and discover where you can buy a furby online.
81%  7   8 katiem2
Popular Themed Toys 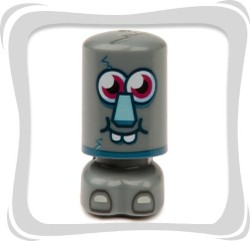 Get the best deals on the hot new toy in big demand bobble bots the robotic collectibles of Moshi Monsters.
Loading ...
Error!