The Secrets Of The Tarot Part 2 - What Are Tarot Cards Exactly? - Dissolving The Myths

What Are Tarot Cards? If you don't know your about to find out!

Have you ever heard of Tarot cards? Most people have. They're the cards with symbolic images on them that are used (supposedly) for making predictions about the future. Usually, you see them in the media being used by someone who is gaudily dressed and supposed to be a Gypsy, along with a crystal ball.

Most people dismiss Tarot cards without a second thought. After all, who could really take them seriously? Its impossible that a random card layout could accurately depict the future, they think, and logically, that makes perfect sense to conclude – except that the Tarot cards actually do allow the accurate prediction of the future. 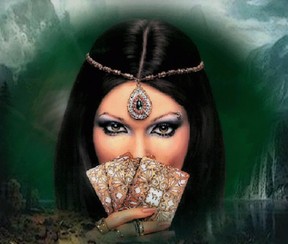 Tarot cards, in the hands of someone who knows how to use them properly, are accurate for their intended usage. Given this fact, there must be things about the world we don't yet know or understand.

I myself started off with the assumption that Tarot cards couldn't possibly make accurate predictions. I started studying them with the intention of proving that they were bunk. And now, almost 20 years later,I have a whole different outlook (and in-look) on what tarot cards are, what they really can do (as a tool not magic), and how they can help you make sense of your subconscious images in much the same way we try to interpret dreams- only these are waking thoughts.

In a way the imagery (once your trained) acts as a catalyst to push subconscious thoughts into conscious imagery, like what happens when you try to figure something out or retrieve a long term memory stored in the back of your mind (figuratively).

Let's get deeper into the Tarot Realm- Not the biblical "scare" with no explanation (that they are evil or "soothsayers" used) - but rather the actual psychology and science behind them.

In reality Tarot cards are much like a hyped up "ink blot test"- that reveals so much more- but it requires your brain to make it work. The cards are just tools much like we use images for inspiration... Do the ink blot tests magically tell the doctor what your real problem is? Yes, they do. But not by magic, rather by mental psychology! Tarot does the same thing!

Tarot As A Psychological Tool Not Magic BS

Tarot Is More Than Just Entertainment and Intrigue 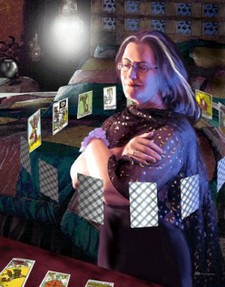 But those in the know are aware that not only are they accurate in the hands of a skilled Tarot reader but they can be used to gain a serious advantage in life. The wealthy use psychologists in the exact same way- this way is just cheaper, useful, and with training requires no psychologist fee.

Which one will get the contract? I'd put money on the man with the Tarot cards .In almost every case, he will get what he's going for because he can map out which actions will get him there and which actions will not. He knows more than just business – he knows how to see the outcome of “what if”. Bottom line he has more choices and is using his mind more actively so even the decisions he does make are potent.

The ironic thing is that the Tarot is a tool that most businessmen wouldn't even consider using never mind learning how to use. Yet this is one of the most powerful tools for success that has ever been discovered! Imagine being able to know the best time to go for a job.Which places are most likely to hire you, and which will pan out in the long run.

From a manager's point of view, which employee candidates will be good choices and which won't. What the best demographic to advertise to is, and how best to price your product.Which manufacturer will give you the best results profit-wise in the long run – and on and on!

There's almost no area of business that cannot benefit from a skilled Tarot reader. Time and time again, we have seen a lot more success than we'd have had otherwise because of it. If you're in business and you want to maximize your success Tarot is a great tool for helping to organize your thoughts.

It's the ink blots that you define in the moment by what you see, what you see is determined by your state of mind and conscious thoughts. It's not magic but a way to focus!

The essentials about tarot cards and how they work - for tarot card beginners.

Discover the tool millions of people use to make decisions, clear the fog in ... 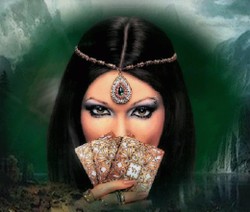 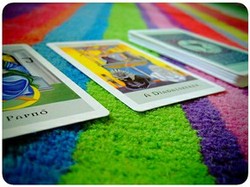 The essentials about tarot cards and how they work - for tarot card beginners.
27%  0   3 Jerrico_Usher
Tarot Cards 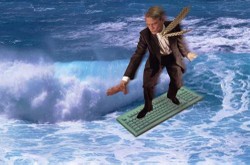 Discover the tool millions of people use to make decisions, clear the fog in their thinking, and to help them understand even dreams- The Tarot Cards
Loading ...
Error!