A review of the season 2 episode that first aired December 3, 2014

Synopsis: Raven (Lindsey Morgan) discovers Mount Weather is interfering with the Ark survivors' ability to communicate with each other and Clarke (Eliza Taylor) convinces Abby (Paige Turco) to lead an expedition to stop them. Meanwhile, Kane (Henry Ian Cusick) and Jaha (Isaiah Washington) are told one of them must die in order to negotiate peace with the Grounders.

If there is anything that makes this particular episode of "The 100" memorable, it would be the number of secrets that were revealed. This is especially true of how much Mount Weather has influenced the course of events on Earth.

The biggest revelation from this episode had to be the origin of the Reapers. Up until this episode, I had always figured the cannibalistic group was a natural occurrence of a radiation-stricken planet. As it turns out, they are the unnatural result of the experiments conducted by Mount Weather with Lincoln (Ricky Whittle) now counted among their numbers. While Mount Weather's overall motives are still unclear, this does show just how dangerous the "Mountain Men" can be.

In addition to the Reapers, the episode also revealed the acid-like yellow fog is also a weapon of the Mountain Men. This means, based on the number of times the Ark survivors have had to avoid that fog, they've been secretly attempting to thin their numbers since the beginning. This also makes me wonder if maybe they were the ones responsible for creating the initial tension between the 100 and the Grounders, perhaps in an effort to prevent them from teaming up.

While I'm sure the episode meant for the Commander's reveal to be a big surprise too, this part of the episode didn't have as much of an impact as I think they hoped it would. This is because, from the beginning, it has been clear the Grounder women typically hold the higher ranks. It's only logical the Commander would be female too.

I'm also a little disappointed by the direction the show is taking with Finn (Thomas McDonnell). The fact he was becoming a loose cannon added an interesting element to the show. But, rather than embracing that, the writers are already working to diffuse the situation by having him show regret. Considering he possesses skills that could make him a pretty decent bad guy, I was a little disappointed they didn't let him fully commit to the dark side.

This was an interesting episode because it gives a much better insight into some of the mysteries surrounding the Reapers and that yellow fog. It showed the people at Mount Weather are a much bigger threat than first revealed and have the potential to be very dangerous, especially since the Ark survivors are still at war with the Grounders. It'll be interesting to see what happens next.

A review of the season 1 episode that first aired November 24, 2014 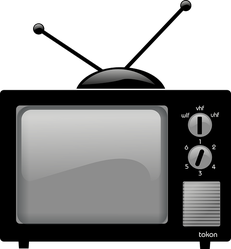 A review of the television episode that first aired October 20, 2014.
Loading ...
Error!