I have always loved happy music with a clear beat. Boogie Woogie, Reggae and some rock and roll!

Stamp your feet, clap your hands and dance a little

When I was a teenager, Elvis Presley and Tommy Steele were popular and divided my friends in two fighting teams. We just recovered after Rock around the clock so now the music was a little familiar to us. I liked many songs but the ones with a clear beat more. The dance on parties was bugging. A little like the jitterbug but more civil if you understand what I mean.

Rock and roll is still in my life together with Boogie Woogie and Reggae. I forced my piano teacher to play the beautiful Unforgettable in boogie beat. He never completely recovered after that.

One day about a year ago, a friend sent me this video here under. It was a new group called Playing for change. I listened to how the song "Stand by me" grew into a goose bump chorus.
I was in awe. Signed up for their homepage forum and sent for the up coming DVD with songs from around the world.

I have shared with anyone who wanted to listen. Now the PFC group is releasing their second DVD the 31 of May, and I ordered it two months ago. I just have to have it =D.

Playing for change - around the world

More playing for change
Some facts and information about PFC

Homepage of Playing for change
Here you can read about the whole wonderful story about these musicians from the whole world.

Silvan Zingg is part of my emotional resurrection.

When my Darling husband died, I stopped caring. I died too a bit. The music went silent and I just wanted to sleep. Then one day, I heard a music video with Silvan Zingg. A miracle happened because my ears woke up. I loved his beat that is without stress, so easy going.

Then I found another YouTube video with Will and Maeva dancing to Silvan Zinggs piano playing. I smiled and my foot stared to tap on the floor. Since then I have started to listen to music again. However, Silvan Zingg is the one who woke me up.

Before I met my husband, this is my story

The so skilled Silvan Zingg playing the Boogie

Three sites with more info about my favourite music and musicians

Musicians who have it all

Silvan Zingg - the best
Read about him. Every year there is a Boogie woogie festival in Schweitz

Robert Wells
Plays classic as easy as Boogie. Listen to him! I think he has one extra finger on each hand.

One evening many years ago, I was cleaning up in the kitchen, and the family was watching TV in the room. Suddenly there was a piano player who´s music went like a smoke into my ears. I dried my hands and with the towel still in my hands, I went into the living room. There was this young musician Robert Wells playing. I fell in love so hard and am still there. He had this easy going style and was just as familiar with classic music as Rock and Roll and Boogie Woogie.

Since then I have been to many of his concerts here in Sweden. They are called "Rhapsody in Rock". I have always come home with sore hands and a big smile in my face. He invites so interesting musicians to his show. Not the same each year though. He has been performing all over the world like in China and USA.

10 years of Rhapsody in Rock with Robert Wells and more

The red piano was designed in Robert Wells name!

I love the beats. Gave this page a mention in my guestbook on We Got the Beat Music, on Squidoo: http://www.squidoo.com/we-got-the-bea....

Boogie Woogie is always fun but I really enjoyed the Robert Wells performance.

OMG Irene...it was sooo much fun to watch the Sylvan Zingg videos. I love boogie-woogie!

My tribute to Bob Marley and the Wailers. 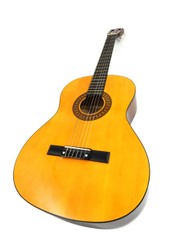 My tribute to Bob Marley and the Wailers.
100%  11   12 DavidPaulWagner
Classical