If you have not yet heard of Ketamine, chances are you soon will. Whether you are a young person or a parent, you need to be aware of this increasingly popular — and potentially deadly — club drug.

Like so many other drugs, Ketamine has a legitimate use, and that can make it even more difficult for law enforcement to fight. Ketamine is used as an anesthetic in veterinary medicine, and many veterinarians routinely stock it. That has made veterinary practices the subjects of thefts and break-ins, as drug dealers and users try to get their hands on the drug. 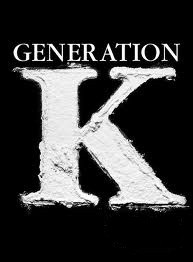 This powerful anesthetic goes by a number of street names, so parents should keep their ears open for the lingo. Some of the many street names of Ketamine include special K, kit kat, purple, super C, super K and vitamin K. To make matters worse, Ketamine is sometimes sold as Ecstasy, another popular street drug. Many young people have purchased what they thought was Ecstasy and received Ketamine instead — often with tragic results. In addition, Ketamine is often mixed with other popular street and club drugs, including ephedrine and caffeine. The results of these combinations can be even more unpredictable, making Ketamine use even more dangerous.

It is the effects of Ketamine that make it such a dangerous drug for young people, many of whom are unprepared for its profound impact on the body and the mind. The effects of Ketamine are similar to PCP, even though many young people who try it would never consider trying PCP. Many first time users severely underestimate the dangers posed by Ketamine, thinking that it is a relatively benign drug. In fact, Ketamine is very dangerous, and even new users can have very negative experiences on the drug.

Ketamine introduces a dissociative state that can be extremely frightening and disconcerting. Users of the drug even have a special name for this effect. They call it falling into the K-hole. Users have described these effects as a complete sensory detachment and loss of reality. Bad Ketamine trips have even been described as near-death experiences, with all the frightening experiences that term can entail.

Taking Ketamine deliberately is bad enough, but parents and teens also need to be aware of the problem of silent dosing with the drug. Since Ketamine is colorless and odorless, it is all too easy for those with ill intentions to slip it into a young person's drink without it being detected. That makes Ketamine useful as a date rape drug, and there have been many confirmed reports of it being used for that purpose. The dissociative state that Ketamine induces makes it very powerful as a date rape drug, and young people attending parties, raves and other events need to be especially careful about accepting drinks from strangers.

The effects of Ketamine can vary quite widely from one user to another, and that can make it even more unpredictable and dangerous. Large doses of the drug have been known to cause seizures, respiratory arrest, coma and even death. Ketamine doses as low as a single gram can cause death, and it is all too easy for even first time users to get a fatal dose.

Like PCP, Ketamine can also cause an exaggerated sense of strength. Many Ketamine users have picked fights, and even attacked cops, while on the drug. Long term use of the drug can also cause brain damage, memory impairment and a loss of motor skills. Personality and mood disorders have also been reported in Ketamine users, and some of the negative effects appear to be permanent. Short-term psychosis has been reported with Ketamine use as well, leading to unpredictable and very dangerous behavior.

It is up to every parent to be aware of the danger posed by Ketamine, and it is up to every young person to avoid this dangerous drug. Parents should be on the lookout for changes in behavior that could indicate a problem with Ketamine and other club drugs. Preventing the teen in your life from experimenting with Ketamine can literally mean the difference between life and death.

Thank you for the vital heads up on an up and coming street drug and misuse of what is commonly used to treat animals at our family vet. I appreciate the street terms to watch and listen for. 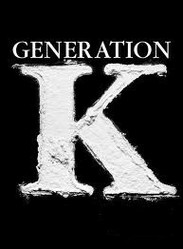 Use these non toxic bed bug traps that allow you to detect and trap bed bugs before infestation occurs. Learn how to avoid getting bed bugs in your home now, the safe and easy way
Loading ...
Error!