The singularity is the merging of human being and technology into one symbiotic piece, prepare for the next "What The Bleep" or "The Secret" Movie Concept!

I was surfing the web and landed on a few intriguing articles about the brain, vegetative patients whose brains were completely conscious and could communicate through state of the art technology to decode "what they are thinking" to put it simply, and things of this nature when I came across a very short blog that contained only a YouTube video about a coming film called:

"The Singularity Is Near: A Movie About The Future".

This of course stimulated my own neurons as I'm a huge time travel movie buff, but this isn't so much about time travel as it is about where we're going in the next 50 years and how "change isn't constant- it's speed is increasing at a phenomenal an unpredictable rate".

After viewing this incredible movie trailer I was hooked. Just like I was hooked when I saw the secret, what the bleep do we know, and a handful of others that don't just make you think- they change the very way you perceive and act/react to your life. Knowledge is truly power in that it can really change your life when applied.

Take A Look At The Movie Trailer Below:

This article is to open awareness of this coming movie- I believe a great deal of people will enjoy and get something out of it, and to share an all around fascinating concept.

The movie stated in the title is based on the brilliant mind of the author of a few books that have a lot of people in the scientific community buzzing- hard. It’s a profound look into a thought provoking concept of human beings evolving beyond biological “trappings” and into a single computer/bio based being.

The idea is that we can, in the not so distant future, transcend all of our limitations including health (cancer, diagnosis that are merely guess work, and things of that nature), technology, and even be able to purchase a relatively cheap computer (i.e. 1,000.00 in today’s perception of money value) that has the raw processing power of the human brain. They think within the next 20 years that will happen, actually.

The full book title is “The Singularity is near: When humans transcend biology” and a newer book called Transcend by Kurzweil (you can grab your own copy below).

It will blow your mind. He is the leading force in theorizing the future and the movie coming will be based on the books and more that he and some of the leading minds of our time have contributed.

The movie takes a complicated set of concepts and “layman-izes” them so it’s highly entertaining, highly intriguing, and uses state of the art film and special effects to give it that “i-Robot” feel and comprehension but like the movies “What The Bleep Do We Know” and “The Secret” you will likely take a great deal from what you see.

It may even transcend what you even thought "could" happen in the next century of our evolution! Potentially, it may be the very process by which, if your into astrology and "ages" concepts- "The Dawning Of The Age Of Aquarius" is ushered in!

I feel like it’s going to have a “The Matrix” type of profoundness in the layers of the movies explanations. It blends both powerful commentary of many experts in various fields including Nano technology and biology, psychology, and more, with cinematic scenes like you’d see in a movie thriller. This movie won’t rot your brain; it will likely blow it into the next century of thought provocation! This movie looks to be a conversation starter and a highly stimulating discussion/debate provoker as well. I for one cannot wait until it comes out!

From my research into the background of the project It seems it’s been in production since 2009 or about that time period and was first scheduled to come out in 2010. That apparently didn’t happen but the latest promotions are queuing up for a Summer 2012 release (it's now June as I write this)… This being summer I’m curious as to exactly when that will be.

Many are talking about how it’s geared to show and the author truly believes that the future will be about changing drastically, although evolutionary, what it means to be human or more distinctively, what it means to “be alive”. 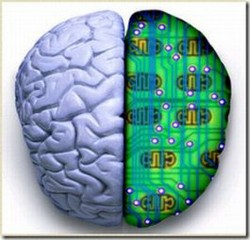 The Singularity Is Near: When Humans Transcend Biology
84%  4   5 LiamBean
Engineering

Mushrooms and toadstools grow all over the world, and whilst many are edible others are poisonous or hallucinogenic. Fungi are very important and we need to learn about them.
100%  10   12 DerdriuMarriner
Space Sciences

Earth and Space offers an introduction and text by Nirmala Nataraj, photographs from the archives of NASA, and a preface by Bill Nye the “Science Guy.”
Loading ...
Error!