What Is The Matrix?

The first Matrix film presented us with a thrilling ride of adventure and war on Earth at a time about a hundred years from now, where machines and mankind had waged war, only to have the machines win and humanity enslaved into bondage. It was an astounding movie achievement on many levels, including artisically, with a wonderful and deep meaning story and some ground breaking achievements for special and visual effects.

But the first film also looked at the personal journeys of several characters that raised questions about the nature of perception and reality as well as asking us about our beliefs of faith, nature and reality and having them tested. All this with the story showing the characters struggling against an electronic 'cold war' of man vs machine with no clear winner to see.

Directed by the Wachowski brothers. With The Ultimate Collection, these two brothers and directors take us on a journey that spans 3 feature films, a feature set of anime inspired back stories, behind the scenes features and much, much more additional material spanning four plus hours. There is not much that won’t appeal to science fiction fans and much that will provide discussion on religion, philosophy and the films themselves for time to come. Every aspect of the movies, featurettes, behind the scenes, all the interveiws and all the specials and additional extras are in this Ultimate Collection.

Thomas A Anderson has been aware that something is not right with the world. He is contacted by a mysterious Morpheus, considered by authorities to be a terrorist at large and Thomas is told that agents are about to get him based on what he knows about this mysterious other world be is aware of. He is arrested and interrogated and wakes up the next day and wonders about what is 'real' anymore.

Finally meeting the Morpheus he is told about ' The Matrix' a prison build for the mind of men. He is given a choice, take a red pill and continue about his normal life like nothing has changed. Or take a blue pill and see how far the rabbit hole goes (a reference to Alice In Wonderland) and discover that man may indeed be suffering horrors unimaginable and enter a cold war of man vs machine. He may wished he had taken the red pill.

Neo, formally known as Thomas Andersen continues to fight the machines in reality and the system 'Agents' in the Matrix, a complex electronic prison designed by machine kind to keep humans passive and alive. After the Matrix, Neo discovered a horrible truth, mankind lost a war some time back against the machines and now men and woman are grown and used as batteries to power the machines in our real world. The Matrix keeps these people active in the mind but unaware of reality. Thus making man slaves.

Neo, still disbelieving he is a prophesised avatar and man called 'The One'. The One is believed that he or she will break the deadlock of the cold war between man and machine and end the war forever. Or will he? The struggles become harder and even machine programs enter the fray. Neo must find answers and each time he does more questions become raised. Will he find out enough before all is lost?

Neo, Morpheus, Trinity and their allies prepare for all out war in the real world against the machines. The last surviving city of free humans is under threat of siege. In the virtual world of the Matrix, the former system agent 'Mr Smith' is now replicating himself like a virus and threatens destruction of both the virtual world and the humans and machines in the real. Neo finds himself trapped on a virtual underground train station even with all his marvellous talents and skills he cannot escape

Morpheus, Trinity, The Oracle and other allies both attempt to locate Neo and fight against the enemy. New enemies and new allies come out and enter the conflict where every level of reality and the final victory of man vs machine hangs on a knife edge. If Neo cannot escape to help, it may be humanities final struggle.

The Matrix Films: Buy Them Seperately For Gifts for Home Or For The Family

9 Engrossing stories with the first two stories written by The Wachoski Bros and 7 created by some of the most influental creators of Anime today. These stories provide some back ground and enlightenment on the events prior to the Matrix movie.

Some other stories provide a 'paralell' and show us some other more personal glimpses of events that unfold for some characters that run concurrentkly with the films.

The Additional Features Of The Ultimate Collection

The collection provides a behind-the-scenes look at the making of each of the three films. Highlights also include a break down of 'the burly man brawl' between the viral Mr Smiths and Neo. A behind the scenes look of the extras, set tours, highway scene breakdown in Reloaded and commentaries on each of the four feature films.

There is so much more to explore beyond the films and extras, more insight and much has been discussed about the nature of religion, philosphophy and our reasoning and understanding of the nature of reality and how we percieve it. All due in part to questions potentially raised in the films.

10 years on and the Matrix universe still provides much to offer, from straight science fiction film enjoyment on a film watch at home at night, to deep philosophical discussions about reality over dinner parties. Over 12 hours total viewing time.

Matrix Wikiquote
Quotes from all the Matrix films

Eh Wayne!
Yes, I absolutely love these films as well. I thoroughly enjoyed the first one also from a technical aspect, which was the film was made in the city where I grew up and was living in at the time, Sydney, Australia.
Yeah, the last film should have had it end with Neo fighting a Mega Smith, like in that Matrix agme, that one that was memorable, what was it called.........?

I always liked The Matrix movies....Quite groundbreaking effects at the time....although the last movie I had a brain freeze moment where I got confused with the story it still was a great Trilogy. 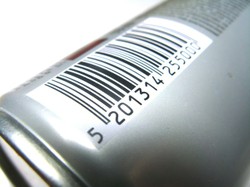