Throat Singing Around the World

I had heard about Mongolian throat-singing or overtone singing many years ago. What I just discovered was that there are more places in the world where throat-singing was sung.

Overtone singing or chanting is a guttural style of vocalization that is the oldest form of singing. It uses the throat cavity to produce overtones so that more than one note is heard. By using the lips, tongue, jaw, velum, and larynx, singers can produce different sounds and melodies by just the use of their own bodies. Hums, buzzes and rattles are often part of the sound.
Because of the remoteness of the regions practicing this style of singing, it has been largely unknown until recently. In 2009 there were throat singers performing at the Lowell Folk Festival in Lowell, Massachusetts. In a part of Mongolia called Tuva, throat singing is called Khöömei. There the herdsmen developed different styles of throat singing ranging from a high-pitched whistle to a growling undertone. The people of this region were close to the natural world and the sounds were meant to imitate sounds of wind, water animals and mountains. It was traditionally practiced exclusively by men although a few women ignored the warnings that it would harm their male relatives and cause problems in childbirth. More women are singing Khöömei today.

The Xhosa people are speakers of the Bantu language in present day South Africa. Nelson Mandela and Desmond Tutu are two well-known XhosIt's. The singing is  called umngqokolo singing and wasn’t discovered until 1980 by missionary and musicologist David Dargie.

Their unique style of throat singing is a deep tone called eefing. It’s a rhythmic style of call and response singing that is an integral part of their party songs and dances. I have put a video here that is quiet long but it is the only one I could find that really shows the singing voice. If you only watch the beginning, you get a good idea of what the throat singing is like. The clip was filmed by Dargie between 1985-1998 The video shows several songs with accompanying clapping and dancing.

The third group that  practices throat singing is the one that gave me chills. The Inuits are the indigenous people of Northern Canada and developed their own unique style of throat singing.

It’s not really even so much singing as a breathing contest between Inuit women that grew out of a need to entertain themselves when the men were off hunting. Sometimes they made the sounds to put a baby to sleep. The clicks, buzzes and growls are produced on both exhaling and inhaling breath.

Two women, sometimes more, stand face to face and sing until one laughs, quits or runs out of breath. Traditionally, they stood so close that they actually used the other woman’s mouth as a resonator. That’s not done so much today.

Throat singing was banned over 100 years ago by Christian priests, but it has been revived and has become even more popular with the younger generation who feel it is a way to keep in touch with their culture. There are regional competitions to see who can outlast the other singers.

Tanya Tagaq has taken the style of throat singing even further by combining it with modern music and non-traditional musicians. You can hear some of her music here.

There are a few other groups that do this type of singing, most notably some Tibetan monks who chant in a overtone style. The first  three groups are the most active in promoting their culture with their unique singing. Some are traveling and singing in concerts world-wide. Others are encouraging others to learn to sing in the traditional way.

A very unique albun created with an American bluesman who went to Mongolia and blended the music.

I stumbled upon this video that shows three women from Siberia using a mouth harp to create sounds of nature. This is a tradition that is thousands of years old.

While it is not throat-singing, it sounded a lot like the other singers in some ways, especially near the end of the video.

Thanks. I'm fascinated by this style of singing. Such a strange sound.

Very interesting videos and info, Lana! Thanks for sharing!

I tell you, some of it gives me goosebumps. But I'm strange that way....lol

I think it's one of those ancient things that we'll probably never know how it started. Especially since it's common in at least 3 different cultures around the world.

Very interesting, Lana. It makes me wonder who thought up this type of singing in the first place.

I didn't think you were being silly. It isn't hard to get overtones, but, like a lot of things, it's hard to do well. Droning doesn't require much in the way of carrying a tune. Now those Inuits! WOW. That blows my mind!

I didn't mean to be silly, it seems like a very difficult talent, and one taking practiced skill. I can't carry any sort of tune in any sort of bucket. :) K

The droning doesn't actually hurt your throat. I can't speak for the Inuit style but I've done the overtone singing myself.
And thank you!

Oh my how interesting, the video made my throat hurt and feel a bit horse. Reminded me of when I tried to talk like Alfalfa :)K Very informative piece thanks for broadening our horizons. 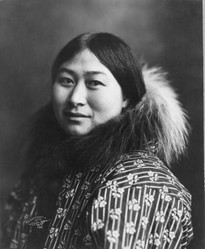 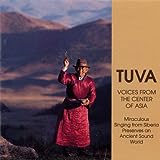