To kill a fly or not? Singer-songwriter Anthony Reynolds choses to let live

The rights and wrongs of killing animals is a very big subject but singer-songwriter and author Anthony Reynolds will not even kill a fly.

Singer and author Anthony Reynolds won't kill a fly
My very good friend the singer-songwriter and author Anthony Reynolds, whom I have written a hub about before, has recently written a blog at Myspace about how he came to the decision that it was wrong to kill flies and stopped doing so. Anthony had a realisation that a fly is a most amazing living machine that is far surpassing anything humans can make and therefore unless he could make such an incredible creation what right did he have to take its life.
We all know how annoying flies can be. They keep coming back and they pester us. We are told that they spread terrible diseases. Yet we also see photos and footage of people in the tropics who manage to ignore them despite the large numbers. How do they do this we may ask?

The latest book by Anthony Reynolds

What gives us the right to kill?

I have spent a lot of time watching flies and like Anthony have concluded that they are incredible creations. They have powers of flight far in advance of human flying machines. They are also a very important living recycling machine that helps clean up the muck we make. Imagine a world with no flies cleaning up the decaying matter!

And that is part of their purpose and also as food for many other animals. There are thousands of types of fly and they are specialised to do all sorts of things and live in all sorts of habitats. Some are very pretty by human standards and others we find ugly but all are incredible creations that have a part to play in the web of life. They are all of just as much importance to their creator if you believe in a God, and I do.

Wasps too can be very annoying creatures that are attracted to our sugary foods and drink and many people think nothing of killing them, but not me for a similar reason as Anthony's decision about flies. I have actually rescued wasps trapped under glasses on tables at beer gardens and watched the freed insects fly away, and I liked to think happily. Certainly they did not turn on me their liberator and I think they often only attack people in defence. I have so often watched people hitting out at wasps and then for the poor insect to turn on their attackers.

That flies are incredibly complex biological machines is obvious but this applies to ALL life-forms. Each living thing is like a living computer and has an inbuilt set of software programmes that allow for all manner of behavioural responses and reactions. We are no different. We react to stimuli with a range of actions and we modify our behaviour by analysing our situations and desires. In other words we too are living computers and biological machines.

I try my best to help conserve as much life as possible be it human, animal or vegetable. To my mind, the poet William Blake's words ring so true when he wrote "For everything that lives is holy."

Followers of the Jain religion will not kill any living creatures and are known to sweep the path ahead of them to brush out of their way any small insects. I have also remember having seen some Tibetan Buddhists once on a TV documentary whose hair was absolutely crawling with lice that these people would not kill. This extreme behaviour perhaps but I can see the logic behind it.

Anthony has had to explain his views to others. He is also a vegetarian and he thinks it is all a matter of faith, and I can see his viewpoint.

It is a philosophical question we must ask ourselves - what gives us the right to kill and what can we kill? Or should we kill at all?

License to Kill by Bob Dylan as covered by Richie Havens

Best books on the Jain religion on Amazon

Caterpillars should turn into pretty butterflies, all going well, but sometim...

Many people hate insects of all kinds. They call them bugs and swat them, spr... 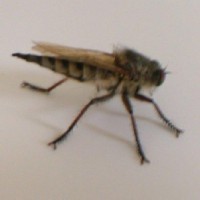 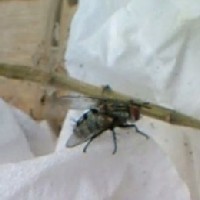 Caterpillars should turn into pretty butterflies, all going well, but sometimes this doesn't happen if a parasitic fly gets to them first.
14%  0   2 BardofEly
Bugs 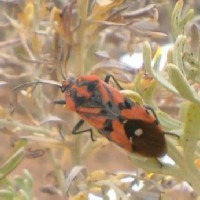 Many people hate insects of all kinds. They call them bugs and swat them, spray them or squash them. Bugs are a specific type of insect though.
80%  10   7 cmoneyspinner
Contemporary Philosophy 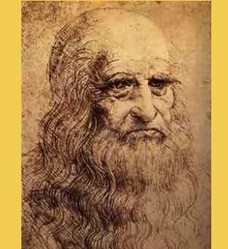 Hey Lenny! They picked Michaelangelo to paint the Sistine Chapel. Da Vinci and Michaelangelo were contemporaries. You think he was worried about Mikey's potential fame?
Loading ...
Error!