A list of 10 saddest and deepest rap songs. Be inspired and think along with great hip hop artists and songs.

I really love rap music and hip hop. There are a lot of great artists out there that have some really awesome songs with hard beat and very strong lyrics. Rap music is not just about drugs, sexuality and money like many people think. These are so called rappers that make money just because they have videos that look like pornos and never write a single lyrics. No, rap music is not just about who is richer and who is better. True rap songs consist of great beat, very nice composition and lyrics to live along. True rap lyrics inspire you and make you think. Some are rebellious, some are biographical and some are about true life. But the real rap is good music and I want to present some fine rap songs in this article.

I want to share with you my collection of 10 saddest rap songs in the history of hip hop. Inspiring words, sad but true stories and great composition. No needs to show how much money they have and no need to hire a dozen of hot girls to shoot the video. Just true music and true words from honest artist. This list is made by me and it's just my opinion. It's not based on any official chart or anything like that. It's just a collection of great but sad hip hop songs that you will surely enjoy if you like goof music and great rap artists.

1. Immortal Technique - Dance with the Devil

About Brenda's got a Baby

This song is the debut single by Tupac Shakur and you can find it on his very first album titled 2Pacalypse Now. The song presents fictional teenage girl named Brenda who struggles to survive in the ghetto and can't deal with her baby. The song really represents the reality and struggle of ghetto life and pain of a single mother without any hopes for the future.

Mockingbird is one of the most saddest and deepest songs by Eminem and you can find it on the album titled Encore. The song mainly talks about Eminem's relationships with his daughter Hailie Jade, his ex wife Kim and his adopted daughter Alaina. Great performance was nominated for Grammy award and the song is truly one of the most sincere and honest songs in the rap music.

About I'll Be Missing You

The song talks about the death of Notorious B.I.G., one of the best rap artists in the history of hip hop. Puff Daddy and Notorious Biggy were really close friends and this songs is a tribute to a friend who passed on too soon. It's a rap remix of the song Every Breathe you Take by Police.

Thugz Mansion (acoustic) features Nas and J. Phoenix and you can find it on the album titled Better Dayz. It's surely one of the most beautiful rap songs and the acoustic version is simply amazing. The album Better dayz was released after the death of Tupac Shakur and it's was one of hist most successful posthumous albums.

Rap and Hip Hop music doesn't appeal to everyone but Mikey J is a rapper with... 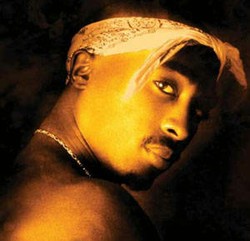 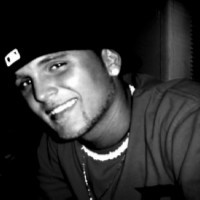 Rap and Hip Hop music doesn't appeal to everyone but Mikey J is a rapper with a difference. He can rap a love song.
100%  11   12 DavidPaulWagner
Classical