Top 3 States for IT Jobs

Looking for the best states for IT jobs? The hottest states in tech might surprise you.

This article goes in depth on the top 3 leading states in IT job growth over the last few years. Get a head start on where the jobs are headed, not where they once were. Tech is a dynamic and rapidly changing field. It is critical to stay one step ahead. Spoiler alert: California does not make the cut!

Not Red Hot, But Steady IT Job Growth

New Jersey might not be known for tech in the same way that Texas or California are synonymous for, but the Garden State has been a perenial IT job growth winner over the last half decade. While many of the frontiers of technology have burned out, Jersey has been a predictable winner, close to major eastern tech hubs servicing NYC and the Philadelphia metro area.

Part of the allure of the Garden State is more than just close proximity to major metropolitan areas. In 2013 thus far, New Jersey added 3,600 new IT jobs. The main barrier to most relocating technologists is likely the higher cost of living; however, for those looking for work right now it can be worth the expense.

Massachusetts is in the interesting quandry of having a highly educated workforce (think M.I.T., Harvard, etc...) but a mediocre overall business climate. State policies and tax breaks for high tech - especially green tech - have provided a degree of protection for most employers, making access to the highly educated research institutions worth the risk.

While traditionally a tougher job growth economy, the IT sector is a silver lining for the Bay State. With 4% year over year increase from 2012, Mass added more than 2,600 jobs in the first half of 2013. In New England, Massachusetts is definitely the place to be (or at least the place to work).

While Texas certainly has slowed down in recent years, the Lone Star State is still going strong. It is hard to delay this juggernaut. It is no secret that Texas has far outpaced its peers in terms of overall job growth. Stealing the glory from California as the new economic frontier also has included the IT sector. The combined forces of Dallas/Ft. Worth, Austin and San Antonio has created a powerful tech triangle, rivaling Silicon Valley and the North Carolina triangle.

Leading the way out of the recession, Texas added close to 10,000 jobs between 2011 and 2012. In 2013, IT job growth continues to lead the way at 3.2% increase over 2012. This represents double the jobs from 2012 already. Part of the reason Texas is at the top of the heap is the low cost of living and the relatively central U.S. location. The Lone Star state is still one of the safest long term bets for IT job growth, both in terms of recent job growth and long term structural foundation.

Cast your vote for the best state for IT job prospects

Comments - What Do You Think?

Working free for someone? Don't dismiss Unpaid Internships out of hand becau...

How To Be A Good Employee

In today's economy knowing how to be a good employee could be the key to bein...

Jobs In Australia For Americans

Are there any jobs in Australia for Americans? - You Bet There Is! I'll show ... 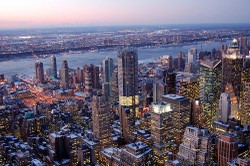 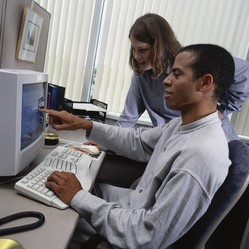 Working free for someone? Don't dismiss Unpaid Internships out of hand because they can be a great way to get incredibly valuable experience at no cost and you may get expenses!
56%  3   7 pkmcr
Employment Advice 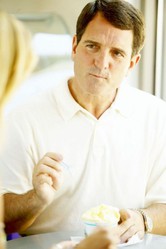 How To Be A Good Employee 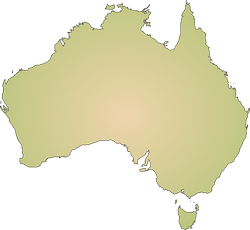 Jobs In Australia For Americans

Are there any jobs in Australia for Americans? - You Bet There Is! I'll show you how to get work before you even leave the U.S.
Loading ...
Error!