Transferring your Files and Programs to a Brand New PC

It's so much fun to have a sparkling new computer, but what about all of your documents, music, pictures and software stranded on the old one? Let me help with that.

I've just done this. Yesterday had a glorious half an hour or so spent building a new computer.

Then came transfer time. That took hours! All of my pictures, music and videos need to move to another computer. My documents too.

It's times like this that you realize just how many programs you've downloaded; and how many passwords that your browser remembers for you.

But you can make things easy for yourself. There are tips to follow and software to use.

Things to Do While Thinking About Buying a New PC

No need to wait until it's actually happening. You can start planning the transfer the moment you decide to start shopping. 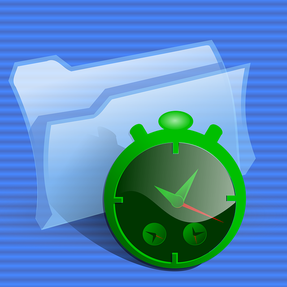 We all have hundreds of files and photographs which we can't even recall saving.  We have programs that we downloaded that night, when your friend said it was a good idea, then it was never opened again.

There were the movies downloaded, which somehow survived years after being watched.  You didn't even enjoy it.

Once you've decided that a new computer is in the offing, it's time to get skimming through those files.  Is there anything which can simply be deleted?  They will save you time in the future, when you're learning that a watched copy file never installs.

In fact, deleting them all now might speed your PC up enough to put off the grand replacement shop for a few more months.

Beyond that, you could also watch carefully to see which programs you regularly use.  They are the first on your transfer list.  Make a list of them and, when it comes to new computer day, they will be the ones which help you quickly move into your new cyber home.

Back Everything up on External or Portable Hard Drives

I side-stepped many of the problems in data transfer by not having it on my computer in the first place!

The majority of my photographs, music, documents and other files are on a portable hard drive.  When I set up my new computer, I simply unplugged the USB from the old one and stuck it into the new.

I've been doing this since my very first computer, back in the days when they were made out of stone and powered by bicycles.  It's always been a great relief when I come to upgrade.

The external hard-drive has also come in handy in between. I've certainly been known to unplug it, hot-foot it around to a friend's house, then copy useful data onto their computers too.  The whole thing is basically a glorified memory stick.  You can use it in all of the ways that you use them!

In this way, I've also been able to transfer the occasional program.  Not all of them work like that.

Your IT consultant will probably tell you categorically that you can't move programs between computers, as most of them have anti-piracy devices stopping such behavior.  For the most part, (s)he will be correct.

But not if every single file, certification and application relating to that program is only on your external hard drive.  Then it never moved. Your programs come with you.

Portable hard drives range in price from relatively cheap to obscenely expensive, but you are always paying for the storage capacity.

Aim for the highest that you can afford. It will pay for itself a million times over.  The higher the storage, the more you can keep permanently on there, accessing it every day as it stays plugged into your PC.

Free Online Storage for your Files and Photographs

Not everyone can afford a new hard-drive AND a new computer. Let's explore some alternatives. 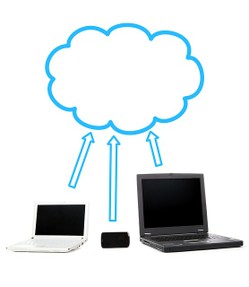 There are plenty of places online to store your documents, either permanently or while you switch to a new PC.

I've done this once and only once.  Why?  Because I bought an external hard-drive afterwards and didn't need to!  But if I hadn't, I'd be back with this method.

Online storage providers pretty much all work in the same way.  They give you 'x' amount for free. You fill it up with junk, then cry because it's full.  They've got you right where they want you!  This is the big moment for you to have subscription plans placed in front of your tearful cyber sight.

Mega amounts of extra room, if you pay for it.

But we're not.  We're taking the initial freebies and using it to stash files and documents from our old computer.  Then we'll set up the new one and pull our data back off the free online file storage and back onto our hard-drives.

Right?  Ok!  Here are the biggest and the best for your perusal:

Drive HQ
You get 1 GB of storage for free, but you will have to pay if you go over. The interface is more like a File Transfer Protocol (FTP) than a simple drag and drop motif. If you're happy with that, then run! Get your free cloud storage! If not, then do it anyway. I wasn't even half decent at computing when I worked out FTP, with no guidance, so I'm confident that you can too.

Dropbox
You get 2 GB of storage in a cloud straight off the bat. I love the mental image of files floating in the sky, until you retrieve them! Not quite like that, but still a lovely picture. If you refer friends, then you get even more capacity, up to a total of 16 GB. Then you have to pay for more. The link that I've left here is naturally my referral link.

Google Drive
In the olden days (before April 2012) you could have had 10 GB of storage on Google Docs, but that's all being cannibalized into Google Drive now. So you get 5 GB instead.

SugarSync
You get 5 GB of storage just for turning up, then gain more for completing various tasks. It's all ridiculously easy and, for degenerate gamers like me, it felt like leveling up in something. I even snagged a Mario avatar. Happy days! You gain yet more free storage capacity by referring people. *gaze flickers to link* Level up!

This method couldn't be any easier, if both the old and new computers are running Windows, though the new one has to be Windows 7.

You basically install the Belkin Easy Transfer software onto your new Windows 7 computer.  Then plug the USB cable into both the old and new PCs.

It will quietly transfer your entire cyber life over into their new home.  You just have to chill out in front of the television with a nice cup of tea until it's done.

Programs to Transfer Your Old Data to your New Computer

Was the above sounding a little too hi-tech? Don't worry, we have solutions for you too.

There is plenty of software available for people who are wary of messing around with clouds and the such like.  These act as the computing equivalent of getting a removal truck in to take your furniture to your new house.

I'll be honest and admit that I've never used this software.  I've not needed to, as I've had external hard drives and servers to move my stuff.  However, I have seen these packages in reputable electronics stores.  I've also been in one IT shop, where the assistant was using one.

Looking at the information, none of it is rocket science; which is a relief, because knowledge about launching into space would not help us here.  Both look like programs that can be easily used to relocate your data onto your new computer, taking the hassle out of the process in the meantime.

Mike, that is absolute genius! Why have I never thought about using an old hard drive as an external drive? I'm so going to experiment here. I have a corner of my room where old PCs go to die. I'm going to raid them. Thanks!

That could be a major and time consuming problem. You provide some nice and easy solutions in your article. A back-up in an external drive is always necessary while online storing could also be quite useful. Last time I had to do a transfer to a new laptop I simply took out the hard drive and put it in a external case.

I'm really glad to hear it. I wrote this article when I was doing the same thing. It was all relatively painless, hence me telling you all what I did.

Good luck with your file transfers.

In the next year or so, I'll probably be upgrading and transferring files again. Photos are the most important element for me, too. The last time I did this, I used my Carbonite back up, but still had to bring over at lot of photos from the old system (which I still have) via flash drives. The products you're showcasing will make it easier to do.

Thank you very much for the heads up. I'm sorry you lost your photographs. Those are the worst things to go.

My external hard-drive has been working perfectly for years now, but that doesn't mean to say that it couldn't go tomorrow. I do back up those things too important to lose.

Careful with external hard drives though. Mine got corrupted and I lost a heap of important photographs which I hadn't also backed up on DVD. Since then my computer guru has told me that external hard drives are not trustworthy, not as good as DVDs or even CDs, and he recommends both for important docs and pix, the hard drive for convenience but the disks for certainty.

Thank you very much; and I'm glad that you found it useful. :)

The biggest hassle that I've found is all of the millions of Microsoft updates that you have to do. Mine has finally cleared the backlog, as the computer is whizzing along.

But yes, I'm with you. My external hard drive is my baby. :)

I always start out with all good intentions. Then it all gradually goes to pot. On Saturday, I did my new year's resolution, which was to tidy everything in my documents etc. Everyone in the vicinity laughed and one person said, "Never going to happen." I know it won't, but stating that it will is the first step to one day (when I'm older) doing it.

Become familiar with the requirements needed for your new computer if you are...

I'm on the hunt for a new gaming computer that won't completely break my budg... 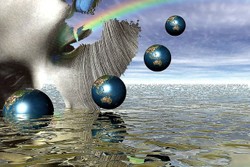 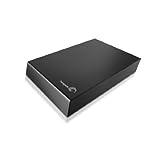 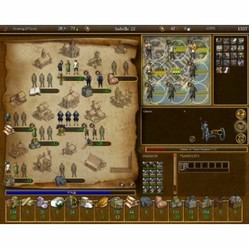 Become familiar with the requirements needed for your new computer if you are a video game player before you make that purchase.
13%  0   2 gameaddict
Buying a new PC

I'm on the hunt for a new gaming computer that won't completely break my budget. Here are some of my top picks!
Loading ...
Error!