Second article connecting the dots on a presidential timeline. The first dot was the election of the country's first POTUS, 1789. This next dot is Lincoln's assassination, 1865.

The Republican party was formed in 1854 by antislavery groups. Members of the Whigs, Free-Soilers and Know-Nothing parties merged their ideals of freedom with others in this new party that opposed slavery. Lincoln was the first Republican president; and often one might hear modern day members of this political party clarify their political stances by saying they are “Lincoln-type Republicans” as opposed the “argumentative Do-Nothing” (???)-type Republicans.

Abraham Lincoln campaigned on an antislavery platform, won the election and shortly after entering office, the Confederates attacked Fort Sumter (Charleston, South Carolina) and despite sincerest efforts to build a bridge to compromise and avoid bloodshed, the American Civil War was underway. In 1863, even though the war had not ended, the Emancipation Proclamation, was formally issued.

Belinda, the Slave Who Sued Her Master for Back Wages
Belinda was a slave, abandoned and left to starve when her owner fled the country. However she had a plan and became the first slave to demand payment for her years of hard work.

One of These Does Not Belong

Booth finalized his unlawful act of violence against an unarmed human being by yelling, "Sic semper tyrannis! (Thusever to tyrants!) The South is avenged!"

Booth and his co-conspirators – as he was not acting fully on his own - were not staying abreast of current affairs or chose to flat out ignore a gesture of peace and reconciliation.

Mr. Lincoln was a devoted husband and father.

Thomas "Tad" Lincoln, Youngest Son. He was 12 years old when his father died.

Connecting the DOTs Along the 1865 Timeline

From Johnson to Harding

Despite earnest and strenuous efforts to pacify anti-slavery and pro-slavery factions, the country drifted toward a civil war, when James Buchanan (15th president) was Commander in Chief from 1857 to 1861. During his term, American abolitionist John Brown was hanged as an insurrectionist; and seven states united to form the Confederate States of America (Confederacy). The year following Lincoln's assassination, 1866, James Buchanan (Democrat), published an account of his presidency term. 3 years later he died, but not before setting his record straight. He tried to stop the war from happening!

Warren Gamaliel Harding (Republican), our 29th president, would be born later that same year, November 2, 1865, in Blooming Grove, Ohio, the 17th state admitted to the Union. It was Thursday.

Below is an accounting of the whereabouts of the 17th to the 28th presidents in 1865. They all have very ironclad alibis. Not that they knew in advance that they'd be needing them. 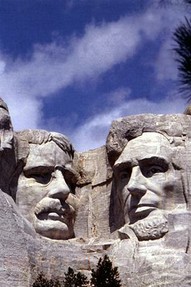 35 years later in 1900, Roosevelt would be elected as a vice-president and before the end of 1901 would take over the duties as the nation's leader.

Our 25th president, William McKinley, was unfortunately the 3rd POTUS to fall victim to an assassin's bullet.  An anarchist, Leon Czolgosz, shot him at the Pan-American Exposition in Buffalo, New York. (Sure! He gave reasons. But who cares? He gunned down an innocent unarmed human being and for that he was electrocuted.)  If only McKinley could have predicted his future. In 1865, he had not even embarked upon a career in politics. He was studying law. He didn't become a politician until a little over a decade later: first serving in Congress, then as a governor, and finally as POTUS, 1897 – 1901.

Our 23rd president, Benjamin Harrison (Republican) was the grandson of our 9th president, William Henry Harrison (Whig). Grandpa will be remembered for his military accomplishments and negotiations with Native Americans to open up certain territories for white settlers. Master Benjamin holds the dubious honor of being sandwiched between two Democratic administrations. Grover Cleveland (Democrat) served as 22nd POTUS; graciously lost the election for a second term to Harrison; and got himself elected again as the 24th POTUS. Thus far, he is the only president to ever serve two non-consecutive terms. For the record, Harrison's presidential race is marred as a corrupt campaign because he was elected regardless of the fact the he had fewer popular votes than Cleveland.

Getting back on topic. Harrison actively soldiered during the Civil War which had begun in 1861, and by 1865, he had risen to the rank of brigadier general. Grover Cleveland was Assistant District Attorney of Erie County, New York.

1865, 21st president, Chester Alan Arthur, was in private law practice; and the man who would be president No. 20, James Abram Garfield, had taken a seat in Congress. 25 years later, like Roosevelt, Arthur would go from being vice-president to president, because an assassin had taken the life of Garfield.  On July 12, 1881 Garfield became the 2nd president in U.S. History to take an assassin's bullet. While entering the Baltimore & Potomac railroad station, a preacher some accounts say psychopath) named Charles Giteau fired fatal shots at him and then shouted: “I am a 'Stalwart' and Arthur is president now!”  Garfield lingered for eleven weeks before finally giving up the ghost. Giteau was hanged for his violent crime against an unarmed citizen. (What? No mercy? Didn't he plead insanity?? Ever see his photograph? He looked like Van Gogh; only more deranged with a hint of sinister and diabolical character traits peering from behind the eyes.)

New York Times bestselling Author Candice Millard provides a riveting account of the life of Garfield - from poverty to the presidency.

What led up to the Giteau incident? Flashback! 10 years earlier, 1871, Arthur had been appointed collector for the Port of New York, but in 1878, he was removed by Rutherford B. Hayes (Republican), who was the 19th president, at the time. Based on the results of an investigation for mismanagement and political patronage, Hayes thought it prudent. Other political party members, however, objected to Arthur's removal. So much so that it gave birth to the “Stalwarts”, a faction within the party who undoubtedly considered themselves the real true loyal Republicans. Fast forward to 1881, alleged pseudo-Republican Garfield is “removed” and Stalwart true-Republican Arthur is his legitimate replacement. Arthur never ran for president; and when he was president, he did not really distinguish himself as a strong leader of the free world (my opinion; his actions look more like back-tracking and damage clean-up). To think that another man had to lose his life … for what? Arthur suffered from kidney disease but kept his health condition private and died of a cerebral hemorrhage, the year after he concluded this term in the Oval Office.

In 1865, Hayes, President No. 19, though wounded several times in combat during the Civil War, had risen to the rank of major general, and was dutifully serving in the U.S. House of Representatives.

Continuing to work our way back to the 16th president. President No. 18, Ulysses S. Grant? On April 4, 1865, ten days before Lincoln was shot, Generals Robert E. Lee and Grant signed terms of Confederate surrender at Appomattox, Virginia.

Approximately, two and half weeks before the fatal shooting of Abraham Lincoln, President No. 17, Andrew Johnson (Republican), as vice-president had issued the Amnesty Proclamation. The Proclamation granted full pardon to all Confederates (with certain exceptions). Johnson took the Oath of Office on April 15, 1865. The Thirteenth Amendment providing that “neither slavery nor involuntary servitude” will exist in the United States was also proclaimed that year. On this most appropriate final note, the article is concluded.

150th Anniversary of The Battle of Gettysburg

Map Lincoln Used to See the Reach of Slavery

RE: Thomas Wilson and Teddy Roosevelt

American presidents, (Thomas) Woodrow Wilson and Theodore Roosevelt, were Nobel Prize winners. 1906, Roosevelt received the award for being a mediator and arbitrating an end to the Russo-Japanese conflict; there was a dispute over Manchuria and Korea. Wilson received the prize in 1919, for establishing the League of Nations after World War I (1914 - 1918).

Unfortunately, the LON was unable to accomplish its mission, i.e. Peace - and World War II (1939 - 1945) broke out! The League of Nations was in existence from 1920 - 1946. In 1946, the LON was dissolved and the United Nations was created to continue the mission of WORLD PEACE.

Receiving the Nobel Prize during one's presidential administration is admirable. Although? It seems like whatever they were doing was just part of the job.

Anyway, another plus for the Wilson term was that the 19th Amendment to the Constitution was implemented, which gave Women the right to vote. He got no award for that. It was all in a day's work!

We Americans Love Our Firsts

Scent of a President: Four American Presidents Favoring Caswell Massey Fragrances
Caswell Massey has been in business longer than the United States has been an independent nation, and its illustrious clientele includes four U.S. Presidents.

Hail to the Chief - A Presidential Trivia Game

Key facts about the presidents from Washington to Obama

@SteveNewman - Thank you so much. I very much enjoyed pulling it all together.

It is interesting to read American history and the fact that some of the presidents were noble prize winners as well.

Thanks Brenda. It was easy. Took time to pull it together. But it was easy.

@ologsinquito - It's not me. The presidents all had great "hairdressers", sat for really nice portraits, and somebody kept real good records about them. Made compiling the facts so much easier than making stuff up! :)
Thank you for your comment.

This is so well researched and informative.

@MikeRobbers - Thank you. I'm just hoping to stay within the good graces of the Wizzley review and approval team who are graciously allowing me to publish my content. :)

Glad to see you currying on with these historical articles. Excellent post, informative and well written!

Tony and Ridley Scott are the directors of this gritty docu-drama, which focu... 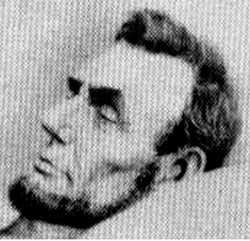 Destiny of the Republic: A Tale of Madness, Medicine and the M...
46%  2   6 JoHarrington
Documentary 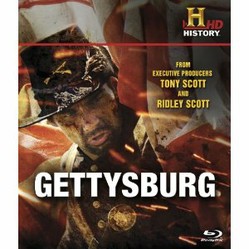 Tony and Ridley Scott are the directors of this gritty docu-drama, which focuses on lesser known stories from the Battle of Gettysburg. Originally shown on The History Channel.
100%  20   13 JoHarrington
US History