Have you ever wondered what a compatible ink cartridge is and what makes it so special? Here's some interesting information about them.

Compatible ink cartridges are considerable cheaper than their original counterparts but why are they so much cheaper and why should you use them in your printer?

This article will explain everything you need to know about compatible cartridges.

Before you read this article

Before we present some information about using compatible ink cartridges in your printer, please take a few minutes to participate in our poll below. Hopefully by reading this article you'll understand better some of the benefits and some popular views about these types of cartridge.

Do you use compatible ink cartridges? 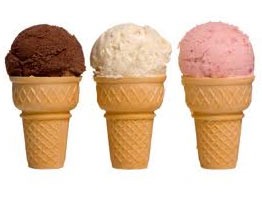 Buying replacement ink cartridges for your home printer is easier than ever. From the thousands of online retailers to the local supermarket, inkjet cartridges are readily available for all makes of printer and manufacturer.

Each cartridge type has it's own benefits and gains to be used but it's compatible cartridges we are going to focus on for this article.

Nearly every printer that is sold makes a very small profit or in some cases a loss. Unbelievable as it may seem to be, this is not such a big deal as you may think for the companies that produce the printers. There are thousands of printer models in both homes and offices throughout the world. The way that printer manufacturers make their profits is through consumables (printer cartridges, paper etc). Because a manufacturer produces a popular printer, it's users will look to buy new replacement cartridges from the manufacturer first.

These original or OEM (Original Equipment Manufacturer) cartridges are generally the most expensive cartridge of the three main types.

A sneaky tactic that a printer manufacturer may use to gain sales is to allow it's printer to be part of a computer bundle which gives you a free printer. In honesty, what the makers will loose on the initial cost of the printer they will more than make up with the sales of ink cartridges. The same tactic can be found in special deals found in your local supermarket or general store, offering a fantastic to good to be true deal. Until you search for prices on new cartridges you realise that this deal is too good to be true and you may end up paying just as much for the ink as you did for the printer itself!

Producing compatible cartridges for a printer is at first a costly one. A patent must be approved for the design of the cartridge and once and only when it's approved will that particular inkjet cartridge be allowed to be sold to the general public.

Once a new printer model is launched it takes a little time, a few weeks generally before compatible version of the printer's cartridge are available. Initially, the prices are fairly high due to the cost of developing a design and meeting the requirements of the patent. Once those costs are recouped however, prices soon fall and huge savings can be made by buying the compatible cartridge version.

Why should I buy compatible inks?

Are there any bad points in using them?

Firstly, a popular misconception by the buying public is that using a compatible cartridge will void the guarantee or warranty that you may still be covered by on your printer. Because reliable third part companies invest money to meet patent requirements, cartridges produced by these companies do not end or in any way void your printer warranty.

Compatible ink is cheaper as we have already discussed. Printing photos and colourful documents can take a lot of ink to produce and soon you will run out. By buying compatible ink you could save up to 80% over the price of original inks.

There are still some things to remember however. Using compatible ink for photos and colourful documents and graphs does come at some cost, even with the cheap prices. Ink produced inside original cartridges will last a great deal longer because of the types of ink used in production. This explains some of the reasons for the cost of an original cartridge. You may experience fading over time using the alternative type of ink so it's always advisable to use original inks if you want to archive photos or documents.

We hope you have found this article both helpful and encouraging to using compatible ink cartridge in your printer. After everything we have said, it's all up to you and your budget when printing at home or in the office. It is however, good to know that there is a cheaper alternative to printer ink cartridges out there.

Now, could you take part in our second poll below....

Has this helped you understand?

Thank you. Glad you found it helpful

What a helpful guide on ink cartridges, I spend so much money on ink jets I'm thinking of getting a laser printer, I hear they last longer, cost more but you get a lot more print for the dollar. I'll keep my standard printers, thanks for the help on ink its helpful indeed I now know I can save money on compatible cartridges.

Printing at home can be a costly past time but by spending a little time read... 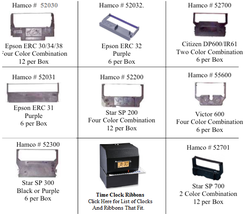 Printers have revolutionized visual communication. But ink ribbons, cartridge and thermal paper are indispensable accessories, without which the machines would fail to function.
13%  0   2 pcdman
Printers and Scanners

Printing at home can be a costly past time but by spending a little time reading our handy little printer hints, maybe you could save yourself a little money
Loading ...
Error!