Vimeo is a You Tube alternative that gives you full control over your video- including "suggested" videos. Vimeo is a marketers video site, an upgrade from youtube w/control

Video Marketing is one of the most underutilized power sources for creating traffic, bringing revenue, and building relationships with your visitors. In this article I'm going to cover one of the best emerging platforms to host your videos on that allows you to really bring commercial quality to your presentations. Vimeo isn't new but to many who've never heard of them other than seeing people's videos hosted there- it's a breath of fresh air.

I like the many features that give YOU control over the entire video. Posting to youtube is great, but if you don't want your competition putting videos where your readers can see them- at the end of your video, then vimeo is the solution.

Introduction To Vimeo And Why You May Just Love It!

Of all the mediums that have grabbed people’s attention the fastest, television ads and infomercials, in the marketing arena, have been the most successful. There is a real reason they charge literally tens if not hundreds of thousands of dollars for a 30 second spot! What really makes this magic happen is a well built commercial that doesn't exactly look like a commercial.

Over the years, companies have been working hard and hiring some of the most cleaver people in the industry including psychologists to figure out how to build a commercial that “feels” like a handshake, and I don’t mean a sales man type of handshake. People are very keen to the commercial atmosphere and how commercials have evolved. They are also sick and tired of being marketed to at every turn.

Have you ever seen a commercial that was so amazing that you didn't mind watching it and in fact you got on your phone, computer, or Facebook account after finding that commercial on YouTube to blast it to all your friends just to make them feel what you felt when you watched it?

This is the latest in video marketing concepts gone viral. The old school car salesman or the “yell it to sell it” pitching is ineffective and for the most part is ignored in the same way that banner ads and popups/unders are. In today’s market people are more sophisticated; they really have to be just to get through the day!

Your market, regardless of your product or service, is intelligent, keen, and looking for things throughout their day that remove obstacles, entertain them to distract them, even for a second, so they can feel a bit of stress relief. Your target audience is looking for something that viral videos have in droves- things that make them think about things they love, that associate to things they enjoy, and that speak to them through humor, analytical cleverness, and products and services that make their life easier.

Don’t know how to market? Have no digital skills in video shooting, editing, or animation? No problem. You’re not in the era of television before the web, nor are you in the infancy of the web anymore- today the web is a powerful medium that is giving television a run for its money. Have you noticed that internet concepts, products, and even marketing is being pre-emphasized by those television commercials instead of the commercials on television trying to squeeze in all that powerful information into a 30 second spot?

The internet is a more robust and powerful vehicle because it is highly interactive, personal, and technology has become so integrated into people’s lives that you can now pack an amazing amount of data into a video that WILL get viewed and if it’s done right will go viral.

This means you can do what television spots can’t and for a fraction of the normal television commercial cost- you can target an audience that, for example appears all over the world. For example, people drink tea in America, Britain  Japan, China, Australia, and just about everywhere else in the world. Tea can be marketed to EVERY piece of land on earth but to get a television spot that would breach every country on earth you’d pay multiple millions of dollars. Utilizing the web, your only real challenge is to build a brilliant, deep reaching, intriguing, and to your target audience, personal video.

Your video will be self perpetuating, riding on the interest and today’s amazingly easy to use internet will become the vehicle that gets your video to every market out there eventually- possibly overnight if it’s good enough!

The reach is incredible and the potential of viral video is staggering, even mind blowing if you spend too much time calculating the exponentialities of it! So back to your not being a marketer, videographer, and not having a clue how to get started.

That’s pretty easy because of the aforementioned internet and networking capabilities. You can hire someone, actually a team of experts that do nothing but eat, breathe, and sleep video marketing to handle the leg work.

Hiring a staff of people to build your perfect video is as simple as going online and researching Videographers and video marketing.

The impact of video marketing is so powerful and recognized it spawned an entire market of companies that will do this for you for a very affordable price. Depending on what you want in it the cost will fluctuate.

There are standard pricing companies, freelancers who have the skills or the team of individuals that can do it as well as companies that will take your “bid” which is your telling them what you want, need, and the result your after.They will then talk to you (or you’ll send emails back and forth) and negotiate a fair price for both sides.

Once you have your video created you need to get it into the right internet hot spots to get it seen. You don’t have to run a television or radio spot to get your video out there into the hands of your free marketers (the people in your target audience and their friends propagating it all over the web where even those outside your target market will find it and may become your target audience in an area you didn’t even realize you could work with!).

Your options in this area are many but can be broken down into a handful of powerhouses that are famous for its traffic and exposure. One of the main sites that don’t stop videos from production due to marketing a product and that is a household name is YouTube.

I am glad that people experiment with GooglePlus Hangouts in so many ways whi... 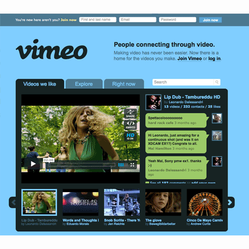 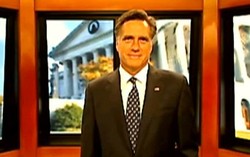 I am glad that people experiment with GooglePlus Hangouts in so many ways which proves the power of this feature.
41%  4   4 pateluday
Video Marketing Tips

Youtube is World's most-watched medium. People visit YouTube for entertainment, as part of a business strategy, and for retention as a library on their preferred topics online.
Loading ...
Error!