What Is Dystopian Fiction

In short, a young adult genre that is very hot right now. Setting that aside, however, dystopian fiction is all about a nightmarish society that wants to minic utopia.

Dystopian fiction focuses on a society that is imaginary, one of an alternate future that people can actually believe it might come to exist at some distant point in time, and one that makes us reflect on what we have right now and why it's worth fighting for it.

In a dystopian society, the things are bad, and I mean really bad. Well, not as bad as in a post-apocalyptic society, but twisted enough to never want to live there or even know of such a real place. And if you really think about it, we're not so far from such a society afteral.

While most people think of fiction in terms of books, dystopian fiction also includes movies, TV series, even music and games. Fiction is defined as something that is not reality, and the last few years dystopia has really seeped through all the media that caters to people's love of fiction overall.

What Is The Difference Between Dystopian And Utopian Fiction?

Well, not quite. It's true that dystopian fiction is in fact a sub-genre of utopian fiction, however what the two stand for are quite the opposite. Nevertheless many people tend to confuse the two genres because when it comes down to it, there is a very thin line that separates the two, even though the ultimate reality is quite different in each world.

The first thing that comes to mind regarding the difference between Dystopia and Utopia is that one is born out of hope, while the other out of desperation and has a warning message attached to it. If we go on destroying our planet, this is something that could happen as a result.

An utopian world is one that many dream of, but it is unattainable  Something to aspire towards, even while knowing that it will never really happen.

In an utopian society, everyone is equal and decisions are made for the greater good of the whole community. People are truly equal. Usually the leaders are part of a council of sorts who takes decisions for everyone's well-being. The stories themselves present us with real hope for the humanity.

While on the surface a dystopian society is also based on equality, in truth the situation is quite different. There is a clear hierarchy with a strong division between the upper and the lower classes and breaking this hierarchy is simply not possible - not without a revolution or rebellion anyway.

So while in utopia the society is well integrated and the community works as one in a perfect world, in dystopia fiction there is a strong segregation, oppression and control by the government. The world there is anything but perfect.

The pioneers of this type of fiction

Dystopian fiction has been available to us for a long time, even though we might not have known the actual term. For example almost every child read Gulliver's Travels by Jonathan Swift, but did you know that this book is in fact dystopia? Or how about The Time Machine by H.G. Wells?

A few other noteworthy early Dystopian novels are When The Sleeper Wakes also by H.G. Wells, Erewhon by Samuel Butler, The Trial by Franz Kafka, Brave New World, the popular work by Aldous Huxley. Then we also have the well known works from 1940s, when dystopian started to see a real surgenge, as in Animal Farm by George Orwell, 1984 by the same author, and Ape and Essence by Aldous Huxley.

The 1950s presented us with lots of great early dystopian works, and maybe the most well known book is Fahrenheit 451 by Ray Bradbury. Lord of the Flies by William Golding is another one that I remember fondly as having read as a kid, and Minority Report by Philip K. Dick or Atlash Shrugged by Ayn Rand are a few more popular ones worth mentioning.

I bet you've read some or most of these books, but did you know that what you've been reading all along was Dystopian fiction?

Would You Consider These Earlier Novels Dystopian Fiction?

How About Some Great Dystopian Movies And TV Series? 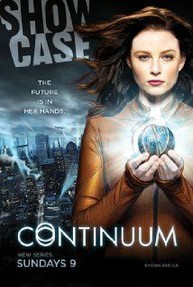 As I mentioned above, fiction is not only books, but also other media forms, such as TV series, movies, video games and even music songs.

When it comes to great Dystopian movies and TV series, the first one I can think of - simply because that's what I'm watching these days on TV is Continuum. It is a great Canadian series which has recently returned with a new Season 2.

While most of the story takes part in our own current world, the main character, Kiera Cameron comes from the future. She comes from a world which initially she believes to be utopian in nature, especially when she comes into contact with our own people, however the more she stays here, the more she interacts with folks and learns about our old ways, the more she starts to wonder whether her utopian society is in fact utopian afteral. This is a classic theme in the dystopian fiction where the main hero/protagonist is the one who ends up rebelling against that very society that created her - or him.

A great Dystopian movie worth noting is Logan's Run - this is a film that I watched as a child when I had a big crush on Michael York. Having re-watched it just a few years ago, I saw it for what it really is - a dystopian society depicted in firm. If you haven't watched it yet, it's well worth checking out.

I, Robot, the movie with Will Smith, based on the same named book by Isaac Asimov is another great example of dystopian movie that became instantly popular after its first showing. Here robots are regular household 'things' that help humans in their daily work. Until a robot does something else...

And going back memory lane, how about Total Recall, the movie from 1980 with Arnold Schwarzenegger? Whether you like or not this actor (or politician), I think this is a great movie worth watching. The world is in 2084 where an Earthbound construction worker dreams of going to Mars...but is it a dream or is it reality? In 2012 the movie had a re-make with Collin Farrel as actor - also an awesome film worth watching.

Finally, it is impossible to leave out Matrix. This movie (especially the first one in the series) is a prime example of a dystopian society where Neo, played by keanu Reeves, and other people are starting to wake to the fact that things are far from being as rosy as they thought it would. Personally this movie is one of my most favorites of all times.

If you haven't seen them, you're really missing out!

I think it is safe to say that when we think of modern dystopian fiction, our mind usually runs right away to The Hunger Games trilogy - be it in the form of books or movie. And with right so.

Susanne Collins has truly revived this fiction genre and made it what it is today. Many other authors have tried to (some successfully, others not so much) emulate dystopia and a dystopian society in their own worlds and the great number of works produced every years is simply staggering.

So here are some more books like The Hunger Games. For example in modern dystopian fiction you will find titles such as Divergent (one of my favorite dystopian series), Matched, The Maze Runner, Delirium, The Host and many others. These are all great books, maybe the best of the best in the modern Dystopian fiction and are well worth spending a few hours of your time reading them, especially if a future society which is anything but like our own is something you might be interested in.

Do You Enjoy Reading Books About Dystopian Societies?

Best Post-Apocalyptic Novels
Here you will find some of the best post apocalyptic novels that great authors have written and people have voted for. It is my personal list, so as such it ...

Books Like Divergent
If you've read Divergent, the popular distopian trilogy by Veronica Roth, you will be definitely looking for more books like Divergent and The Hunger Games. ...

Best Zombie Books
If you're looking for some of the best zombie books, you've come to the right place! I'm a big fan of zombie books, zombie movies, zombie games and everythin...

Do You Have Any Dystopian Fiction Favorites?

I now have some good reading material to add to my list. I enjoy reading while I'm setting in my car waiting for my kids after school. In fact I carry books around with me everywhere, you never know when you might get the chance to read.

Oh The Handmaid's Tale, you're so right! I wish I could list all the great dystopian books I loved, and you're right Margaret Atwood is a great one as well. Thanks for the suggestion.

What is a dystopian society in current fiction, what are its main characteris... 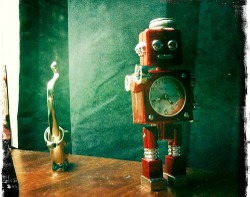 What is a dystopian society in current fiction, what are its main characteristics, and how does it all tie in with the dystopian novels?
21%  2   2 marciag
Young Adult Books