Where Have All The Sun Hats Gone?

I have noticed an extreme shortage of people of all ages wearing sun hats, people with bald heads and babies particularly need protection.

Would people go out with no sunblock on? I hope not, no head protection for certain sports, without their spectacles? without an umbrella or raincoat when it is raining heavily? This lack of protection in the sun can lead to sunburnt necks, shoulders or even the face. Every time someone is sunburnt, particularly in childhood increases the risk of skin cancer.
Facts- doctors find the most skin cancers on the face and neck, the areas most exposed to the sun.
Skin cancer is rising.
Melamona, the most dangerous one can kill you.
The skin of a baby is much sensitive so they are at more risk.

General care in the sun

Babies and old people are more at risk because of their delicate skin.  They cannot regulate body temperature properly so are more at risk of heat exhaustion or even more seriously heat stroke.

Try not to go out in the midday sun.

Babies and pets should never be left in cars on a hot day, the heat rises very quickly.

Check any medication for sun sensitivity.  If it is an issue it should say so on the container.

Sand and water can reflect the suns rays.

The sun's rays are always more powerful at high altitudes.

We obtain vitamin D through sunlight but it does not need to be strong and we only need short exposures, around 15 minutes in a day.

Do You Wear a Sunhat?

The hats giving the best protection have wide brims, not baseball caps but they are better than an uncovered head.

In addition to shading the head and neck the material should not allow sun to shine through, check this by holding it up to the light.  The hat should fit well.  Floppy hats are best for children and they are easier to wash.

The earliest was probably the Petato, a type of wide brimmed hat dating back to Ancient Greece, approximately 1200b.c. These were made in Thessaly or Crete to give protection for the outdoor workers.

The Panama hat began being made in Ecuador in the 17th Century.  It gained popularity when the American president Theodore Roosevelt was seen wearing one in 1904.

There is plenty of choice now;

The Sombrero, a wide brimmed hat from Mexico, extra wide to cast shadow over the head, neck and shoulders.  Most are made from straw but there are also more expensive felt ones.

Cowboy hats.are good because they cover a large area.

Straw hats are light and give good protection if tightly woven, wide enough and preferably lined with cotton to further block out the sun.

The flap hat, like a baseball cap with flaps that  fall down the side of the face protect the ears, cheeks and neck.

The bucket hat has similar properties to a flap hat but is not quite as effective.

I think it's down to people feeling self-conscious in a hat. Of course if more people wore them, the feeling of standing out from the crowd would disappear.

I wear baseball cap. It is good at protection of my eyes and face, but I noticed I should do something about my neck. Thanks for heads up!

This hat was handmade for me by a basket maker friend. I love it! 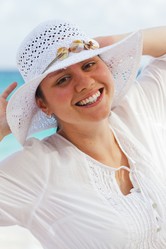 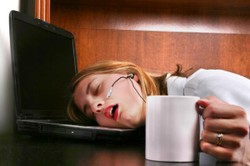