Perhaps you have never heard the name Lidia Guevara but if you enjoy listening to female Pop and Rock singers you should listen to her songs.

Why I am a fan of Lidia Guevara
I had never heard of Lidia Guevara until recently when just over a week ago she contacted me at Myspace and I went to check out her page where I found she is a singer-songwriter with some brilliant songs. I listened to them all and became an instant fan. I hear a lot of music and it takes a lot to make that sort of impact on me I can tell you!
Lidia has a lot of fans and I am sure she will soon have very many more. This is not surprising because besides being bewitchingly beautiful, she has such excellent catchy songs and a passionate and soulful voice. Visually, Lidia reminds me a bit of Jefferson Airplane and Jefferson Starship's Grace Slick when she was a lot younger, and vocally she is equally powerful.

Lidia Guevara with her guitar

NADIE COMO TÚ ("Nobody like you") is my favourite song by Lidia Guevara, and I am not at all surprised this has been chosen as the song she is mainly promoting. Lidia also sometimes changes the chorus line and title when she sings Ningún como tu to the very same tune.

I would go as far as predicting that Nadie Como Tú would be a smash hit if some label would have the sense to sign Lidia and release it as a single. It has that pop anthem quality that causes people to sing along with it. Nadie Como Tú is definitely hit material!

Lidia Guevara's fans love the song as can be seen in the video of her performing live that I have included here. I really believe that Lidia is going to be a big star. She has the looks, the talent and the songs!

Lidia has been involved in several other big musical projects in the past, including being the singer for the Spanish pop group Bhangra. Bhangra had a hit album out in 2007 entitled La Danza del Vientre and the group successfully brought some of the sounds of the east into the pop charts in Spain.

Bhangra had songs in English and Spanish and combined actual bellydancing with the music and song of their performances. The band released a second album in 2008 entitled ...a bailar!

However, even though she had tasted great success with this group, Lidia decided to go it alone as a singer and songwriter. I personally think she has made the right move and I forecast very great success ahead for her, and not just in Spain but on the international stage as well if she gets the big break she deserves.

Lidia comes from Barcelona, where she has some live dates planned for later this year, and her songs are in Spanish, but that shouldn't stop you appreciating her talent even if you don't understand the language. Lidia's songs and voice break through language barriers and appeal straight to the heart and soul. That is what I mean about Lidia having that star quality!

Find out more about Lidia Guevara 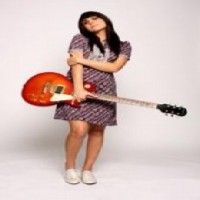 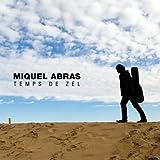