Trials in 18th century Britain were radically changed by a young barrister whose influence continues today in the English-speaking world.

Trials evolved from guilt or innocence being decided though armed combat. Later, the divine intervention of the Almighty was summoned to render judgement via painful ordeals of dunking in scolding water or having red hot iron applied to the flesh; if the accused suffered no injury from such assaults it was deemed that God had protected an innocent person.
By the 15th century juries began to emerge as the decision makers but they had little resemblance to the supposedly impartial arbiters of the fate of the accused that we have today.

No Rights for the Accused

Trials remained grossly unfair to the accused until well into the 18th century. Accused people, if charged with a capital offence, were not allowed to have a lawyer represent them. There were no rules about how evidence was presented and there was no presumption of innocence. Juries could be easily fixed to favour the wealthy over the poor.

Evidence was often given by shady characters known as thief catchers who were paid a bounty for bringing suspects to court. They were not concerned about guilt or innocence, their focus was on collecting the bounty. Many a blameless person went to the gallows based on the testimony of villainous bounty hunters.

The whole affair was tilted heavily in favour of the prosecution. A trial would only last a few minutes. Former barrister Clive Anderson writes (The Telegraph, October 2009) “…such cross-examination as there was was done by the judge or even the jury. Criminal defendants in the main were desperately poor or just desperate and the thief catchers and bounty hunters who testified against them often not much better.”

Lawyers mostly refused to represent such riff-raff. The accused might be allowed to make a brief statement and then the judge would tell the jury what verdict he expected from it. Jurors remained in the courtroom, chatted briefly among themselves, and then, usually, did the judge’s bidding. And, with more than 200 crimes carrying the death penalty, the hangman was kept very busy.

The 1999 movie Plunkett and Macleane depicts the fate from which William Garrow’s advocacy saved many. (Point of accuracy: Criminals executed at Tyburn were suspended not hoisted up as shown).

The Invention of Cross-Examination

The bias against the accused began to change with the arrival of William Garrow. In 1784, he began his career as a barrister defending clients at a time when very few prisoners hired counsel. 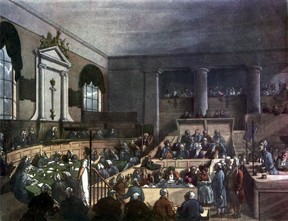 The Daily Mail (November 2010) describes Garrow as “the Robin Hood of the courtroom…determined that the penniless, the ignorant and the weak would no longer be tried by corrupt officials and framed for crimes they did not commit. It was Garrow who coined the phrase ‘innocent until proven guilty.’ ”

William Garrow invented the art of cross-examination. This is the basis of trials today; the idea is that evidence must be tested for accuracy through questioning.

Garrow’s biographer John Hostettler says his questioning style “could be very, very aggressive…He often tripped up the witnesses; made them say what they really didn’t want to say, and admit what they didn’t want to admit. I would have thought it would be pretty terrifying.”

One observer said that Garrow “seemed, every now and then, to destroy, almost to annihilate, an adverse witness.” 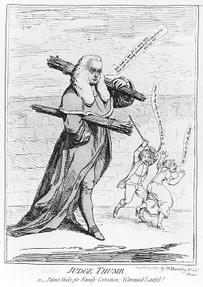 In 1805, William Garrow was elected to Parliament and in 1811 he became Solicitor General for England and Wales; followed a year later by appointment to the post of Attorney General. He was knighted at the same time. He spent 15 years as a judge and died in 1840.

It wasn’t until 1991 that Sir William Garrow’s rightful place in legal history was recognized when John Beattie published an article about him in History Today. Since then, there has been a biography and a television series “Garrow’s Law” covering the lawyer’s exploits. 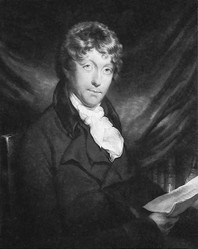 A holiday day out prompted me to think how blessed I was to be standing in HER HOUSE, her bedroom, her home and garden. With so many photos to share I decided to put some here.
95%  18   8 JoHarrington
Georgian Era