A Fisherman in the desert

In the hot dry south of Tenerife no one expects to see a man with a fishing net walking off into the semi-desert but this was what they saw in Las Galletas.

A tale of something decidedly fishy
People must have thought that I was quite mad when they saw me walking into the desert here carrying a fishing net under my arm but I had my reasons.
In the badlands next to the road into Las Galletas there are several pools and all of them are home to thousands of Mosquito Fish, and it was some specimens of these that I was after. As a boy I was forever to be found in my "wellies" seeing what I could catch in muddy ponds, so in some ways not a lot has changed.
I had to be very careful where I was stepping, just like when I was a lad. Loose stones and deceptive bits of ground could easily mean being up to my knees in water and mud, and I had no Wellington boots this time.

The appeal of catching tiddlers is almost instinctive I think and sweeping my net through the brown water I caught three fish on my first attempt. The two females and a male were just right for my purposes. I wanted to get some photos and also to try keeping them. I popped my new pets in a large jam jar I had brought with me.

I took a look at my captures and also at the pools where I caught them. There is something very primeval about the place, with the volcanic rubble of the surrounding area, the slimy stinking and bubbling mud, and predatory insects like the large red dragonflies whose ancestors date back to prehistoric times.

Find out more about Tropical Fish

Just like in the days of the dinosaurs, the hunters get hunted, and the tiny fish probably also get eaten by wading birds. I have seen Egrets and some type of Plover feeding in the mud and I wouldn't be at all surprised if some of these birds raise their young on the plentiful food from these pools. I haven't seen any "twitchers" there yet though.

Mosquito Fish can give rise to several generations in a year. Babies are born live just like those of the related Guppy, and the mother fish can have 50 or more young in one go. The fry grow fast and become sexually active themselves in as little as 6 or 8 weeks when the smaller males start to chase after the females, which are remarkably similar in appearance in both types of fish. In other words, they are a drab silvery grey-brown with no bright colours.

I like them though, and think they have a certain charm all of their own, and so I wasn't surprised to read that Mosquito Fish fanciers have succeeded in breeding albino and gold strains.

There are actually several species known as Mosquito Fish, but Gambusia affinis and Gambusia holbrooki are the main ones that deserve this name. They originally came from Mexico and the central and southern states of America, but have been introduced into tropical and subtropical fresh water all over the world to help eradicate the biting pests they are named after.

Mosquitoes breed in shallow stagnant water and these little fish greedily snap up the wriggling larvae. One large female fish can eat up to 200 larvae in a day.

Both Mosquito Fish and Guppies have been added to reservoirs and irrigation tanks in some parts of Tenerife and the Canary Islands, as well as being kept in ornamental pools. I tried keeping my Mosquito Fish in a large 5 litre plastic bottle and found they seem happy enough on a diet of tiny scraps of cat-food. They also love the little green caterpillars that were ruining my houseplants.

Mosquito Fish are remarkably tolerant of their conditions and can live in fresh or brackish water and take temperatures up to 100 degrees Fahrenheit.

However, their use as a pest-control agent has its limitations and potential problems. Although they do fine at eating mosquito larvae in water troughs, irrigation tanks and disused swimming pools, in natural ponds and lakes they can pose a threat to native aquatic life like fish fry and tadpoles. This is why some conservationists call them "Dambusia" instead of Gambusia.

Damned mosquitoes aren't fussy, about whom they bite, where they breed or where they carry disease. They lay their eggs in any stagnant water they can find and often this may well be an old bucket or other container. In situations like these, Mosquito Fish are clearly of no use in keeping numbers of the larvae down.

Around the island of Tenerife

In my travels around Tenerife though, I have often seen green algae-filled fountain pools in the town and village squares, and usually there are thousands of mosquito wrigglers present too. They surely pose a serious problem for residents and visitors alike.

If I had my way, I would put some Mosquito Fish in all of these fountain pools and let them eliminate the winged pests. Mosquitoes, in such circumstances, would be well advised to buzz off fast!

Visiting the remote mountain villages of Tenerife's north are like taking a s... 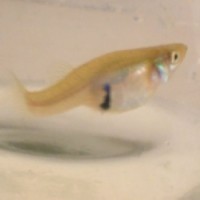 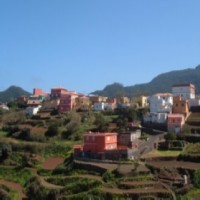 Visiting the remote mountain villages of Tenerife's north are like taking a step back in time. Las Carboneras is one such hamlet.
16%  0   2 BardofEly
Frogs