We are aware that children are not easy to entertain. They aren’t simply content with sports or watching TV; the kind of excitement they crave should not only be exhaustive but continuous! You may find it tiring thinking of ways to please them, and this is why you should consider buying the right Wii game for your child. We all know that every child has different preferences, so therefore we’ve decided to give you a selection of Wii games- which are fast, simple, engaging, and all ready to have fun with!

Top 7 Tycoon Games 2018
We provide you with wide array of options if you are into Tycoon Games.

The Nintendo game Super Mario Galaxy would be first to look at. A game that demands your child to be most energetic and use the Nunchuk controller and Wii Remote in almost every possible way, in order to make the most leaps across alien dominated territory and so gain the most points!

This engaging game is not only colorful and creative- but it also has multiplayer features for two players at once, in order for you and your friend to make the best use of it!

A second option would be Wuhu Island on the Wii Sports Resort; a TV screen vacation in itself for your kids. This game offers multiple activities such as Canoeing, Basketball, Power Cruising on a highly realistic beautiful green and blue island. The Wii Motion Plus Accessory that accompanies this game ensures that the player’s every move feels like one taking place in the real world; as you aim for the bulls eye of an increasingly distanced archery game, the Accessory allows you to feel as though you are really aiming for the target with a real bow and the strain in your arm.

The Wii Remote in fact, is meant to be held in a way that one would play different games; as a paddle for when it's about to canoe, or as a tennis racket when one is playing the sport, making it so much more fun than in the real world!

Top 8 Gangster Games 2018
A vast variety of Gangster games all set to thrill you and guarantee a quality gaming experience.

It may seem like an adorable game with its Lego animated characters, however, it’s very realistic  and an original twist on how two of the most famous superheroes; Batman and Superman, despite their differences, team up to defeat the nefarious Joker.

A game that any Marvel fan would be sure to enjoy- especially younger children, this game is not one that ought to be missed!

Yet another choice would be The Angry Birds Star Wars –Nintendo Wii. This is an improvement on the original Angry Birds game, and is creative because it incorporates the original concept of the Star War legacy; and it boasts 20 levels, guaranteed not to bore your child at any time- it also allows multiple players to freely interact with each other, while raising a competitive spirit amongst players at the same time.

With over 25 hours of games that will keep you on the edge of the seat, this is one game I would definitely purchase!

Yet another energetic game would be FIFA Score 13- Nintendo Wii U. A game intended to let football fans feel as though they were really playing in the field, it offers features such as a Full Team Management Control on its Game Pad; using this you can act as real team leader or referee- changing the positions of players or choosing their tactics.

A Tap and Tackle feature also allows to take an authoritarian stance and take over a certain player by simply tapping on the screen. You can always use the remote to shoot on the screen, and make more goals for your team.

Best of all, however, is the fact that you get the real gritty and exciting feeling of playing in a real football match!

Another game would be the one based on the Disney movie, Planes. It is in fact a near replication of the movie and is called, Disney’s Planes- Nintendo Wii.

The flight controls in this game allow you to play as any of the movie characters and to travel to visually stunning locations; be it green fields, cold mountains or an exotic bright blue beach.

A chance to experience the real fun of the movie, you can pick any character and accordingly either play with multiple players or by yourself!

The Wii game, Skylanders Giants Nintendo Wii(Loose) is also one with a lot of action involved.

The game requires the player to use a Power Portal to unlock the fierce and mighty Skylander Giants; made of metal, fire and rock to band round their smaller fellow Skylanders again. The Power Portal is a feature to be separately purchased, however features that do accompany this interesting game are Art Work, a Game Disk and a manual to help you release the powerful giants!

Just Dance 4 Nintendo Wii is a highly creative and unique of its kind game which is based on dance battles. The Just Dance Off mode and Just Sweat it Out- which are dance workouts guaranteed to not only let you have fun but burn some calories in the process as well!

You also get to have different choreographies and dance to moves with the crew you bring, to some of the biggest hits around!

And if that still isn’t entertaining your kids, then we’ve one last gold nugget for you- Resident Evil 4, by Capcom! Based on the popular movie franchise, this game reinforces the same concept of defeating the bad guys via the use of realistic guns and in locations that are well suited to hunting evil- be it cold forests or a frozen wasteland with a haunted castle.

Practice firing at some of the biggest and fiercest creatures around, and when you’re finally ready for combat, do so with some lovely assistants by your side!

Resident Evil 4, is then a game that will surely delight not only fans of the movie, but just about anyone looking for some action- which means your kids!

I am starting to imagine the appeal of these games. I'm reading on Amazon that the 6-year-old and 8-year-old kids of one customer danced for 6 hours after getting the Just Dance game. Pinning these Nintendo games onto various boards.

Get your children to play the motion sensor Kinect games which can provide th...

Pick you favorite crop and enjoy the real farm life while setting up your own... 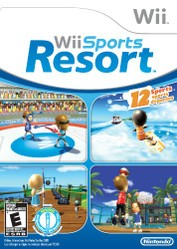 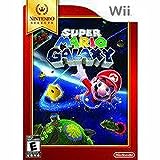 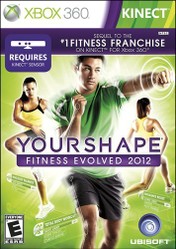 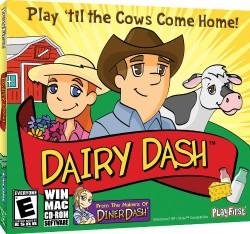 Pick you favorite crop and enjoy the real farm life while setting up your own farming business
Loading ...
Error!