Daniel Iorio is a singer-songwriter and musician from Canada. Despite widespread critical acclaim, many fans and undoubted talents he is unsigned.

Daniel Iorio comes from Canada
Daniel Iorio comes from Montreal in Canada and follows in a line of brilliant singer-songwriters from the country that includes Leonard Cohen, Joni Mitchell, Neil Young and Gordon Lightfoot.
Unlike them though, despite his talent and very much critical acclaim, Daniel has never gained the exposure and fame that his brilliant song-writing deserves. Daniel Iorio remains unsigned.
Daniel Iorio epitomises the true independent musician and he started out recording his songs armed with little more than a cheap microphone, a guitar, his computer and some great ideas.

I first met Daniel Iorio on the old mp3.com website for digital indie musicians and bands and we struck up a friendship.

I was instantly impressed with his songs that combined elements of psychedelia with folk rock and a very strong John Lennon sound to the vocals. It almost sounded as if I was listening to some unreleased demo that John had recorded all those years ago.

What was truly remarkable though was the fact that I knew that Daniel was so skilled with production that he could turn out songs on his PC with just a guitar, samples and a cheap mic that sounded as good as many a track produced in a proper studio.

Not surprisingly Daniel Iorio gained a lot of critical acclaim and fans with his many releases on the OMD websites that allow songs to be uploaded, streamed and downloaded.

At one point Daniel recorded a brilliant cover of my song Harvest Home. He added the distinctive Daniel Iorio sound and arrangement to my song and made it his own.

Daniel has never needed to cover other people's songs though because he is an incredibly prolific writer. He has enough for many albums of outstanding original material.

Some of Daniel's songs have a definite folk roots feel to them and may also touch on metaphysical and spiritual concepts but always without in any way preaching. The music comes first but the lyrics may make you think and ponder.

where are we now - daniel iorio

Daniel made friends with many other independent and unsigned musicians and singers via the Internet and went on to collaborate with some of these. Daniel Iorio collaborated with Germany's Mike Burn and fellow Canadian Mark Hewer.

Daniel now has his own group simply called the Daniel Iorio Group or DIG for short. The group has its own website and also a page on Myspace and Facebook.

Although he remains unsigned Daniel's songs are available on Amazon, CD Baby, Rhapsody, iTunes and elsewhere and are well worth checking out.

Daniel Iorio represents Canadian musical talent at its finest and it is a sad reflection of the crazy music business that he is not a world famous star. 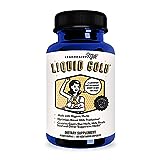 As a singer-songwriter I am pleased to say that a number of my songs have been covered by other artists. This shows the quality of my material and is a good way of getting known.
100%  10   14 DerdriuMarriner
Solo Singers