In 1847 Carlo Gatti, an Italian Swiss immigrant, arrived penniless at Dover. His natural talent for business strategy, marketing and business innovation made him a rich man.

Through hard work and determination, many immigrant communities have contributed to their host countries by adding cultural vibrancy and displaying an ethic of hard work and business acumen. In Victorian England Carlo Gatti was one such immigrant.

Carlo Gatti was born in 1817 in the Blenio Alpine Valley in Italian-speaking Switzerland. It was a poor, isolated area whose male inhabitants couldn’t wait to leave and find work in the newly-industrialised Europe.

Gatti was no exception. Initially, he seemed to lack ambition; he was not a scholar and often played truant. After a terrible beating at school Gatti never returned. Instead he walked to Paris, a journey of 600 miles, where his father had established a chestnut business.

Carlo Gatti - From Paris to London

Paris was full of lively cafes, serving all classes of people . These cafes provided coffee, ice cream and light music. Doubtless Carlo would have absorbed not just their atmosphere, but their management techniques and business strategies.

Carlo certainly didn’t settle down to the family chestnut trade and in 1847 at the age of 30 and married, he arrived at Dover.

Carlo began life in London running a coffee stall. Holborn was the Italian immigrant community and he probably lived there.

Two of his children died, an event that must have spurred Carlo on in his new-found ambitions to provide a better life for his family.

Battista Bolla, a chocolatier,  had premises at 129 Holborn Hill. In 1849 Carlo joined forces with him and they opened a café-restaurant.

To ensure that he attracted the crowds to their establishment,  Carlo imported a Parisian chocolate-making machine and placed it in the window where he proceeded to operate it every day.

This did the trick!   People would peer in to see the exotic machine churning out chocolate, and of course,  they would be tempted to go in and try some for themselves!

Be your own Chocolatier!

Carlo Gatti and His Penny Ice

The year of the Great Exhibition, 1851, saw Carlo established as a pastry cook in the Great Hall of Hungerford Market off the Strand. In only four years he had five shops in the Great Hall and may have started selling his Penny Ice Cream to the public from here.

His Penny Ice was a great novelty.

Ice cream was usually reserved for the rich, but soon London streets were awash with Italian ice cream sellers or, Hokey Pokey men, so called as they tempted customers by saying, “Ecco un poco” – “Taste a little”.

At Hungerford Market Carlo established a Parisian-style café which served coffee, ices and light music. This was a new type of venue for working people and families.

Why Not Make Your Own Ice Cream?

It's easy with these ice-cream makers!

Time for Carlo to become – an ice merchant!

It is thought that Carlo had a license to cut ice on the Regents Park Canal, but eventually he imported purer ice from Norway, becoming London’s largest ice merchant.  (The importation of ice from Norway into Britain makes an interesting story in its own right - read about it here.)

The ice was stored in his ice wells along the Regents Canal and delivered by horse and cart to Gatti's many customers.

Make Your Own Ice !

When Carlo Gatti died on September 6th, 1878 at his home town of Dongio, he was 61 years old. All his London establishments closed for the day out of respect.

And Don't Forget the Coffee Perculator!

The UK's Lost Commercial Ice Industry - The Ice Route from Norway to England
From the 1820s to the 1890s London merchants imported pure ice from the lakes and fjords of Norway. It was a thriving industry, requiring strength and skill from its workers.

A Short History of Oxford Coffee Houses and Student Life
The Oxford coffee house was the perfect meeting place for intellectually curious, and argumentative male students. But the Oxford University authorities were watching.

Short History of London Coffee Houses and Cafes
Brand name coffee shops dominate the high streets of London. Love them or hate them, their legacy is fascinating.
Updated: 12/12/2013, KathleenDuffy
Thank you! Would you like to post a comment now?
6

Thank you EmmaSRose! Yes, you are right - I think ice cream was definitely a stroke of genius! :)

cmoneyspinner - Ha ha - any excuse to pig out! I'm with you there...especially on ice cream.

Mira - If you find that recipe I hope you share it! :)

This made me want to make ice cream sometime soon. I wish I had some famous recipes from that time. I do have some old Romanian recipes from the middle of the 19th century, actually. I'll have to look for it. Thanks for this! His life tells a lot about how cafe businesses in the food industry evolved.

I am going to make my own ice cream one day. But first ... FIRST ... I have to try all of the other flavors and brands in the grocery stores and at the local ice cream shops. Hey! How else will I know if my home-made ice cream is any good?!! :)

I guess there's a lot more red tape around these days to de-motivate people!

I wish more people were this motivated. I wish I was that successful!

Yes, that work ethic seems to be deeply ingrained, along with hope!

It sounds as if he worked very hard, as many immigrants do, to succeed in a new country.

In 1749 Handel conducted the first of his many charity concerts at The Foundl... 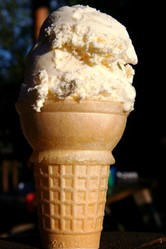 The French Revolution inspired English radicals to dare to fight for reform. Their weapons were a new literate artisan class and the printing press.
32%  4   3 KathleenDuffy
Age of Enlightenment 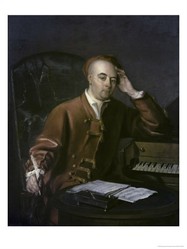 In 1749 Handel conducted the first of his many charity concerts at The Foundling Hospital, an institution that cared for the destitute children of London.
Loading ...
Error!