A little introduction. I'm Christene. Pleased to meet you.

Those are so not my favorite things. I melt in the rain, I'm allergic to roses and kittens (plus those whiskers are sharp!) I don't use my stove, and winter is my least favorite season. I do love musicals though!

Alright, I've been on Wizzley for a couple of days now and I seem to be hesitant to create my first Wizzle. (Do we call them wizzles? I don't even know that much yet.) I don't know why I'm so timid here, I've been on Squidoo for over 4 years now, and on HubPages for over 1 year. As I write this I've got 228 lenses and 31 hubs under my belt, but all of a sudden I have lost my focus.

I think I just have to jump in, so I'll start with something I'm sure I know about. Me.

These are a few of my favorite things...

I'm not sure when I first fell in love with Musicals, but my earliest memory of them is watching this version of Oliver! on tv when I was a young'n. I had to be less than 10 years old at the time, as that was about the age Mark Lester was in the title role and I remember thinking he was older than I was. I had such a crush on that character.

Fast forward to highschool. My parents got us season tickets for the North Shore Music Theatre. It's a small theater in the round, so just about every seat in the house is a good seat. I was also involved with my school's Spring musicals. My freshman year I missed tryouts, but I got to be on the stage crew for Guys & Dolls. I have such great memories from that show. The next three years I was in Brigadoon, Pippen, and Hello Dolly! as a dancer and in the choral ensamble. I never wanted a speaking part. I have terrible stage fright when it comes to public speaking, but I never had a problem dancing or singing in front of a crowd.

My first two years of college I was in the Honor's Program and we would get to go to big name musicals at the Providence Performing Arts Center. I know it wasn't Broadway, but it sure felt like it. Even way up in the balcony I was just so excited to be able to see shows like Les Misérables, Phantom of the Opera, and one of my favorite Musicals ever Miss Saigon.

I did get to see my first Broadway show while I was in college as well. Cats with my parents. After I graduated my second was Rent with my (now) husband which I absolutely loved. My third Broadway show was Marry Poppins with my husband and daughter. One of these days I really want to see Wicked.

If you're interested, I have a lens on Squidoo about current shows on Broaday called, you guessed it, Broadway Shows. If you'd like to get theater tickets give TicketNetwork a look.

I started taking dance classes when I was 4 years old and continued through my senior year of high school. Ballet, tap, jazz, and pointe (well I attempted pointe). My dance school was very laid back. It was for fun, not for competition. As a result I never reached the level you'll see on So You Think You Can Dance, but I think I was pretty good. ;) I was *really* shy from about age 11-17, but the dance floor was one place I always had confidence.

In college I had hoped to join the dance team, but my major didn't allow me the time. So I had to take 5 years off from organized dance. Since graduating I've been able to take adult classes in Tap and Hip Hop as well as Zumba.

I'm about to be in my first dance recital since 1994. This is the first time I'm actually nervous about it. I'm an old lady now (ok I'm only 34), but no other adults made it through the year so I'm dancing along side of 14 year olds. That's pressure!

I'm a bit obsessed with all things Disney.

I feel completely at home at Walt Disney World. It is my happy place. When I'm there I never want to leave, when I'm not there I can't wait to get back. I set the age of 5 for my daughter's first trip but I couldn't wait that long so we took her at age 4 1/2. LOL We've been back every year since, sometimes twice in a year.

I was only 2 on my first trip to WDW. I think that's crazy, but I like things nice and easy. Ha. My daughter had to be able to walk on her own (no stroller), be out of diapers, and listen to reason. 4 1/2 was the perfect age to bring her. She was still in awe of the princesses, but mature enough to handle the long days. But back to me. I've been to Walt Disney World 18 times (as of this post), and Disneyland once. If money were no object I'd totally have a vacation house at Disney's Golden Oak.

I'm a big kid who loves Winnie the Pooh, Disney Fairies and Princesses. I have a few Disney related collections. The largest (and longest time spent) is my license plates. Sadly I don't have them displayed anywhere in this house. I have to get on that. I also started collecting trading pins recently. My smallest collection (of only 2) are my Vinylmation characters. My daughter collects snowglobes, pins, and postcards. I've got her hooked too. :P

In no particular order

An Arizona Road Trip
My family's fun journey through Arizona May 24th - June 1st 2010. I hope it inspires you to plan an Arizona road trip of your own.

Globes: Educational Tools to Works of Art
This page offers some of the nicest world globes available, as well as globe themed gifts and a few giant globes for you to visit.

The Glee Project
SEASON 1 - Performers competed for a multi-episode guest-starring role on Season 3 of Glee.

It's so interesting to read about your interests, especially since we do have the same birthday...I was curious if that might also show if we have common interests. Ha ha ha, Nope. Just a 'kind-of' related one, on stage & singing. I was 1st soprano all through HS, until I got a wild hair & tried out for the Cheerleading squad. It totally ruined my vocal cords! But that didn't stop me from getting a part in every HS drama play, receiving best actress once.

So nice to get to know you better Christene!

Absolutely love the introduction and thanks for the chuckle! Lovely to learn a little more about someone I know online and have immense respect for

LOL at your intro, Christene. I do like all those things and also love musicals, especially Miss Saigon. Delighted to have been able to learn more about someone whose name I've so often encountered.

I've spent so much time at Hong Kong Disney. It is a magical place. I think in some ways, heaven will be like Disney, but everyone worshiping God rather than the mouse.

Fan of Disney too. It is such a magical place, especially at Christmas time. 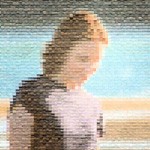