Dear Esther is a PC/Mac based adventure. Story-based, and each play being completely unique, it changes the rules of gaming.

According to Steam, I've just spent six hours of my life playing Dear Esther. I don't regret a moment of it.

In fact, I'm highly tempted to begin again. After all, every exploration is different; and there is an entire island to wander around. I'm happy to do that.

My first glimpse of that island was marked with a loud, 'Wow!' And so was my last.

If it wasn't for the confines of Wizzley, in wanting a reasonable amount of actual content, my entire review of this game would be in that single word: Wow!

I feel like I've been let in on a great and beautiful secret.

I have been captured by a story.  My mind, so entrenched in this world of dilemmas and working, has been screaming out with T.S.Eliot, 'Go, go, go, said the bird: human kind cannot bear very much reality.'   It flew free this afternoon.

My eyes, starved as they are for a sight of the coastline of Gwynedd, felt like they were almost there.  There was always more to find, wherever I looked. Ok, it probably wasn't Wales, but it was a Celtic landscape.  The Hebrides are just as wild.

The graphics here are photo-perfect and immense.  Screenshots don't do them justice.

I discovered this game via a PM from my friend Paul.  I hope he won't mind my quoting him word for word, because he was right.

Go to Steam
(if you don't have it yet install it from steam.com)
Go to the store
Search for "Dear Esther"
Buy the game for a few pounds
Install it
Go make yourself a cup of tea while it's downloading
Start game
Set controls
Click on new game
Select the left episode
Play
Notice that you finished the game in one go and that your tea is cold because you forgot all about it

Paul is a man who knows me only too well.  Though he did under-estimate me.  As if I would let a perfectly good cup of tea go cold...

What met me, after the initial 'Wow!' and in between all of the others, was a story-driven experience.

It's difficult to fit this into what you generally describe as a game.  A journey, an adventure, a meander, maybe even a quest - in the loosest, most spiritual meaning of the word - would fit it much better.

You wander in real time across a rocky, coastal landscape.  Where you go is ultimately down to you (though you will be delivered to all of the relevant places in due course).  You can do that as directly or aimlessly as your whim takes you.

Along the ways, snippets of narration give clues to a context.  Painted symbols and messages are found on walls and cliff-faces.  You put them all together to work out what is happening here.

Only don't be too precious about that.  Each memory, thought and diary narration is randomly generated. They piece together to imply a different tale every time. It's this facet that has thwarted gamers on forums from giving too much away.

This haunting music kept me company throughout my journey. The first thing I did afterwards was buy the album.

So what is the story of Dear Esther?  In my hours of drifting over (and under) the rocks, I came up with several.

My imagination was truly allowed to run riot. There were things which made coherent sense, punctuated with contradictions. It didn't matter. The point is to approach it with a child's idea of asking questions, checking things out, just looking to see what's over there.

But the ending does consolidate enough to give you a more definitive conclusion. You are left musing, but not in limbo anymore.

Or did you mean reality, then it's apparently students at the University of Plymouth coming up with a concept.  Ordinary investors made it happen via contributions to The Indie Fund.

Within five and a half hours, they had made their money back.  It has remained one of Steam's most popular games, since its release on February 14th 2012.

Dear Esther was originally a mod for Half Life 2, but it out-grew its conception to fly in its own right.  You don't need to have played (nor even heard of) Half Life 2 to enjoy it.

Buy Half Life 2 to Discover the Inspiration for Dear Esther

If you are into fast-paced, action games, blowing things up, definitive conclusions and major achievements, then this is not the game for you.

If you are into aimless wandering, thinking about things, piecing clues together in an atmospheric location, you couldn't do better than Dear Esther.  As another friend told me, "It's like stepping into a movie."

Apologies that, as a Briton, most of these sites will only give me the prices in pound sterling.

The Chinese Room: Dear Esther
It currently costs $9.99 from the makers of the game. I'd say it's worth it.

Steam: Dear Esther
If you're reading this before or on July 23rd 2012, then it's in the Summer Sale at the bargain price of £3.49 for the game, or £4.99 for both the game and soundtrack package. If you missed it, then double both prices.

Desura: Dear Esther
It's currently retailing at £6.99, which is the usual Steam price too.

OnLive: Dear Esther
This allows those with lower computer specs to still enjoy it, as well as offering a free demo. Dear Esther is currently part of a PlayPack Bundle, which costs £6.99 per month.

How to Manoeuvre your Way Through Dear Esther

Use your keyboard keys for movement and saving:

Then use your mouse for navigating.  Personally, I found that keeping my finger on the 'W' key allowed me to move around with only my mouse for direction.  I barely used A, D or S at all.

Is Dear Esther a Game?

One of the debates in gaming right now is whether this qualifies as a game. Fellow Wizzley author Winterfate mused over the issue.

Here There Be Dragons: My Afternoon at Jagex Studios
On April 27th 2012, I was invited to look behind the scenes in Player Support at the company responsible for Runescape.

Will Genie Solomon Prove a Goldmine for Jagex?
It was inevitable that Runescape would transform into a Nexon clone. Runecoins sees real world money cashed in for cosmetic game items.
Updated: 03/19/2014, JoHarrington
Thank you! Would you like to post a comment now?
4

It's the graphics which made me go WOW initially, then throughout. They are photo perfect.

You're welcome. <3 I really did enjoy it. It's very slow paced, well, it's your own pace, but that's what I liked about it.

Sounds like a mind-blowing experience! Thanks for sharing this.

The OnLive link, at the bottom, allows it to be played on lower spec computers. Though, having said that, I'd want to play this on the highest graphics ever. It's very, very visual and pretty.

Katie - You're very welcome. I'm now utterly obsessed with this. I'm haunting YouTube watching what everyone else saw!

History_Review - I think you'd love it. Run to the Steam sale though, while it's so cheap. Incidentally, there are dozens of languages packs. You get to choose between them. <3

Sounds amazing, thanks for the time and thoughtful review :)K

The Chinese Room have announced plans for an Apocalyptic story-based game. It... 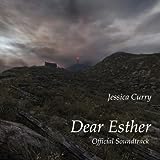 The Chinese Room have announced plans for an Apocalyptic story-based game. It's the natural successor to Dear Esther.
100%  28   14 JoHarrington
Popular PC Games

Want to inspire the whole family to help around the house? Or to establish for once and for all who actually does all the chores? A really fun PC game can help!
Loading ...
Error!