A Johnny Depp costume for Halloween. You may already have the sunglasses. With the leisure suit you may get mixed recognition. Try the everyday wear with a leather jacket.

In 1997 Johnny Depp was Donnie Brasco. The movie was about the true story of an undercover cop actually living too close to the mob in 70's New York. His real name is Joseph D. Pistone, an agent of the FBI. He followed the undercover work with the book "Donnie Brasco: My Undercover Life in the Mafia", 1988.

This is your next great idea for a Halloween costume. Wear it for going out or for the big Halloween party that you are planning.

The real point here is to highlight Depp's costuming in the movie scene on the party boat. He wore the classic teardrop aviator sunglasses like Ray-Bans. Now the glasses come in every color imaginable and with the important UV protection. The scene is a mob boat party and his friend Lefty is out to impress the Mafia syndicate.

Finding the light-hued leisure suit would involve a few trips to second-hand stores. Note that it is not white. Look for tan or taupe in order not to be mistaken for the disco dancing guy. Do not wait too long or you may come up short on completing the whole look. You have to keep an eye open for the white long collar dress shirt, 70's style.

The video clip shows the Depp look in all the glory. Light hued leisure suit, wide collar, the tip of the undershirt, and long slicked back hair, short side burn, plus the aviator sun glasses.

Do some research on Joseph Dominick "Joe" Pistone. He worked for the FBI for 27 years and in the late 1970's became Donny Brasco. He later wrote about those years in "Donnie Brasco: My Undercover Life in the Mafia." This is the book that was the basis of the film, "Donnie Brasco" starring Johnny Depp.

Donnie's wiseguy, Lefty, soon revised him to get rid of the mustache. All NYC Mafia were clean shaven.

Read the True Story to Get Into Character

Read the book and see the movie to get into character and gather the necessary clothes and accessories for October 31st. As you can see, by this photo above, the first thing is the aviator sunglasses.
The book is very readable. The undercover strategy of gathering information was in its beginnings. Mr. Pistone's work laid down practices to maximize court persecutions and FBI mistakes. The agent never became unsnarled in operations with guns.
When the operation ended Pistone concluded the daily life of a Mafia member was mind numbing and repetitious. Day after day talk was about the next job for swag or the next scheme for making money. Every little guy would give portions of his earnings to the guy above. A version of a tax system. This system allowed for getting Whacked.
The two guys Donnie became closest to never submitted the Tax Return. Prison sentences for years at a time became part of the job. Your guys still payed your wife earnings even as you sat in jail. The wiseguy position guaranteed till the release date.
The biggest offense was allowing in members that did not play by all the codes of conduit. All the members may not be forth coming about how much should be the bosses cut, but do not come up too short either. Do not step into another family's territory or into a scheme of bilking money already setup by another family.
The Mob families dealt in whole semi trailers of merchandise. Sometimes the occasional few boxes of cocoa, would need hours of attention for unloading, curiosity of a shipping clerk at the biggest ice cream factory in the nation.
Permissions for face to face meetings would take weeks of other associates politely asking underlings and then slowly by word going up the chain to the man of most importance.  All introductions happened with the formal, "This is my friend Donnie". The little guy would sit at a restaurant booth by himself until motioned over to the big guy's table.
The meaning of restaurateur is different in the Mob's world. The lounge or restaurant was the "business office". No one crosses the door until an okay is whispered with the cheek to cheek kiss. The back log of permission caused all the hanging around on sidewalks.  The biggest meetings also caused sidewalk hangouts for boss protection. The hanging around perfect opportunity for FBI photographers.

If You Do Not Want to Do the Leisure Suit

If course, if you are familiar with the movie, a black leather car coat, and striped Polo shirt would work fine if you are into some of the other scenes. Add the glasses because you have them. They are classic and an accessory that never goes out of style. A person in the know can not be without a pair of Ray-Ban sunglasses.

Now Depp Is the Mob

In one of his later roles, Depp is Whitey, the long time on the lam Mob member, living in Santa Monica. He was caught because he was too friendly with a homeless cat. I imagine he had a soft heart for the cat because the stray's situation reminded the mobster of himself.

Depp loves to be in the movies. One can reprise his characters for many years to come.

Other costume ideas are:

Dress Like in 'Dead Man' The Movie Starring Johnny Depp
Johnny Depp loves fantasy fiction and one has to imagine his dressing for the roles is half the acting job. His nerdy East coast character has lots to learn in "Dead Man".

Wear Johnny Depp's Dillinger Fedora For Halloween
Help the head stay warm without the knit cap. Look fabulous with extra framing over the eyes. Anything close too this hat is a fabulous look.
Updated: 08/19/2018, paperfacets
Thank you! Would you like to post a comment now?
8

paperfacets, What character portrayed by Johnny Depp do you most enjoy dressing like for Halloween?

Halloween Costumes to Make at Home

Need a great costume for a party? Halloween costumes that you make at home ar... 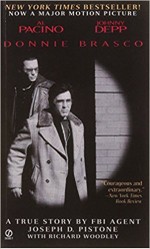 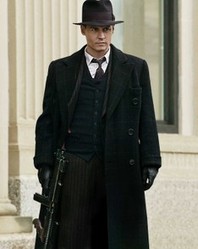 Help the head stay warm without the knit cap. Look fabulous with extra framing over the eyes. Anything close too this hat is a fabulous look.
30%  2   3 NausetViews
Make your Own Halloween Costume 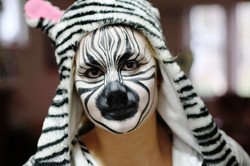 Halloween Costumes to Make at Home

Need a great costume for a party? Halloween costumes that you make at home are easy, inexpensive and lots of fun. Here are some ideas to help you pull together the perfect outfit.
Loading ...
Error!