The Edgar Broughton Band are most famous for their chant of Out Demons Out, a song they always used to perform at their concerts.

Best act at the Isle of Wight Festival
As a 16-year-old Bob Dylan fan I had hitch-hiked from Cardiff all the way to the south coast where I caught the ferry over to the Isle of Wight to see my hero at the festival there, but it was the relatively unknown Edgar Broughton Band that stole the show for me not Dylan.

I had heard Edgar Broughton on the late great John Peel's Top Gear show but seeing the band live was a totally different experience and a feast for ears and eyes of pure rock energy and showmanship. I will never forget Edgar Broughton with his big beard and big hair standing on the Isle of Wight festival stage stomping about and encouraging the thousands and thousands of people in the crowd to chant Out Demons Out and to get them doing this. This was audience participation taken to the top and made a lasting impression on my young and enquiring mind.

Thousands of people in the sea of bodies around me responded by clapping and singing the chant. It was a special moment in which I really felt like we alternative society people were doing something good to change the world.

Buy a book about the Edgar Broughton Band

In my home of South Wales I saw Edgar at the Cardiff University Students Union and can remember a group of fans outside chanting "Out Demons Out" and "We want Edgar." I was a member of the legendary Kee Club in Bridgend, a venue where such stars as Tyrannosaurus Rex had played and the club was mentioned by John Peel on his radio show. I saw the Edgar Broughton Band there too.

The music was a combination of blues and very hard rock but with a psychedelic feel and touches of Captain Beefheart. The band was made up originally of Edgar on lead vocals and electric guitar, his brother Steve Broughton on drums and Arthur Grant on bass. It was a very basic rock band but it packed a tremendous amount of power mainly focused on Edgar's ability to get the audience to listen and respond. He was an imposing figure - a real wild man of rock but with a heart of gold!

Besides Out Demons Out, which was released as a single and became the band's anthem, I remember well a song they used to perform called Psychopath. It was the tale of a psychopath going after a little girl that he tries to lure by talking about the pretty butterflies. Edgar Broughton repeats "the butterflies" over and over and then used to use some black box electronic device that brought forth horrendous feedback squeals as we visualised the psychopath making his attack.

The violent images in a song like this somehow purge out any aggression we might be holding. It was as if the Edgar Broughton Band were really exorcising the audience's inner demons with their show.

Find out more about EBB

I had the band's first album Wasa Wasa that was released on EMI's Harvest label and played it over and over. There is an an anti-war song entitled America Boy Soldier which contains the question to a young wanna-be soldier: " Do you wanna go to war, boy?" to which the young man responds "Oh, yes, please, sir..." The song continues with the lyric: "They're sending me home, shot-through to the bone, he had a red cross on his arm, all I got was napalm" with a doowop "wah-wah-wah-wah" chorus being sung as backing vocals. As topical now as it was back in the late sixties!

Edgar Broughton was and is a protest singer in the form of being the frontman of an exciting rock band. There was a message in his songs and show and that was something that stood out as far as I was concerned.

After a long and very varied career in which brother Steve also enjoyed fame and chart success with a band called City Boy for a while too, the Edgar Broughton Band are still going with the original members, Edgar, Steve and Arthur as well as the addition of Luke Broughton, who is Edgar's son.

It really is a family band, and one that has as much power and creativity now as they used to have. Edgar Broughton says the world is in the mess it is in because we didn't shout loud enough in casting out the demons and I can believe him!

Free Pop and Rock festivals were very much part of the early 1970s and some h... 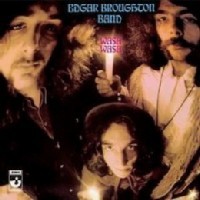 Free Pop and Rock festivals were very much part of the early 1970s and some had very notable line-ups. There were those you needed a ticket for too like the Isle of Wight festivals
32%  4   3 BardofEly
Music Stars