These Italian and French Fat Chef kitchen decor and accessories promise to transform your kitchen from basic-blah to bistro-bliss without much fuss and finesse.

Italian and French Fat Chef themes are among the most popular in fun kitchen decor. Their many expressions and poses make these cooking cuties the model for many fun~to~sophisticated kitchen decor and accessory pieces.

Undeniably, the fat chef's image betrays a kitchen full of cheer, spirits, family and fine cooking followed by copious amounts of praise for a wonderful meal.

Kitchens: the Heart of Our Homes

Getting Started With Your Bistro Fat Chef Themed Kitchen

Whether or not we have an uber-large family home of more than 2,400 s.f., we mostly live in our kitchens. Odds are, when we pass our home's threshold, we make a beeline to the kitchen and begin our 'automatic pilot' ritual; I know I do.

So, it only makes sense that our kitchens--the very essence of our home--reflect our true spirit and the way we think, embrace and prepare our food. Many of us view our kitchens as a gathering place, where family and friends meet up to celebrate our triumphs, our newest arrivals, our lives.

It's this celebration of life we want reflected in our kitchen's decor. Many of us balance fun and food, doling it out in equal measure.

Indeed, the fat chef kitchen decor, so eloquently put by my wee-est family members has been a part of several kitchens throughout my growing up years. While we love all those cute decorations for our kitchen, starting with necessities is a great way to meld form and function while introducing out fat chef theme.

Much like the fat chef kitchen mat above, these cute potholders are ideal for supporting your theme while keeping safe in your kitchen. I'm a big supporter of staying safe while cooking, as we often get distracted with fun and laughter--and kids milling about under our feet.

Anyone with any degree of experience in the kitchen knows how many oven mitts they'll need at the ready, lest you pick up a hand towel in your haste to get a boiling pot under control [enter your own scary visual, here].

Aren't these adorable fat chef chalkboards irresistible? I sure think so.

Fat Chef menu boards are a great way for the family to express themselves--be it for fun or purpose in planning the night's meal and jotting it down on these fat chef menu boards.

Menu chalkboards are an impressive touch when company comes for dinner. I like the idea of announcing to guests what's for dinner in a novel way and they're sure to get a lively conversation started.

Perfect for that awkward first few minutes, especially if you don't know your new friends well.

Both of these adorable fat chef menu chalkboards serve better as a decoration than they do a themed kitchen accessory. In fun, you're sure to find a way to garner a laugh or three.

Introduce Your Kitchen's 'Voice' Be It Sophisticated or Fun

With a variety of fat chefs to choose from, you're sure to find your perfect 'man' for the job!

Create a fun or sophisticated look in your kitchen depending on your style preference: will it be the playful guy, or the sophisticate?

Consider using more than one canister set if you have open shelving and a lot of staple items.

Too, think outside the box and corral those elusive smaller gadgets if drawer space is limited.

For greatest visual impact I recommend using lighter hued fat chef canisters on dark counter tops and vice versa, where they'll stand out in contrast. I love the traditional white and checkered chef styles ~ too cute!

A chef's jacket is often reversible so he/she may hide any stains resulting from food preparation.

Nothing is so irritating than having a dripping wet something or other across the room from your paper towels. Trust me, runny eggs are NOT easy to sop up once they hit the floor.

add warmth to your themed kitchen

Add a cafe look to your Italian inspired kitchen with even more of these oh~so~cute kitchen curtains with the popular fat chef design you're after.

I suggest taking from a color in the curtain and painting your walls in a slightly darker (or lighter) shade of that color. Doing so will give your space that pulled together look you're after.

The white curtains below don't show well, as the white wall color is way off. Instead, the walls should be a warmer color taken from the valance.

The color choice failed in this instance because the curtains "washed" right into the wall and got lost in space.

I've never had occasion to find the word, "cheap" to be a taboo term when referring to home decor.

There is one instance where "cheap" is best left obliterated and that's gift-giving time.

Even with that notion, I wouldn't be shy about presenting these cheap fat chef curtains and other window treatments; they're a great value for the money. After all, it's not the curtain's fault.

Entertaining in Your Kitchen: Let Your Fat Chef Do the 'Talking'

Having entertained people I didn't know very well, I was always sure to have something sitting around that might garner a compliment from one of my guests. I know, it sounds so cliche to have a "conversation starter" but it sure does help curtail those awkward silent moments.

After the wine flows, things get a lot easier with everyone being more relaxed. You might also consider using this fat chef wine holder that include a wine glass as a vessel for a potted plant like ivy or use a large wine goblet and get really "off topic" by putting a beta fish or other small non~social fish in the glass.

A "sous chef" is an assistant to the chef. A "pantry chef" prepares uncooked food, like salads.

I love the rich burgundy hues of this fun fat chef clock. It will warm up your kitchen while adding function to your space.

I recommend hanging this piece above a door frame or for that awkward space between wall and cabinet. Another way you might want to display your clock is to prop it on an easel that you can buy at any big box craft store for very reasonable cost.

From Clueless to Culinary: My Story

Working in a kitchen has always been a pleasure for me ever since I landed a job in a restaurant. I was a teenager then and my prior experience with cooking extended only to the occasional grilled cheese sandwich. But I found myself in desperate need of a job. Any job.

So, I took a job busing tables for a new restaurant. It was grueling work that lasted well into the night, as the bar area was just getting into full swing at nine.

I kept at it though, as the steady paycheck was a privilege during the recession.

I watched as cooks came and went, each, it seemed, mumbled some inaudible expletive on their way out the swinging door.

One Friday night there wasn't a cook to be had and the restaurant was set to open in an hour.

"Make salad dressings and pan gravy?" the wait staff was panicked as the enormity of the problem set in. The restaurant's owner was gong through a divorce and couldn't be located in his time of sorrow.

"Really?" Trina looked at me incredulously.

"It's not rocket science." I assured her and grabbed a clean apron, washed my hands and assumed my position.

I't's not rocket science became my mantra and I mixed and stirred and shouted like the best of them.

And I was hooked.

My efforts came to the attention of the owner and I was rewarded with a new position (literally overnight) and title: Kitchen Manager.

I was confident; for once my ignorance precluded me from being afraid of such a responsibility. That is until the chili ran out and there was no recipe~anywhere. Mind you, these were pre~internet times where a Tex~Mex recipe inquiry necessitated a trip to the library.

Anything was better than what Sharon had made, which can best be described as home style spaghetti with chili powder; it was that bad and hardly ever requested.

I don't know how I concocted this chili ~ supposedly borne of the southwest but the owner was impressed and promptly added it to the menu in cup and bowl sizes, where before it was only a burger condiment.

She came and went before I could catch a glimpse of her. I didn't even know what she'd ordered (really).

It soon became evident what this mysterious diner had feasted on as I read the article:

". . . quaint restaurant . . . mis~matched chairs . . . converted depot . . .and the chili is amazing with it's unmistakable southwestern flavor."

Which is your favorite fat chef kitchen decor? 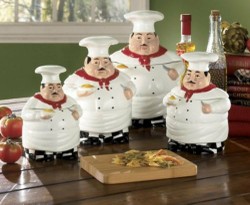 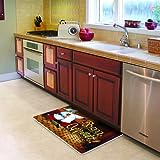 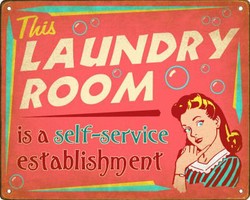 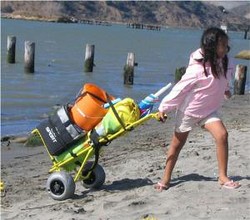 These budget-wise beach carts with big, balloon wheels and big-wheeled wagons made specifically for beach sand can save you from making multiple trips with all your gear.
Loading ...
Error!