We've all heard about fingerprints and their use in criminal investigations but how have they come to be used so widely?

Fingerprints have been used as a means of identification since the mid nineteenth century. Used in India as a way of ensuring that businessmen didn’t renege on their contracts, they turned out to be an effective way of identifying people. So effective that they have been used in criminal investigation since the end of the nineteenth century. The chance that any two people will have the same set of fingerprints is something like one in sixty four billion - even identical twins don’t have the same fingerprints!

10 things you didn't know about fingerprints 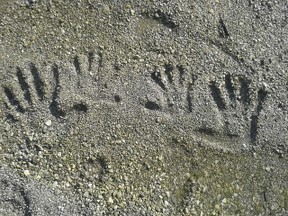 1.  As far back as the Qin Dynasty in China (200 odd years BC), handprints were used ad evidence during burglary investigations.

2.  Dr Nehemiah Grew was the first European to publish a paper on friction ridge skin observations in 1684.

3.  Professor of anatomy at the University of Bologna, Marcello Malpighi, commented on "ridges, spirals and loops," in a paper he wrote in 1686.
4.  In 1858 in Jungipoor, India, Chief Magistrate of the Hooghly District, Sir James Herschel, used Palm prints on contracts made with local businessmen.

5.  As time went by, Sir James Herschel realised that the prints could be used to prove someone's identity.  Or, equally, disprove it.

6.  In 1863, French Professor Paul-Jean Coulier from Paris wrote a paper explaining that latent fingerprints can be developed by iodine fuming.  He also explained how to fix these prints once he'd developed them.

7.  Dr Henry Faulds, a British surgeon based in Tokyo, noticed finger marks on ancient pieces of pottery and as a consequence, started to study what he called skin furrows.  He not only realised the importance of "dabs" as a way if identifying people, he came up with a classification system too.

8.  Faulds also published an article in the scientific journal, Nature.  This article  talked about fingerprints as a means of personal identification, and how ink could be used as the means of obtaining fingerprints.

9.  In 1883, Mark Twain wrote, "Life of the Mississippi" in which the murderer was identified by use of fingerprint evidence.

10.  Juan Vucetich, an Argentinean police official, made the first criminal identification of Francisca Rojas in 1892. 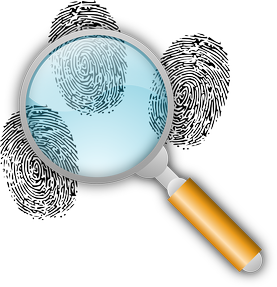 By 1897, two Indian fingerprint experts, Azizul Haque and Hem Chandra Bose developed the Henry System of fingerprint classification.  This system continued to be used until records were computerised.  Then after an enquiry into their use, The Fingerprint Branch of the Metropolitan Police in London was established in July 1901.

In 1903, in New York, it became practice for criminals' fingerprints to be taken. Gradually, this practice started to spread across the US, not just for criminal identification but also for service personnel and those employed in law enforcement.  (It is still common practice for UK police officers to have their fingerprints taken on joining the police service, so that they are readily available for elimination purposes at crime scenes.  Although crime scene management is more sophisticated nowadays, prints can be left through latex gloves, so elimination is important.)

Nowadays, collecting fingerprint evidence is a common part of crime investigation.  Prints are classified into one of three types: Latent, Patent or Impressed.

Latent prints are those that are not visible to the naked eye.  They can be made visible by chemical treatment.

Patent prints are clearly visible to the naked eye, usually because the owner of them has put their fingers in something like blood or some other substance.

Impressed prints (where an impression has been made) are those where the fingers have been pressed into some sort of soft material.  Sometimes, a cast can be made of these.

Even partial prints can be used as reliable evidence, and nowadays, computers do the work that the fingerprint officers used to do - comparing different sets of prints to find a match, which increases the accuracy even more.

In our previous post we have already discussed about the SSC CGL 2017 Notification and In this post we will discuss about the Just
<a href="http://ssccgl2017result.in">ssc cgl 2017 online application</a>

Neither the FBI nor the Untouchables could make a murder conviction stick to ...

Russian economist Alexandra Kalinina, says that corruption in her country is “not a problem, but a business”
40%  4   4 janisleofwight
True Crime

How John Waller, highwayman and perjurer spent the last hour of his life.
40%  4   4 Maritravel
True Crime

Neither the FBI nor the Untouchables could make a murder conviction stick to the notorious Alphonse Capone, eventually jailed for avoiding taxes. Chicago would like to forget him.
Loading ...
Error!