Five books of interesting people. Some you may of heard of, some not. All these biographies were interesting and certainly satisfied all my urges to always read something new.

Of late, I have read biographies about people of the U.S. that others may not have heard of. My enthusiasm is real for these people, but I am also shouting out for the authors too. I have put aside many books, fiction and nonfiction, if the first few chapters do not meet my criteria of flow. Every word and choice of sentence structure needs to flow through some arcane pattern in my head. Just the right group of synopses need to fire.

The first two short reviews are of people who once were truly POI: Persons of Interest.

My list of 5 Interesting books and people, I hope, will be of help for your choices at the bookstore. I rated each on a 1 to 5. 5 being top.

Want to live like the woman rebel? Skilled with guns and horses and getting what you want by making the deal?

Belle Starr was news and a legend while she was living, but not like Annie Oakley, more like the neighbor you do not want to have living in your neighborhood. She did spend time in jail, for stealing a horse, but there is no proof that she used her guns in a criminal manner.

The author used official government, county and state documents to get the facts and displace the rumors. She died in 1889 by shotgun.

The book American Brutus:John Wilkes Booth and the Lincoln Conspiracies is very intriguing. The author's presentation has a well rounded outline with intro to all the principals.The following chapters carrying you through the actions those individuals played in an event that changed the progression of American history.

Each of the persons playing a role, I actually became to know, as if the writing was about them alone. The author's skill in rounding out the individual's personalities and personal backgrounds made the actual events easier to understand.

It became my conclusion that one man's obsession drove the plan, and was his alone. I feel I understand the Lincoln assassination better but questions remain for me. Where is the line between the conspirator and the hapless? Another line is civil court and military court, and last how can history be so sad?

This book is based on Mr. McCullough's research of John Adams letters and papers. The 2nd President left a whole library of information behind. His mind and 18th century attitudes are an open book. I came away from this book knowing what transparency means.

No secrets from this politician.  I think he thought of himself as a worker for the task at hand.

I would say Adams was a nonconformist, a voice for the paradox as it may relate to truth. He very much thought for the principles of law and in common decency without ambition. His writings are filled with analysis of groups and people, but never with in attitude of final judgement. As far a his material world, he was very proud of being a farmer, and that he and his descendants never being in bankruptcy.

I was experiencing gut level excitement while I read this book. McCullough is a very skillful writer. Nonetheless, I did not finish his Theodore Roosevelt, but I would read John Adams again. Mr. McCullough shows high skills in this book.

An entire flight from Hawaii to Los Angeles was spent reading about the Comanches and their last great Chief Quanah Parker. The book is "Empire of the Summer Moon" by S.C Gwynne.

If you grew up in Texas you already know about this man. His mother is a subject of study in Texas elementary schools.

Details are rich and mesmerizing. After reading this book my husband bought two more books about Parker.

James Cain is the author of books I like to read. I found a compilation of his editorials, and since, I am a fan of the witty editorial, I bought this bio.

I found out the author of Mildred Pierce spent over 7 years writing editorials, to the count of over 1300, before he even got the nerve to write a novel.

"...this stuff about New Year's resolutions may be all hooey, but one thing is certain, and that is he's (the writer) not saving enough money. God knows he's making plenty. Not as much as last year, but still plenty. Fact of the matter, if anybody had told him ten years ago that he'd be making as much as he's making now, he'd have thought they were kidding him. And where is it? It isn't anywhere. It isn't anywhere. Well, cut out the fancy talk and say what you mean. It ain't nowhere. That's where it is, it ain't nowhere."

Besides all the witty editorials Mr. Hoopes gives enduring facts about my favorite author.

In my estimation Mr. Cain could hardly do wrong and I was very much intrigued with this biography, One fact stands out at this moment, He invited other persons of interest in Los Angeles to his home on Saturday night for singing and spaghetti.

Have You Read One of the Bios Above?

paperfacets, Why did you not finish the biography of President Theodore Roosevelt? Why is Chief Quanah Parker's mother studied in Texas elementary schools? 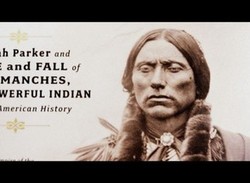 Belle Starr and Her Times: The Literature, the Facts, and the ...
88%  15   7 cmoneyspinner
Biographies and Memoirs

A brief bio-snapshot of John Ronald Reuel Tolkien. (1892 - 1973), the architect of Middle Earth, and gift ideas for the Tolkien enthusiast, like Hobbit Scrabble.
56%  12   3 BardofEly
Biographies and Memoirs

Singer-songwriter, author and poet Anthony Reynolds has written a biography of Leonard Cohen. This book on the life of the Canadian legend is published by Omnibus.
Loading ...
Error!