Gareth Icke is the son of David Icke but don't expect conspiracy theories and reptilian aliens because Gareth is a rock star and singer-songwriter.

The Songs of Gareth Icke
Singer-songwriter Gareth Icke is the son of world famous conspiracy theory author and researcher David Icke but if you are expecting songs about reptilians or the Illuminati and their secret plans then you will be very disappointed with Gareth's lyrics.
Gareth writes about love and about feelings, about personal stuff, about life, but no signs of his father's influence in his work. Gareth Icke is striking out in his own way, telling it how he sees it with his poetic lyrics and pop-rock songs.
Gareth Icke fronted an earlier rock band called Kody when he first started his musical career and the group and their songs played a lot of gigs and got a lot of encouraging critical acclaim for their debut single Cigarettes and Violins. I remember they were featured in Kerrang magazine. But the band went as far as they could and in the end Gareth decided to go back to his roots. He went back to a simpler acoustic singer-songwriter approach.

Image from a postcard Gareth Icke sent me

It Gets Worse At Night

Although once again he has a band of musicians to back him on recordings and when playing live, the focus is now very much Gareth Icke, singer and songwriter.

Gareth had a solo album released on Icon Records in 2009 entitled It Gets Worse At Night. The song that to my mind really stands out as hit material is the opening track: It Feels Like A Race. As time whizzes by in our so competitive world indeed it so often does - these are feelings we can all identify with. I know my life often feels like it is going too fast and, like in a race, I am hoping to win!

It Feels Like A Race is catchy with a driving beat and sticks in your memory whilst making you want to play it over and over again. It is very British and has that Indie feel to it so I suppose if you need a genre to label it with you could say it is Britpop or Indie Pop. Whatever genre it might be though, one thing is for certain and that is that It Feels Like A Race has all the ingredients of a hit song, and as an introduction to the album it sold it to me. It also has a very good video to help it along.

Gareth Icke and his band

The album has a very live sound to its ten songs, of which another pick of mine would be the impassioned No One Will Ever Get Close Enough. As a collection of songs it demonstrates very well what a talented singer-songwriter and performer Gareth is.

It Feels Like A Race was released as a single from the album and was very deservedly been given some airplay on BBC Radio 2 DJ Steve Wright's show. The song found itself in the very real race to see if it could beat all its other rivals in its bid for the charts.

Find out more about Gareth Icke 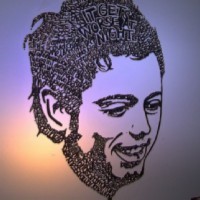 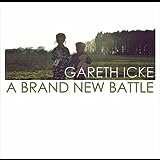