Your game-loving friends just spawned a noob. Check out these clothes for dressing up the off-spring of gamers.

Level up! There's a new pure in the hi-scores!

At least there will be if this baby's gamer parents have anything to do with it.

When you heard they were about to respawn, you were justified in thinking that their avatar had just died. But no, there's a real-life infant bringing a whole new meaning to the phrase Game Boy (or girl, obviously).

There's probably a few jokes in there too about XBox, but this is now a family show.

So what are you going to buy for it? Peruse this array of clothing created especially for a gamer baby or, at least, the child of gaming parents for ideas. Enjoy!

What could be more perfect than letting your new baby know its place? It's what you'd call everyone else just starting out!

Every gamer will get this joke, regardless of platform, media or game. It's downright universal. For the initiated, you're all noobs. Simple as that. Now that fact is established, let me explain what it means.

In gaming parlance, noob is short for 'newcomer'.

It indicates that an individual has only just made their player account or loaded up the game. They have no idea what they're doing, hence mistakes will happen as they explore this new world. These errors in judgement could well happen under the bemused 'guidance' of veteran players, i.e. the very same people who will be addressing them as noobs.

There are also variations on a theme here. Those entering the game for the first time could just as easily be referred to as newbs, newbies, nooblets, nubs, narbs and every conceivable misspelling of the same.

Newb Shirts and Crawlers for Infants

The whole point of playing a video game (or, indeed, a computer game) is to level up. You begin at level one, then do whatever it takes to make it to the end.

Along the way there will be dragons to vanquish; people to rescue; floating brick walls to head-butt (actually, little known fact Mario does really lift a tiny, little pixel hand to smash the bricks. True story! Play it again and pay closer attention this time. He does head-butt the coins though); quests to complete; skills to grind; castles to raid; and cities to take.

Finally you achieve all of the levels and it's game over.

But our baby isn't even close to that yet. He or she is merely a level one noob. (Or lvl 1, as most games render it.)

Or maybe you're one of those nice gamers. You subscribe to the idea that just because you're new to the game, no-one should be name-calling in your ignorance.

The last shirt is for you. Well, mostly it's for the baby that you're dressing up. It loses the 'noob' and just states the main fact: Baby is level one.

One baby girl really wants to play on the XBox; while 22 month old Jesse is spending potty time playing his DS.

Maybe the 'noob' and level 1 humor for your gamer baby is too obvious. Besides, you have more faith in his or her future abilities.

That's when it's time to bring out the 'born 2 pwn noobs' t-shirt! The slogan is written in the gaming language of Leet (1337).

Roughly translated into English, that would be, 'I was born to defeat/win over/be better than newcomers'. Though 'noobs' is often a name leveled at experienced players too. It intimates that their skills are so low, they might as well be newbies.

This is the highest roll of the die, in the game Dungeons and Dragons.

Baby's gamer parents are really quite pleased to see him/her. You can tell by reading what's written on the onesie (UK baby grow).

The twenty sided die controls the direction of the Dungeons and Dragons role-play. Throwing a one is pretty dismal; throwing a ten places you on neutral territory.

But throw a natural twenty and you have the best possible advantage ever.

This baby is declared to be the highest score in the game by whoever bought that crawler outfit.

In my personal opinion, that's going to have to be a whole lot of fun!

Of course, some proud gaming parents prefer their role-playing games to be on-line. As they move their avatars around virtual worlds, nearly everyone they meet will be controlled by a real life person.

Massively Multi-player On-line Role-Playing Game results in the acronym MMORPG. This is an infant t-shirt for the off-spring of gamers who play Runescape, World of Warcraft, Everquest2, Guild Wars and the like.

More fun than all that? Wow! Baby must be really special!

A 2 year old unlocks levels on SuperMario Bros. The Wii Sports Tennis is more to the liking of this 22 month old toddler.

What better daily routine can there be than eat, sleep, game?  Sustenance and fun!

Your infant might be more interested in building blocks and teddy bears, but the XBox is waiting in the corner.  One day your fledgling geek gamer will be glad that their baby pictures depicted that early intent!

You could also make this a family affair.  T-shirts exist for Dad and Mum to also declare that they exist to eat, sleep and game.

I, for one, am right there with them!

I hope you found something wonderful amongst the baby of gamers clothes on offer. Happy shopping!

And congratulations, from all at Wizzley, on the birth of your noob.

Also Check Out These Gift Ideas for Babies

Gift Ideas for a Runescape Baby
Do you know fans of the MMORPG Runescape who have just had a baby? Check out some related clothes for this future gamer.

Gift Ideas for a Math Nerd Baby
These parents know their Pi from their Pythagoras, and now they've just multiplied by one. Check out these clothes for their baby!

Gift Ideas for a Geek Baby
Your computer savvy friends just pressed Ctrl + C IRL! Check out what you can add to the baby shower.

Baby's First Christmas Tree Decorations for 2014
Have you had your own, personal Nativity in the months leading up to Christmas? There are ornaments for your tree, which mark the advent of your family's new addition.
Updated: 01/08/2015, JoHarrington
Thank you! Would you like to post a comment now?
9

Me too! I cute attacked madly over them!

I thought so too. We're all busily trying to persuade each other to have babies here. It's caused quite a conversation piece on Facebook. LOL

Oh My Gosh, these are too cute, love em, I happen to know a lot of gamers. Cool idea :)

I'm currently in three conversations (four now, in answering your comment!) about this Wizzle. In Skype we're all trying to persuade a female gamer to have a baby, just so we can get the 'born 2 pwn noob' shirt.

That conversation has spilled onto Facebook, where the Runefest clan have moved onto telling ME to have said baby.

Meanwhile, conversations re this and 1337 have started on Sal's Realm of Runescape. Much hilarity ensued on all counts.

I'm with you on getting kids gaming, within limits. Thanks!

Haha, these are funny things. :)
It seems today's children learn to play games faster than to walk or talk. :) I wrote an article about one game, and I mentioned the good influence some games have on child's mind. So I am all pro these gifts and motivating children to play, and train the brain. With some limits set up, of course.
Greats gift ideas for gamer baby, Jo!

Do you know fans of the MMORPG Runescape who have just had a baby? Check out ...

Cuddly Clocks to Calm a Toddler at Bedtime

Your little one loses all uncertainty about when it's time to get up; and the... 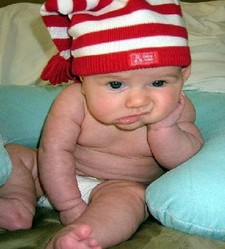 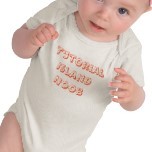 Do you know fans of the MMORPG Runescape who have just had a baby? Check out some related clothes for this future gamer.
93%  14   8 JoHarrington
Christmas Gifts for Babies 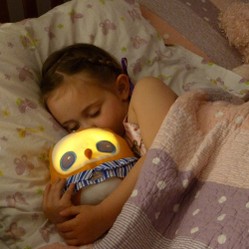 Cuddly Clocks to Calm a Toddler at Bedtime

Your little one loses all uncertainty about when it's time to get up; and their exhausted parents gain precious hours to catch up on their sleep. Everyone's a winner!
Loading ...
Error!