Gift suggestions for the people on your list who practice Yoga as an exercise in physical and mental well being.

Do you have a Yoga lover on your gift list? Do they go to Yoga class regularly or perhaps practice in their home? Perhaps you, yourself, do not practice it and are lost as to what types of gifts might be appreciated by someone who does.

Not to worry, I can suggest some items that a Yoga lover will be most appreciative in receiving. Most of the items will work whether the person on your list goes to classes for Yoga or engages in the exercises in the comfort of their own home space.

Symbol of Ohm Or Aum

means The Word or The Eternal

Typically the Yoga classes that are attended are following Hatha Yoga and people who are long term practitioners of the exercises report improvement in muscular and skeletal conditions. Mental health problems have also been reported as having improved by using Yoga techniques. Since part of the exercises involve breathing and meditation it is believed that it can assist in lowering blood pressure levels which helps in heart disease problems by reducing risk factors.

There are some studies looking into whether it can effectively help cancer patients, also. It is believed that it can help with pain, depression, fatigue and lessen anxiety levels in the patients.

Yoga is certainly not going to harm you and it may just help you in ways that you had not imagined. That being said, if you have some medical conditions that you see a doctor regularly for, you should consult with your physician before starting any exercise regime and that includes Yoga.

Pants For Exercising Would Be Much Appreciated

Imagine it: a yoga bag that doesn't wrinkle your cloths, fits around your yoga mat and also carries your accessories and even a water bottle.

It exists, and it's even better than I suggested, as it folds out as a cloths bag when it doesn't roll around your yoga mat, it has a shoulder strap (not shown) and is altogether cool.

So, what is it? It's the Hotdog (shaped) Yoga Rollpack by Skooba Design.

A Statue Of A Pose Of Inner Peace

to place in their home

A Gift Basket For A Yoga Lover

especially for the beginner

A little about Yoga

In the Western World, yoga has become a system of physical exercise for better health. Many cities and towns offer Yoga classes for people to take part in. The classes can be for beginners, intermediate or more advanced.

Yoga has a long history as more than just an exercise in the world, though. It's origin dates back to ancient India. There are some seals that were found at sites of the Indus Valley civilizations that appear to have figures of people in different Yoga positions. These date back to about 3,000 years BC. Showing that at least some form of a discipline in Yoga, whether it was called that then or not, had begun.

True Yoga is a form of physical, mental and spiritual practices that are a part of Hinduism, Buddhism, Jainism and Sikhism. There is a goal to these disciplines and depending on which tradition you follow that goal may differ slightly. To put it in a novice term, a connection to one's inner self through meditation is trying to be achieved or a connection to a spiritual level that we are not aware of during full consciousness.

Yoga sutras concentrate on controlling the mind while Hatha yoga deals with the health of the body  and its purity.

Are there types of Yoga?

Most people think of the traditional practices of Yoga that may or may not include meditation. The Bhagavad Gita gives us some prominent types of Yoga:

You may wonder where yoga exercise is mentioned... Well, it's not. It's called 'Hatha Yoga'.

For those who want to start out with your exercise program, here's 4 workout DVDs to really get them going. The advantage of a series of DVDs is the variety it gives to the practice right from the start. Also - one teacher may be a better fit for you or your loved one than another.

I love doing yoga at home to a DVD. No worries about my outfit, or whether I'm on time, or whether the teacher will force me into positions I'm not ready for. Just me and my mat.

A Book And DVD Makes A Wonderful Gift

Holiday Gift Guide for Yoga Lovers: him or her!

For your faithful yogi, or someone who wants to start, here are some great yoga gifts. From apparel, yoga equipment, books and other gear to unique interior design ideas and OM Jewelry to a gift basket. If you don't find a great gift on this page, please tell me what you think ought to be included but isn't.

From meditation cushions, mats, gear, statues and figurines to posters, a key chain and skidless socks.

What Is Yoga Anatomy?

Leslie Kaminoff and Amy Matthews are Yoga instructors known for their simplicity and emphasis on concepts and principles that lead one to appreciate the human body. You'll be better at yoga if you learn about yoga anatomy.

Yoga Anatomy brings out the most interesting and related elements of anatomy and applies it directly to the practice of yoga while keeping it simple and understandable.

Take your yoga practice and understanding of anatomy to a new level. You'll certainly learn a lot and enhance your experience of Yoga.

The best gift for the yogi who has everything

Beautiful present for any yogi, especially women though I think

These beautiful, elegant and surprisingly affordable statues look good in any home decor theme. Black never clashes, after all.

While the only requirement in yoga wear is that it's comfortable, an aum-shirt does set the tone. As you can see, tank-tops are all the rage right now. If only that didn't mean shaving...

Cool Christmas Gifts 2022
Suggestions for cool Christmas gifts instead of the boring and mundane to give to the people on your list this year.

Most Wanted Presents Christmas 2022
Gift suggestions of the most wanted presents by women, men and children.
Updated: 03/26/2016, spirituality
Thank you! Would you like to post a comment now?
3

The statue looks like a great idea - I have a friend who is a yoga teacher and never thought about getting herself something related to her love of yoga until reading this. Thanks for the idea.

I love Yoga. I recently saw cousins I haven't seen for over 15 years. They are all younger than I am. They wanted to know how I look so good, so young and begged me for my secret. After little thought Yoga was high on the list of things I do to maintain a healthful and youthful appearance, body and state of mind. :)K

The Great Yoga Wall, for your home yoga studio

If you want to do inversion therapy at home, or start your own yoga studio in... 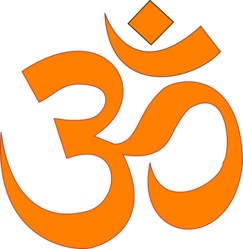 The Great Yoga Wall, for your home yoga studio

If you want to do inversion therapy at home, or start your own yoga studio in your garage, the Great Yoga Wall is an affordable and safe option.
100%  10   10 kajohu
Yoga