Halloween Costumes for Toddlers You Simply Must See

Halloween costumes for toddlers should be cute, and not scary.

Halloween Costumes for the Toddlers You Simply Must See

Some families walk along as a group on Halloween, and the children trick or treat while the adults keep watch. If there is a very young baby the child often must be brought along. Babies are too young to eat candy, so they need not have a trick or treat loot bag, but can be pushed along in a stroller as the older children gather goodies. The problem here is what should the baby wear? There are several things that need to be considered.

Here are some incredibly cute costumes.

A Comfortable Halloween Costume for Toddlers

Halloween costumes should be matched to the weather.  Yes, buying ahead of time can make this a bit tricky, but what are the options.  In some areas Halloween is a cold holiday, and the fact that trick or treating is a night time activity makes it even colder than it would be in the sunlight.  In other places warm weather is a year round occurrence.  And in some areas it could be either hot or cold, or somewhere in between.  Such areas are the most difficult to prepare a costume for Halloween.

It is easier to add layers of clothing to a light costume than to try to figure out a way to make that heavy costume work in warm weather.  The real problem is that the layers should be beneath the Halloween costume, so either use a costume that can be removed and added back easily or make a real effort to adjust the beneath the costume clothing before starting out.

Make Certain a Baby Costume Is Accepted by the Baby

Check ahead of Time

A baby crying all night can dampen the spirit.  Remember the costume is new to the baby, and it is likely that a baby will likely feel different than when clothing.  Will the baby panic when the costume is worn?  It is well worth the effort to test the costume before Halloween.  In fact, if you can you should try it on at the store.  If this is not possible try it on as soon as possible in case it has to be returned.  It you are going to exchange the costume do it before the best choices for a costume are taken.

Baby Is Part of a Group

Will there be a costume theme for your family?  The baby is part of the family, so make the child match if it is practical.  It looks strange for a group to wear costumes of super heroes and one member wear a costume of Donald Duck.  Of course, if there is no theme the baby can wear any of a multitude of different costumes.

Scary May Be too Intense

There are many scary costumes one will encounter on Halloween.  A young child can easily experience a frightful time.  If a child cries at the sight of a decoration or a costumed person, walking away is an option.  But, a baby cannot be removed from its own presence.  Avoid  child self scaring by not putting a scary Halloween costume on a baby.

What Halloween Costumes Work for Babies?

From a Not Scary Point of View

One possibility is a cute Halloween costume.  Baby animals are cute, and animal costumes work real well for small children.  The problem is that animal costumes are often heavy, and as such may be too hot in certain areas.  Other popular characters are also available.  There are great baby doll, baby businessman, and baby disc jockey costumes

Will the Head Remained Covered?

Or, Will Baby Remove the Head Covering?

Many animal costumes tend to look similar, a furry covering and a tail, and may be impossible to tell which animal it represents without the ears.  The ears are part of a head covering.  So, will the baby leave the ears on and not destroy them by pulling or chewing?  Ask yourself this simple question, if the ears must go will the costume look like what it is supposed to look like and in an unambiguous manner?  It is a real possibility the ear will not make it through the entire trick or treat outing.

The disc Jockey costume comes with fake headphones.  Will the headphones be tolerated by the child?  If not, does what is left really say disc jockey?

Most of the baby costumes come with head gear.  The real question is will the costume work if it must be altered by having the head gear removed?  If not, the baby could wear regular clothing.  If a parent pays for a child to be a certain character, and that character is unclear to those who have not seen the entire costume in the first five minutes of wearing, perhaps the money for the costume was not money wisely spent.

Predicting the reaction of a baby to a costume, or to any part of the costume, is a difficult task.  Finding out there is a problem on Halloween night while the other children are ready to go out for a night of trick or treating is too late.  So, give some thought to what can go wrong prior to Halloween night.  Then, prepare in advance.  And if it rains there probably will be no trick or treating, so have an alternative place ready just in case.

When the child gets older this will probably not be part of the child’s memory.  And the baby costume will fit for but one Halloween night.  So, take pictures.  It will be impossible to describe what the costume looked like otherwise.  And, for your friends and family there must be.

Other Halloween Articles b the Same Author

Halloween Costumes and Masks for Adults
Halloween costumes are fun, and can add to the party atmosphere. This article looks at different Halloween costume uses for adults, while you remain comfortable.

Halloween Party for Children
A Halloween party for smaller children should be fun, not scary. It is a fun time to be enjoyed.

Special Touches for Halloween Party Enhancements
Halloween parties can be fun, and if you are throwing one you certainly will want your guests to be impressed. This will make your next party the one to attend.

This article contains links to affiliate programs and Adsense advertising.  These must use cookies to allow for proper crediting. As an Amazon Associate I earn from qualifying purchases..

There were so many it was hard to limit what is here.

We have the lion costume and it is so nice!

There are some spooky treats out there for your infant this Halloween - from ...

The blood-suckling world of twilight monsters never looked so adorable. Your ... 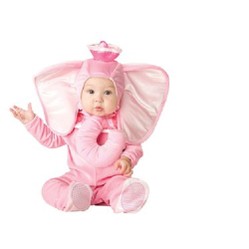 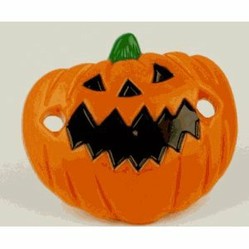 There are some spooky treats out there for your infant this Halloween - from horrifically cute clothing to fun, festive toys. Check this lot out for your little one.
97%  8   20 JoHarrington
Halloween Costumes for Babies 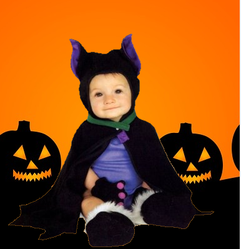 The blood-suckling world of twilight monsters never looked so adorable. Your infant vampire will look the part this season.
Loading ...
Error!