Will You Be Serving Cupcakes For Halloween?

This very stylish Halloween cupcake stand is in the traditional orange and black colors synomonous with Halloween.   The black and orange stripes on the vertical part of the stand actually makes me think of a witches tights!

The positive side of these Halloween cupcake stands are that they look festive and brighten up any Halloween table.   However, you should be aware that on the negative side they are made of cardboard - clear instructions are included so that you can construct them easily.

Although made of cardboard these Wilton Halloween cupcake stands can be wiped down and re-used a few times.

Both of the featured cupcake stands will hold 24 cupcakes so all you've got to decide is whether pumpkins or skulls will look better on your Halloween tableau.

I have also seen an awesome Haunted House cupcake stand by Wilton which is my preference, but unfortunately I was unable to find one through Amazon at the time of writing.

Now not all Halloween cupcake stands or cupcake trees have to contain black cats, haunted houses, pumpkins or skulls you could go for a totally different look altogether which brings us to our next selection of Halloween cake stands.

The Dark Side of Halloween Cupcake Decor!

Another option when it comes to displaying your Halloween cupcakes is by using a black, gothic inspired cupcake stand.   The great thing about these cake stands is that they can be re-used throughout the year, in fact my daughter would love it if I served cupcakes in the first Gothic cupcake tree I've selected.

This cake stand set is definitely inspired by Victoriana chandeliers and is the type of cake stands I'd expect to see at any Vampire inspired party - not that vampires eat cake, but the hospitable ones make sure that there are sweet nibbles on offer for their guests!

Opposite is yet another Gothic style cupcake tree that certainly wouldn't look out of place filled with Halloween cupcakes.   Personally I don't think it's quite as good as the one above, but it would definitely be easier to change it's use throughout the year as it could be topped with red and pink iced cupcakes for Valentine's Day and make quite an impact.

Made of iron, polyresin and beads this cupcake tower holds 12 cupcakes the same as the Gothic one above does.   Both of these stands are sturdy and should last for years.

The glossy ceramic black stand with the silver accents really makes a statement piece that will look fantastic in the middle of a table full of Halloween treats.   It's 13.5" tall and would be good for a Goth birthday party as well as a Halloween party.

These will show off your Halloween Cupcake Stands beautifully....

Halloween Cupcakes
Are you going to serve a Halloween cupcake or two this year? There are some great ways of making and/or decorating your Halloween cupcakes which I’ve tried to pull together here
Updated: 08/20/2012, lou16
Thank you! Would you like to post a comment now?
8

Which Halloween Cupcake Stand is Your Favorite?

Cupcakes are a great idea for any holiday and spooky stands make them even better!

Really lovely choices. I can so see them piled high with cupcakes.

Oh, man! I love them all! I really need a totally awesome cupcake stand for our Halloween party too! Now, I can just imagine my dining room table set with 2 of those black twelve arm holders, one on each side! Oh, don't you know my son's friends would think that was the best yet, especially with my spider cupcakes :)
(No, you haven't seen them, yet :)

I agree with Christene on the favorite cupcake tower.

This Halloween, light up your garden with glowing pumpkins. Spooky, cute and ...

If you love to draw pumpkin clip art is for you. And if you are an artist, yo... 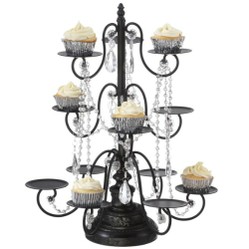 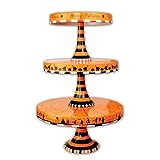 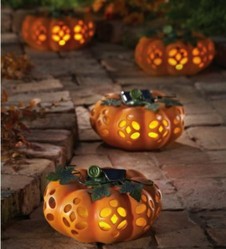 This Halloween, light up your garden with glowing pumpkins. Spooky, cute and eco-friendly, all at the same time!
100%  10   11 WriterArtist
Halloween Decorations 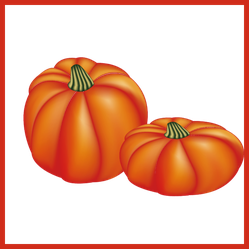 If you love to draw pumpkin clip art is for you. And if you are an artist, you would love to paint pumpkin pictures and hang them on the wall.
Loading ...
Error!