How not to Judge Others

Every day people are judged based on their gender, race, occupation, education and other criteria and in this article we are going to learn how not to judge others.

How not to Judge Others - The Truth about Judging Others 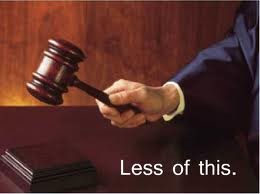 We live in a society today that subscribes to the theory that we only get one chance to make a first impression and to judge someone is something we all do both consciously and sub consciously.   What If I told you that by judging people we are not only hurting the person being judged but we also also doing a great disservice to ourselves.   In this article we are going to discuss why its important to learn how not to judge people.

Everyday people are judged based on attributes such as appearance, race, sex, financial status, background and even religious beliefs.   Most people do not realize they are judging someone else infarct we tend to do it automatically.   We judge people in many ways.  We do this by trying to find faults in people and we do this by comparing others to ourselves.  Engaging in these types of behaviors is toxic to us and the person we are judging.

Learning how not to judge people is essential to living a happy and peaceful but it is easier said than done.  What many people do not realize is when we judge someone we are projecting the things we dislike about ourselves onto others.  Why do you think we feel so strongly about a judgment we make upon someone?

In order to stop judging other people we need to quit judging ourselves.  When we judging ourselves harshly we will find that we will also see others in a different light.  We tend to find the good in others.  There is good attributes in everybody and if we focus on them we then will notice that people will also judge us less.

This may seem like some cooky theory that deals in "laws of attraction" but its not.   We do attract the type of people and things we think about the most and you can see this every day.  If you think about how wonderful the day is you will see that more and more great things happen.  The same holds true with a bad day.  If you think geez i'm having a bad day and gosh I don't think it can get any worse.   what happens?   My point is when you focus on the good in people you will then have people in your life that will focus on the good in you.

Oddly enough when it comes to judging people I see this the most prevalent in religious circles.   Many pastors and religious people spend a great deal of time casting judgments upon others and i'we especially seen this among the Christian community.   The concept that these well intentioned people do not understand is that their message would be much better received if they choose to love and accept others.

The other day  while driving down the street I saw some abortion protestors waving their signs outside of an Abortion Clinic and they were shouting some really awful things.   My heart automatically went out to the poor women who had to endure that type of judgment when they are already going through more pain than we will ever know.

Those protesters could have made so much better use of their time while conveying their beliefs.  They could of spent time teaching women about adoption and other options for pregnant women but instead these women were being called every name in the book.  It broke my heart when I saw this.

Think for a minute about how much better of a place we would live in if we would love more and judge less.  We would avoid a great deal of  un--needed drama and stress.  Our lives would be much more balanced and peaceful.

Things are Not Always as They Appear

Learn How Not to Judge Others

Have You Ever Felt Judged Negatively by Your Peers?

How not to Judge Others - In Pictures

More of Pamela on Wizzley

How to Handle a Betrayal
Many times someone we love betrays us and in order to get through it we must learn how to live with betrayal.
Updated: 02/15/2012, PamelaA
Thank you! Would you like to post a comment now?
52

Your Thoughts and Comments on Learning How to Not Judge Others

Food for thought. We tend to judge people without realizing they may have issues we know nothing about. Thanks for a thought provoking article.

How to Handle a Betrayal

Many times someone we love betrays us and in order to get through it we must ...

Low self esteem can negatively impact a life in so many ways. It can keep a p... 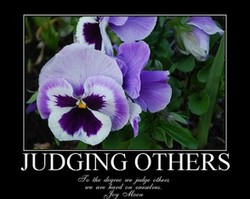 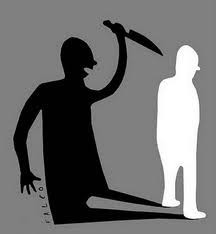 How to Handle a Betrayal

Many times someone we love betrays us and in order to get through it we must learn how to live with betrayal.
20%  2   2 athena2011
Personal Development 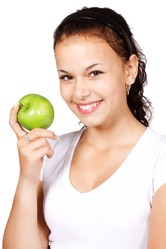 Low self esteem can negatively impact a life in so many ways. It can keep a person from achieving their best in life.
Loading ...
Error!