How To Make A Paper Doll

An informative guide how to make paper dolls. Get your young girls busy creating.

How To Make a Paper Doll

Get Your Girls Busy Creating

All little girls or the majority of them like to play with paperdolls and dolls and barbies. When I was little I was given a Raggeddy Anne Colorforms and other old fashioned paperdolls. I spent hours playing with them. When my mom and her best friend were little, they had trunks filled with paperdolls. They were the really old ones.

Nowadays, you can get the reproductions of all the old ones. Ebay is a great place to get the originals.

OPDAG magazine is an official magazie devoted to paperdolls. The editor is the daughter of a mother that makes lots of paperdolls. It is based in Kingfield, Maine. She puts out two magazines. One is called Paperdoll Review and is devoted to all the old ones and you can still buy the reproductions.

The other magazine is Paperdoll Studio and is dedicated to new paperdoll artists. I have been creating mine for eight years.

So here are tips for little girls to make their own.

1. A good lightbox is very helpful. Some toy companies sell some geared for children that are really cute if you're looking for something cute and girlie. I like a good quality lightbox that you can plug in. The kid ones usually take batteries and if they leave them on when not in use, the battery runs out and it collects dust for a while until they ask for it again. Sometimes they can see what they're drawing better with a no frills one. I got mine at Utrecht, or Dick Blick or Daniel Smith. Utrechts prices are good and they cater to artists and budding artists.

2. So they want to create. Let them get into it and express themselves. Let them get messy if they do. I've always been one not to interrupt a creative child. It's so important for them to get into the process.

3. Sometimes it might be helpful for them to choose a picture so they can get a basic outline. Sometimes children hav a hard time with body parts. But I would also encourage them to create their own if possible. Even I use an outline sometimes if I like the position of the body parts. But it stops at the outline. The lightbox helps them to trace the outline. Then they can go in and create their own face and hairstyle.

4. Have them create a bathing suit or a really short nightgown. Bikini or full piece. Or they can have the doll wear short and a tank top. Why I say this is when they go to create their other costumes and outfits they will have the freedom of creating things that are going to not sure the basic underwear garment that is on the doll.

6. After they have the doll created, then the lightbox comes in handy to make their own outfits. Then they can see the boundaries of their doll and they can create the outfits to fit. Make sure they add some little tabs on the shoulders, waist, and maybe the legs, boots or arms. That way when cut out and folded they will fit the doll. They can color them and design them anyway they want. The design part is where they can get really creative.

8. Have them create a name for their paperdolls. Maybe they want to use their own name or maybe a favorite character or their favorite actress.

9. Another idea for little girls learning is getting a teen magazine and picking a picture and designing one from their favorite character. Tracing paper is good to have on hand. My son used to like tracing monsters and other stuff.

10. Also encourage them to create pretty backgrounds to their page. Hearts, flowers, etc... Make some props to go with the dolls.

12. It's important to teach them to be original and create their own as much as possible. Always make sure they sign their name when they are done. Sometimes it looks neat underneath their name of the doll.

13. And if your child would rather just play with a store boughten one, there are cute Disney ones, Barbie ones and sometimes different types of wooden sets. I think that Melissa and Doug company usually has several sets that are cute for little girls.

But if they want to take their time and create their own, they are becoming budding designers and fashionistas.

Excellent suggestions. I like how you gave examples of how even boys and teenagers can use paper dolls - not just little girls.

Dotee Dolls - Make and Trade Them for Fun!

The Dotee Doll (or Dottee Doll) was created by crafter named Dot - to trade, ...

Fun Paper Dolls to Cut Out and Dress

These paper dolls are outrageous, fun and not just for the children! Whether... 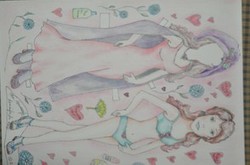 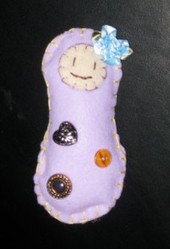 Dotee Dolls - Make and Trade Them for Fun!

The Dotee Doll (or Dottee Doll) was created by crafter named Dot - to trade, not sell! Join the club and make a doll for therapy and fun - and find a friend to trade with!
59%  7   5 KathleenDuffy
Doll Making 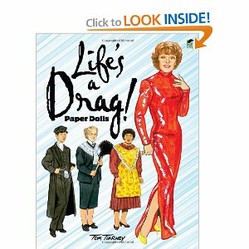 Fun Paper Dolls to Cut Out and Dress

These paper dolls are outrageous, fun and not just for the children! Whether your taste is High Brow or High Camp - there's something here for you. Sharpen those scissors sisters!
Loading ...
Error!