Lost In Her Thoughts a poem by Jennifer Jo Fay

Lost In Her Thoughts a poem by Jennifer Jo Fay. A poem about a girl being dumped by her boyfriend, husband or lover and she wants to die and seek revenge.

Lost In Her Thoughts

a poem of sadness

Lost In Her Thoughts

in and out of dreams.

Her mind was filled with sorrow

for a love that could never be.

Still as a fallen doll,

she sat upon the coldness

Still clad in her delicate white

party dress and her pale white

she pondered her silence

that broke in shards of cracks.

She stared at her blank wall

and her thoughts travelled

over what was said and done.

Her artificial tears were gathering

up inside her sullen brown eyes.

She had lost her man forever

and now she cried out her pain.

She wanted to feel him

and longed for kisses on her neck.

She wanted to see

the flowers once more

that he had once had given her.

inside a black bag,

along with her broken heart.

she felt she could tear no more.

Yet, within her fragile moments

she could simply see no happiness

upon a future dim.

She wanted to go bang

and plead to know why he left.

He didn't give an answer,

as he simply left her clear.

Yet, she knew that he had secrets,

she had yet to crack.

A lover was there

he told Melenna to go.

and never knock upon my door again.

You just was not my perfect fit,

so leave and find

and left a trail of tears behind.

She drove herself to her ocean

and drowned herself within.

she chanted a solemn curse.

"I shall come back to haunt you, dear

and I'll rap upon your door

And when you open

I will kill you with my sight.

I sure shall be

and I will scare the death of thee.

Melenna was one of those girls that was hurting deeply for the loss of her lover.  Saddened and rejected she felt immersed in her tragic pain.  She drowned in her sorrows and felt as if her world was tumbling and she wanted to end it.

Then she thought of the ocean and felt like drowning herself.  Yes, she could do that.  Feeling the water plug up her body and she would simply drown herself.  She got into her car and drove herself there.  All the while she was thinking of a curse she would put on him.  She wanted to haunt him for the rest of his days.  She vowed that he would see her bluish body in her lacy dress every day of his life.

She was that slumped doll, and she was fragile and in pain.  Lifelessness felt really good at the moment.

She rushed into the ocean, letting the waves thrash against her body.  She immersed herself into it's icy coldness and let it devour her whole.  Bubbles released from her blood red mouth and she suddenly began to float.  Floating into death and plummeting into an eternal state of unwoken death.

She would revenge her lover and come knocking on his door.

A poem of memory about love and life.

This is a poem/story about "New Love" 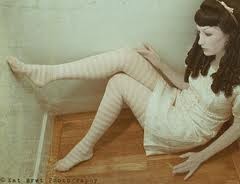 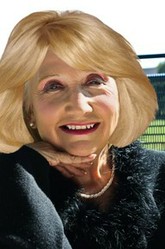 A poem of memory about love and life.
35%  3   4 Jerrico_Usher
Romantic Poems 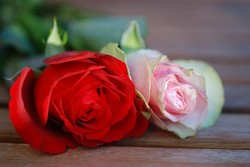 This is a poem/story about "New Love"
Loading ...
Error!