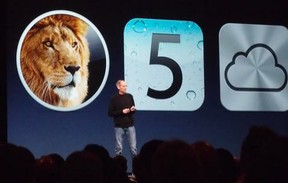 At an Apple Worldwide Developers Conference in San Francisco, Moscone Center, on 6th June, the Apple CEO, the one and only Steve Jobs and his team (VP Phil Schiller and Scott Forstall VP of iOS engineering) announced 3 new products:

To the delight of the auditorium, a skinny Steve Jobs, he is a cancer survivor, came on stage to present iCloud... which has the potential to stop Music piracy.

It was emotional, he entered on the stage and the James Brown's "I Feel Good" started playing. 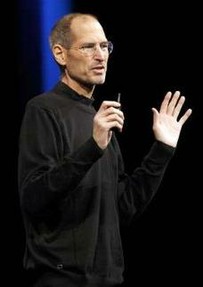 Keeping all the devices on sync was hard, so iCloud service was created as a repository. The entire digital staff will be move into the iCloud which is a FREE Service. iTunes is available today in beta in the iCloud. 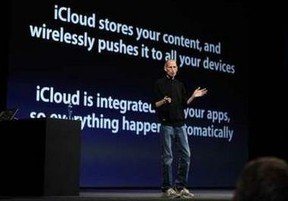 How this is working:

What is happen with the music which was obtained using not ethically means? That music is not on iCloud. Ups! This service is viewed as a possibility to stop piracy.

Phil Schiller present Mac OS Lion which will be available in July, and sold exclusively through the Mac App Store. 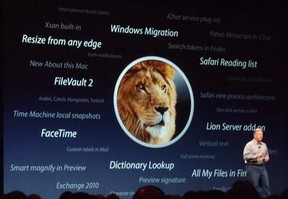 iOS is consider a major release, it supports iPhone 3GS, iPhone 4, iPad 1, 2, iPod Touch. At the conference, Forstall point out new features as:

iOS 5 it is a beta version at this point, but it will ship in fall.

Yep! But there is a category which will hate iCloud service... the music pirates... LOL.
Hey, we cannot please everybody, so we must pick and choose from time to time. i think Apple made the right choice!
Thanks

I heard about iCloud briefly earlier this month, but reading a little more about it, from this page, I have a better understanding of what this service is. I'm sure Apple users and fans welcome this new service.

Nightbear, iCloud is on, the others one is in Beta, and one will come in July.
Thanks for stopping by

Yes Nancy, it was emotional because the Internet world love Steve Jobs, and they follow his progress, his enthusiasm is contagious, and if Apple is a great company today... it is because Steve is such a great personality, full of ideas and hard working normal guy.

I haven't heard of iCloud before now so thanks for the heads up. I enjoyed reading about the presentation of his new products by Steve Jobs and I imagine that was a very emotional introduction with the playing of "I Feel Good!" by James Brown.

It sounds wonderful, but most of there stuff is, now isn't it? I am surprised by how thin Steve is, but I didn't know he had cancer. Good for him! I hope he beat it thoroughly.

To follow the Information Technology Trends is a source of success which I th... 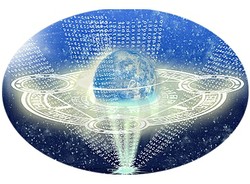 To follow the Information Technology Trends is a source of success which I think is overlook nowadays, and it is a a great value attached to it.
Loading ...
Error!