Is the Insanity workout DVD all it is hyped up to be? Have a read and see if it is worth your time.

Getting fit is the goal of a lot of people these days as people live increasingly sedentary lifestyles. There are innumerable ways to accomplish this feat and the Insanity Workout DVD is one of the ways increasing numbers of people are using to get fit, build core strength and lose weight. This sixty day, interval training system developed by Shaun T features 10 ways to accomplish its aim. This article will explore whether the insanity workout DVD is worth your time.

You might wonder how long it will take you to improve your fitness and see results with this insanity workout DVD.  According to Shaun T and the many converts has has amassed, it will take you around two months to truly experience the benefits of Insanity, particularly if you are just starting out with exercise and fitness.  Bearing in mind how long it took you to get into your current state of fitness, this is not really an excessive amount of time especially when with the use of such advanced methods.

If you are based in the UK, you can get your copy of the insanity workout on Amazon.

Interval training is not unusual in fitness training.  Lots of fitness programs both at home and in the gym use this system of building fitness in a short time.  In Insanity, however, it is called 'MAX interval training'.  No extra equipment is required - all you need is your willpower and determination.  You can just get stuck right into it, right there at home in front of your television set.

It turns traditional interval training on its head by suggesting you work hard for 3-4 minutes and then you take a rest for 30 seconds before starting the interval all over again.  This has proven to be pretty useful and helpful to a large number of people though this is to be expected when you consider the creator of this DVD workout set.

The man behind the Insanity

Developing a workout system that strikes a chord with fitness users, young and old, is not a simple feat.  Yet, Shaun T has managed to create at least two bestselling programs.

His first workout series was released in 2007 called Hiphop Abs which targetted the stomach muscles in various ways and in 2011, he released Insanity.  Both of these bestsellers were created under the very successful Beachbody banner.

Between 2007 and 2011, Shaun T was busy creating other DVD series including two for children from age 7 and another one for pre-teens.  They were called 'Shaun T's Fit Kids Club' and 'Get real with Shaun T' respectively.  With obesity on the rise in young people, it was a timly addition to the market.

The insanity program is definitely the accumulation of experience gathered over the years and its delivery is excellent.

Working out can be somewhat tedious particularly when the same actions are performed repeatedly.  The insanity workout features ten ways to to get fit.  With ten DVDs which introduce the plyometric system of working out, you will learn and experience getting fit using just your body to build momentum.

With all the reasons given above and more besides that time does not allow us to explore, the insanity workout is an excellent system that uses old methodology in a new, hard-hitting, novel way to bring about results.  It remains interesting due to the ten ways one can get fit and it is created by a guy who has the health interests of the nation in mind.

So what is the warning?

Other articles of interest

Yes, it is definitely intense but gets better the more you do it. First time is a killer. Thanks for stopping by!

I just saw this on TV last night and thought about getting it. I still have to determine if I think I can do this. It looks really intense.

Kids' summer activities are a great way to have fun as a family and bond with... 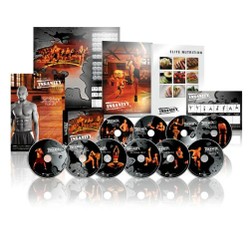 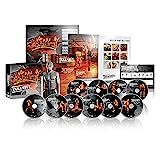 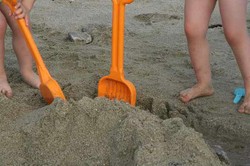