Is the world ruled by magic? Is it the good versus the bad magicians?

Many people believe in the Law of Attraction and that the world is made from what we think and what we desire, that our minds create the world we share.

There are more good magicians

This world is in a terrible mess right now because a small number of black magicians or sorcerers have made it that way even though the good magicians far outnumber them. At least that is the theory. So who are the good magicians? We the people are but a lot don't know it yet! There is a call being heard though, a call to wake up and create a world we are happy with.

The elite who run the show here are very successfully manipulating the masses with media panics and fear-based messages, mind-control, and mind-numbing diversions like all the trash TV, which are the equivalent of what were known in Roman times as the "corn and games" for the Plebeian masses.

They have been very clever in making slaves out of the populations even though many of the slaves don't know they are unless they stop to think about it. Slaves to jobs they don't like, slaves to the clock, slaves to addictions, slaves to religious dogmas and slaves to fitting in, are some of the many faces of slavery but it is all disguised under the banner of democracy. People are taught to believe they live in a free country not the facism and police state it really is.

But there is an answer. It IS in The Secret, or the Law of Attraction. It is the basics of magic as practised and studied in the occult. It is causing what you want to be in the world. It is being at cause and not being a victim or on the receiving end. We all have the power to create and ask of the universe for what we desire.

The real change, not the empty promised change that Obama talks about but doesn't deliver, is that worldwide people are waking up and seeing that they are living in a world of lies, in a world that has been manufactured by a small number of incredibly wealthy families, and that these people are not the good people we are led to believe that are at the top and people who we should look up to but rather are a load of super crooks, liars and warmongers!

Buy The Secret on DVD

Buy the Law of Attraction

The world in the palm of your hand

The whole world in your hands

It is like the scene in The Wizard of Oz where the all-powerful and mighty Oz is unmasked as a little old guy behind some fancy curtains and a load of special effects. That's all it is. That's all the robes and titles of the royalty are - special effects to show who much better they are than you.

It's a lot of nonsense. They can get body odour and their poo smells bad just like everybody else's poo. They are just people hiding behind an image and taking the rest of us for everything they can get.

Buy the Wizard of Oz on DVD

A poem by Leonard Cohen

God is alive magic is afoot

A pandemic of health

There are a growing number of people who have had enough of the negativity and manufactured fear regarding Swine Flu and the vaccination for it. Both scenarios are painted as bad - according to the media the Swine Flu can kill you and according to the alternative media, the vaccines can too and are even more of a danger.

Either way it's a very bad deal and something to worry about. BUT there is an alternative - instead of a pandemic of Swine Flu and fears about a vaccination, why not have a worldwide pandemic of health?

You see it has been shown that if a number of people focus on causing something through prayer or meditation or visualisation it has a massive effect in bringing it about. It can override the fear and mind-control of the elite and their main tool the media.

To cause a Pandemic of Health for all, all that has to be done is everyday for people to make an affirmation in whatever way they want to express it around the words and thoughts the words evoke: I AM THAT OPTIMUM HEALTH, I AM. That is the basics.

This can be sang, spoken, shouted, written on paper, painted as art or just silently spoken inside yourself but what is important is the intent behind it, and because there is a power in numbers of people all working on the same thing - it is best if everyone focuses on this at the same time. The idea is for people to feel and believe I AM THAT OPTIMUM HEALTH, I AM at 9am in the morning and at 9pm at night every day.

Together let us see if we can manifest health in place of the fear, illness and death the elite controllers want for the population.

There are far more of us than them! We are the billions and they, the elite, are in their thousands!

Let's turn the world around and see some real change!

God is alive, magic is afoot is on Illuminations by Buffy Sainte-Marie

So are you with us on this?

WE ARE HEALTH, OUR IMMUNE SYSTEMS ARE THE HIGHEST THEY HAVE EVER BEEN AND ARE GOING HIGHER.

WE ARE MASTERS OF OUR MIND, BODIES AND SOULS.

NOTHING GETS PAST OUR HEALTH PROTECTORS

We are naturally healthy 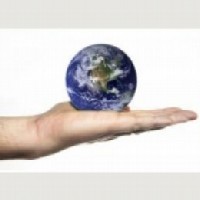 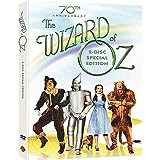 Singer-songwriter, author and poet Anthony Reynolds has written a biography of Leonard Cohen. This book on the life of the Canadian legend is published by Omnibus.
20%  2   2 BardofEly
Pop Stars