Benjamin Fulford is an outspoken conspiracy theorist, author and former writer for Forbes magazine. He lives in Japan and has had a lot to say about the Fukushima disaster.

Who is Benjamin Fulford?
Benjamin Fulford lives in Japan and is well known to conspiracy theorists because of his outspoken views that incorporate much of what such people believe about the world, including the Illuminati, the role of secret societies and the use of HAARP for sinister purposes. He is also famous for having conducted an interview with David Rockefeller.
Bizarre as Fulford's interviews, speeches circulating on videos, and claims are, he is nevertheless, a former writer for Forbes magazine, a journalist with an impressive CV and an author of many books published in Japanese.
Fulford has mentioned several times that the Illuminati have the ability to trigger earthquakes and tsunamis using HAARP and other advanced secret weaponry. He claimed that Japan had been threatened with an earthquake being deliberately caused, so now that the disaster has happened more people are taking his claims seriously. However, he has also issued a recent message saying that the radiation threat to the world is more of a fear campaign than a reality.

Benjamin Fulford recorded an interview on the 10 April, 2011, in which he was speaking from Tokyo where he claims that background radiation is within the normal range and that he has checked using a Geiger counter he personally owns. He says that what is happening worldwide, via the media reports going out, is that a psychological campaign has been launched to cause the populations of the world to be living in further fear, fear of radiation and fallout that is nowhere near as serious as it is being claimed.

Fulford has said that the world is suffering from "psychological radiation." He has asked the people of the world not to be afraid. I hope he is right and liked his positivity when I first came upon him some years ago.

He claims that the evil oligarchs, who are also known in conspiracy theory as the Illuminati, carried out their threat against Japan, and further that a fleet of American ships planted nuclear bombs in the ocean that caused the devastating tsunami. He says that the proof of the tsunami not being a natural one was that it went in a single direction.

Benjamin Fulford talks about Japan ahead of the disaster

Benjamin Fulford claims to be a spokesperson for the White Dragon secret society and says that the oligarchs that have been running this planet threatened Japan because they wanted a great deal of money.

He claims that the leaders of this cabal are George Bush Snr, Henry Kissinger, David Rockefeller and other men including The Pope. We only have his word for it and this is standard conspiracy theory belief but is it real? I will leave you all to decide for yourselves.

Fulford says that members of the White Dragon organisation have had enough of the ancient cabal and the military industrial complex that has caused so many deaths and so much suffering and destruction, and that the days of these evil men's power and control are now numbered.

Who really runs the world?

Benjamin Fulford claims that free energy technologies will be released and the world will finally benefit from these ways of living. He says that the oil industry and use will be gradually phased out. He says that, among many things, that it is possible to vastly increase the number of fish in the oceans again, transform Canada, and turn the world into the paradise it was meant to be when these technologies are put into use.

This may all sound like something from a science-fiction movie or a Utopian dream  but if you want to research for yourselves you will find that Fulford checks out as I have stated. Once again, all I can really say is I hope he is right!

Find out more about Suppressed technologies

ATTENTION!!! UPDATE FOR THE GOOD PEOPLE OF THE WORLD!!!

A message from Ben Fulford

Find out more about Ben Fulford

An introduction to Naha City. Here we enjoy the Naha Festival and one of the...

Okinawa ~ nearer to China yet undoubtedly Japanese. The Ryukyu Islands are a ... 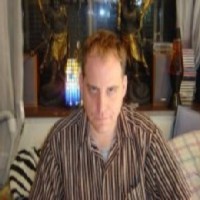 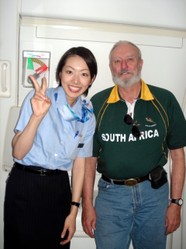 An introduction to Naha City. Here we enjoy the Naha Festival and one of the Gardens in this friendly city. Small and clean, friendly and honest, this to me epitomises Japan.
49%  5   5 Ralpapajan
Japan 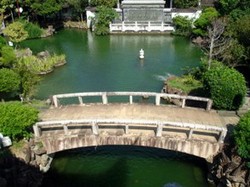 Okinawa ~ nearer to China yet undoubtedly Japanese. The Ryukyu Islands are a fascinating area to visit. The way of life and the unique Culture is more than just Japanese.
Loading ...
Error!