Sociologists, economists, and policy makers struggle with defining who constitutes the middle class

During the 2012 U.S. presidential campaign, the Republican candidate Mitt Romney, whose income in 2010 was $21.6 million, included himself in the middle class. But, the vast majority of Americans were not buying that claim. A Wall Street Journal/NBC poll in September 2013, found that 90 percent of respondents defined a middle-income family as having annual earnings of at or below $100,000. “Everyone wants to believe they are middle class…But this eagerness to be part of the group has led the definition to be stretched like a bungee cord.” That’s Dante Chinni, writing in The Christian Science Monitor in May 2005.

Economists rarely agree on anything. In fact, two practitioners of the "dismal science" who hold opposing theories about the cause of the U.S. housing bubble shared the 2013 Nobel Prize for Economics.

According to Trish Hennessy of the Canadian Centre for Policy Alternatives the number of economists who agree on a definition of the middle class is zero.

She writes (March 2013) that what qualifies as a middle-class income “varies based on whether you look at family or individual income, provincial or national data, before or after tax.”

As explained by John Cleese, Ronnie Barker, and Ronnie Corbett

By their quintile they shall be known 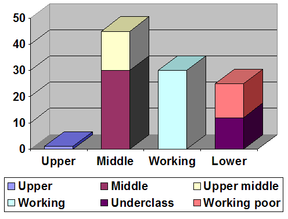 Often, Canadian families are divided into quintiles; these are five blocks of 20 percent each. The middle quintile has incomes between $60,000 and $85,000.

Bill Easterly of New York University says the middle class is made up of those people in the middle quintile and the ones on either side of it. So, for Canada, the middle class takes in those whose family income is between $40,000 and $125,000.

The One Third Rule

Does a family have money left over after essentials? 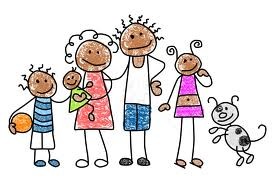 Another way to decide who is and who isn’t in the middle class is to use the “one-third rule.”

Here’s how The Economist describes it: “Middle-class people do not live from hand to mouth, job to job, season to season, as the poor do,” and that the middle class begins “at roughly the point where people have a third of their income left for discretionary spending after providing for basic food and shelter. This allows them not just to buy things like fridges or cars but to improve their health care or plan for their children’s education.”

This type of measurement allows for variations in national economies. So, for example, in China, where the cost of living is much lower than in the U.S. or Europe, an annual income of $3,000 might be enough to pay for a middle-class lifestyle.

Some experts say middle-class membership is not just about money

American writers Barbara and John Ehrenreich define members of the middle class as “salaried mental workers who do not own the means of production…” This sets them apart from hourly paid manual workers on one side and the wealthy corporate owners on the other.

In 2010, the United States the Department of Commerce came up with a very broad definition of the middle class. It is described less by income than by a desire for “home ownership, a car, college education for their children, health and retirement security, and occasional family vacations.” But, that’s a list of goals that includes just about everyone.

The Importance of Education

People in the middle class place a high value in education. By grooming their children through higher learning they seek to ensure their offspring form the next generation of middle-class members. 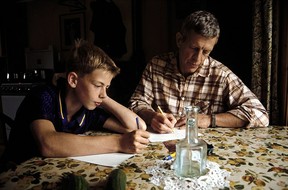 Middle-class parents tend to be involved in their children’s education and in shaping them to become productive members of society. Children in middle-class families are signed up for after-school activities such as sports and music, or getting extra coaching in weak subjects. For many young people from middle-class families the idea of post-secondary education is a given; from an early age, it is assumed the child will go to college or university.

A study conducted in Britain by J.W.B. Douglas is quoted by the History Learning Site: “…middle-class children receive greater attention and stimulus from their parents. Middle-class parents were more likely to encourage their children to do their best in a wide variety of activities. This forms a basis of high achievement in the educational system.”

American sociologist Herbert H. Hyman studied masses of data in the late 1960s and concluded that lower-class people have a less optimistic view of the future. He wrote that middle-class members, by contrast, believe there are good opportunities for personal advance. This explains the value placed on education and underlines another characteristic of the middle class – planning for the future.

So, middle-class people try to build up capital by saving and investing in property. Also they sacrifice the immediate seizing of pleasures in order to gain rewards in the future.

“How Do you Define Middle Class? People who Make what I do.” Sudeep Reddy, Wall Street Journal, September 13, 2013.

I agree with those who say the middle class is not just about money. I've always been middle class - both my parents were teachers. It seems that the way my family thinks about money is just different from the way those whose family members earn an hourly wage approach it, even if they earn more than we do (especially right now!). 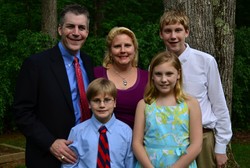