These motorized ride-on cars for kids are available with and without Parental Controls. Here's several battery-operated car models and their reviews for a clear decision.

Electric cars for kids have any number of styles, sizes, weight capacities and features; it can be downright daunting. Some ride~ons have speed control, while others have additional safety features like approach warning and parental remote controls. Battery operated, aka electric cars for kids are always tops on kids' gift lists and these best-rated models promise to keep them entertained and outside for hours. Scroll down for a peek at the best in ride-on cars for kids with and without parental remote controls.

All These Cars: Parental Remote Control Ride-Ons--or Not?

Small children have a lot of coordinating to master. For this reason, kids under age five are best reserved to cars with parental controls.

After much review, I highly recommend this option when considering and purchasing your child's first vehicle, as many mechanisms need mastering before operating any vehicle solo: hand/eye coordination, cause & effect and speed to stopping distance being a few. Safety first!

Safety First with this Jeep Ride-On

This JEEP style ride~on looks like the real thing but has the safety features of a well-appointed toy.

You can rely on the parental controls until you're confident of your child's skill level, so you can enjoy the toy instead of constantly worrying.

I did read where on parent reports where they've jumped curbs with this model but I wouldn't recommend it unless your kids are fully-padded. Seriously.

Learning to Ride as Kids Go

Many of these battery-powered cars have top speeds of 2-3 MPH, like this SportTrax Bugatti-style ride-on, making for a safer ride.

Along with parental remote controls, it's a good idea to implement your own driver's ed course of sorts. One way to teach kids to steer properly and learn the car's mechanics is with small cones similar to those used for street hockey.

Set the up in a course fashion and challenge your little one to keep within the cones; this way they'll enjoy the learning process.

This fun Bugatti replica ride-on has the safety features of the Mercedes cars above and a cool dash volume knob with its MP3 connection. Other fun features include:

This officially licensed Bat Mobile looks like the famed comic book classic car many of us remember since childhood.

The speed tops out at 4 Mp, promising a safer ride for children age 2~5 and up to 60 lbs. Convenient battery charges after 3~4 hours for a can ride up to 2 hours. Little ones can buckle in and learn the rules of the road as you navigate with the remote control, giving you better peace of mind while older, more experienced kids can graduate to solo. Easy on/off switch and cool multi~colored central headlight.

A note About 12V & Two-Seater Cars

The following featured ride~ons for toddlers and kids do NOT have parental remote control. Most do have 2 speeds, though. I highly recommend your child wear a helmet just to be assured a safer ride. Familiarize your child with every part of the ride~on before the test drive. It's a good idea to place your child in the seat while you instruct. Ask your little one to repeat what you've just said. Kids can get so excited they may miss an important detail. Hold on your child as you engage the car in "drive". Talk a lot about being safe.

It's with these electric-type toys where ratings are really important--especially if they'll be a gift-- as there's an awful lot of low ratings with the off brand ride-ons.

I was happy to see this popular Power Wheels Dune Racer enjoy a near perfect rating among parents. I recommend reserving this car to older drivers as its top speed is 5 MPH going forward.

For reliability, design and fun, I give this Dune Racer a two thumbs up.

Lots of Features & Different Measures of Safety: Take Note of the Ratings

I noticed while perusing the available ride-ons and noticed that Power Wheels are often the most highly rated (4.5 out of 5) among the battery-powered cars.

This Power Wheels Cadillac Escalade kids' ride on motor car takes two 3 to 5 year old boys and girls for a double-the-fun ride--especially if you've siblings who want every turn at the wheel to be 'their turn.' And having twin boys, I'm speaking from experience, here.

~Included battery charge indicator alerts when it's time to refuel

Fun with Kids' Ride-Ons: My Story

We often have a blast at neighborhood parties, particularly in the summer time. One year, we had a Memorial day picnic in one of our cul~de~sacs where children paraded around in their various "wheels" which grew to include scooters, bikes, roller blades, tricycles, skateboards and the fun, electric ride~ons like I've featured here. A prize was awarded to the most creative of joy riders. Each child decorated their wheels with balloons, streamers, lights and such; one child had about five pin wheels (my fave)! Pretty cool. The parade was quite the sight and the children loved every minute of it. In the end, every participator received a small toy prize with the winner receiving the largest toy. What a great idea that was! My only regret was not owning a video camera at the time (mind you, this took place before the advent of camera phones).

Maybe you might want to suggest one such parade in your neighborhood during an event, child's birthday party or just for fun. It's a great impromptu thing to do with children on a not~so~hot day. Be sure to have a camera of some sort at the ready!

Here's a cool tip for children's prizes: Often the dollar store has cool stuff that's ideal for party favors or events like our block party. I've found licensed Disney puzzles, flip flops with fun designs, water noodles and arts and craft sets, just to name a few. Also, I look for dollar bargains in clearance aisles of big box department and craft stores. Once, I found those cute mini fans for under one dollar. You'd be surprised what you call accumulate in year's time for next to nothiing.

I wrote this piece to give parents and family a glimpse of the best of battery-operated motor cars for kids. If you found the ideal fit for a ride-on car for your child here in this article please do write about how it was received; I'm sure you won't be disappointed!

How Old is Your Young Driver?

Comments: Share Your Ideas for Having Fin with These Ride-On Cars

KIds love this Ride On Cars.

Art desks and tables with storage like these, have plenty of supply nooks, dr...

These motorized ride-on cars for kids are available with and without Parental... 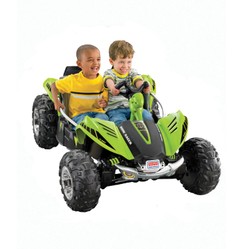 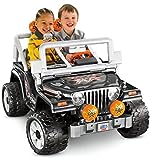 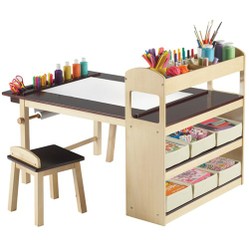 Art desks and tables with storage like these, have plenty of supply nooks, drawers and shelves for all those lines, and rainbows of color that somehow come together as art.
19%  1   2 HomeArtist1
Cars

These motorized ride-on cars for kids are available with and without Parental Controls. Here's several battery-operated car models and their reviews for a clear decision.
Loading ...
Error!