Prince Jefri Bolkiah of Brunei has a taste for fast cars, beautiful women, and the ostentatious spending of vast wealth that may not have been his own.

Brunei on the north coast of the island of Borneo in Southeast Asia sits on a large deposit of oil and natural gas. Sultan Hassanal Bolkiah rules the country as an absolute monarch and, until 1998, his younger brother, Prince Jefri Bolkiah, was finance minister.
According to Forbes (August 2007), the Sultan of Brunei is the world’s richest monarch, “worth $22 billion, 36 times more than the Queen of England.”
His garage, says the Guinness Book of World Records, holds “around 500 Rolls-Royces - the largest collection of its kind in the world.” Plus there are numerous Ferraris, Formula 1 racing cars, and many other high-end vehicles “believed to be worth around $4 billion.”
Clearly, the Sultan is no slouch in the field of extravagance but his younger brother, Jefri, eclipses even this conspicuous consumption.

The Guardian (December 2010) notes that Prince Jefri Bolkiah “at one point owned more than 600 properties, 2,000 cars and several works by Renoir, Manet, and Degas.” 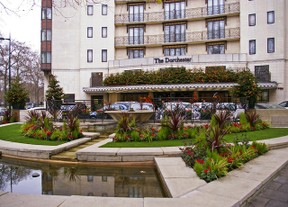 Among the properties that have been in his portfolio are London’s Dorchester Hotel, a 23-room mansion on Long Island, and a Paris apartment next to the Ritz Hotel equipped with tissue-box holders made of solid silver and whose décor featured the heavy use of gold paint.

Writing for Vanity Fair (July 2011) Mark Seal says Prince Jefri “has probably gone through more cash than any other human being on earth…[and that his] “well-publicized expenses had once been estimated at $50 million a month.”

There was a fleet of nine planes including a Boeing 747 and an Airbus A-340. And, of course, the must-have for any self-respecting billionaire, the massive luxury yacht that can accommodate 72 guests. As The Telegraph comments (June 2008) the boat is “called Tits (complete with the tastefully named tenders Nipple One and Nipple Two)...” a reflection of the prince’s other interests.

The Sultan of Brunei Visits the U.S.

CNN’s Erin Burnett gives a brief report on the Sultan’s spending although it’s been noted his greatest extravagance has been his brother Prince Jefri Bolkiah.

The Love Life of a Prince

Jefri Bolkiah’s exploits in the boudoir are legendary. He has three current wives and two ex-wives, plus an unknown number of close female friends. His children number 17 or 18 (accounts vary) and there is frequent mention in the tabloid press of his “harem,” staffed by some of the most alluring women in the world.

One of his consorts, the American Jillian Lauren, wrote a tell-all book, “Some Girls: My Life in a Harem,” about her liaisons with the prince that was published in April 2010.

Clearly proud of his prowess the prince commissioned four life-size statues of himself and his former fiancée Micha Raines, who is described by The New York Daily News as a “Las Vegas lovely.”

The couple are immortalized in several amorous embraces in which, as The Daily News puts it, “they wore expressions of ecstasy and nothing else.”

A vivid and lengthy description of the Prince’s lurid dalliances is included in the Vanity Fair article noted above.

The Asian financial crisis of the late 1990s sideswiped the spendthrift prince. In 1998 he was fired from his job as finance minister and as chairman of the Brunei Investment Agency (BIA).

His brother, the Sultan, also wanted an explanation about almost $15 billion that appeared to be missing from the royal treasury. Lawsuits were filed and claims of innocence made. Eventually, the whole unsavoury mess landed in the lap of Britain’s Privy Council. (As a former colony of the United Kingdom, Brunei retains the Privy Council as its highest court). 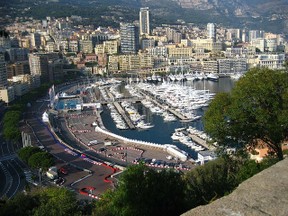 As The Wall Street Journal reports the Privy Council “ruled that the prince needed to abide by a 2000 agreement to return nearly all his remaining holdings.”

There has since been a bit of a fire sale of many of the expensive trinkets the Prince acquired and a secret agreement with his brother appears to have saved him from the embarrassment of going to jail.

However, there is still a warrant out for his arrest in Britain for his failure to appear before the Privy Council. The Prince’s lifestyle today is far from that of a pauper but the jet-setting opulence of earlier times seems to be over for the 59-year-old.

“Is the Party over for Runaway Billionaire Prince Jefri of Brunei?” The Telegraph, June 14, 2008.

It is hard to imagine some people having so much wealth while many others below poverty line. It is however evident that none of this riches is going to stay long if spent extravagantly.

Wow! It's hard to imagine having that much money to play with, then to lose it. 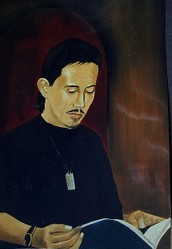