You may have never heard of him but Nigel Mazlyn Jones is an amazing British guitarist and singer-songwriter with a very distinctive style.

Nigel Mazlyn Jones - singer-songwriter and guitarist
Maybe you have never heard of him but let me assure you that you don't know what you have been missing! I first saw Nigel Mazlyn Jones singing and playing many years ago in the early seventies at the Heresy folk club in Cardiff's Chapter Arts Centre.
And I remember I had a chat with him too, although I can't recall much about it now. Fast forward on to Glastonbury Festival in 2003 and I was an MC for the Avalon Stage and Nigel was one of the acts performing on it.

The god of Hellfire

I had the ideal chance to talk to him again and we have stayed friends ever since. By a strange coincidence Arthur Brown, most famous for his hit Fire, was also appearing on the Avalon Stage, and I had met him back in Cardiff around the same time as I had first met Nigel.

I had a chat with Arthur too and he remembered me as well from all those years back. It was one of those memorable and magical moments in time.

That is the strange thing here too that just because of a hit single every one knows who Arthur Brown is but Nigel was never on that road. He may be obscure to many but that does not steal away his genius!

Nigel Mazlyn Jones is a singer-songwriter and very innovative guitar player, and I mean innovative, who manages to coax all sorts of sounds out of the instrument, and in so doing amazes and enchants his audiences. Not surprisingly Nigel has been very highly acclaimed and has very many loyal fans.

Hiit single by the Crazy World of Arthur Brown

I bring you Fire

He has played many a festival stage over the years as well as having appeared at smaller folk club venues. Nigel has worked with Nik Turner, formerly of Hawkwind, with Steve Hillage formerly of Gong, with Roy Harper and with Guy Evans, who used to be in Van Der Graaf Generator.

Nigel has played live and recorded with Nik Turner and Guy Evans and I have had the pleasure of watching him on stage with them both.

A zoo in Jersey

Nigel comes from Dudley in England originally but as a young man he went over to Jersey where he worked at Gerald Durrell's zoo helping to look after the great apes. He has a real passion for nature and the environment and this is reflected in his songs and music.

After his time in Jersey, Nigel moved to Cornwall and embarked on his career as a singer and musician. He has released various albums with the latest of these being Planet for $ale that came out in 2007.

On it Nigel asks: “Planet for $ale in need of renovation, who’ll give us two pence for a dead old globe” and “Why are the rich so bloody greedy, Why are governments so corrupt right to the core?”

Find out more about a Zoo in Jersey 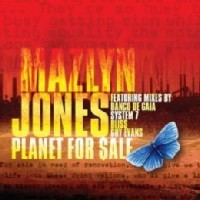 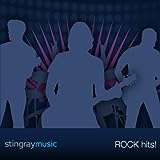 Medicine Head were a duo and then a band that came to fame in the early 1970s when they were signed to John Peel's Dandelion label. They stood out as different.
33%  4   3 BardofEly
Music Stars